History, Reason, and Power of the Spirit Confirm Divine Authenticity of Book of Mormon 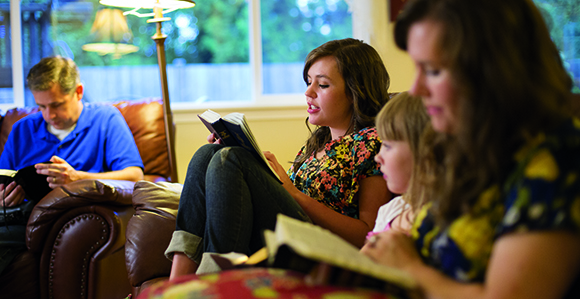 A family reads from the Book of Mormon.

“My belief is that the Book of Mormon is of divine authenticity—I have not the slightest doubt of it. I am satisfied that no man could have dictated the writing of the manuscripts unless he was inspired.” —Emma Smith

This year we will be studying the Book of Mormon as part of the Come, Follow Me curriculum. A natural question that arises at some point is whether or not this book is man-made or God-given.

The initial argument by the critics that the Book of Mormon was man-made was based on the premise that Joseph Smith was too unlearned and “ignorant” to write such a comprehensive work and therefore someone allegedly much more intelligent than he, such as Sidney Rigdon or Oliver Cowdery, must have authored it. Later, arguments arose that Joseph copied it from the Solomon Spaulding Manuscript or that he suffered from a mental disorder that somehow endowed him, an untrained writer, with superior writing skills. These arguments, however, have been so thoroughly discredited that they are seldom mentioned anymore.

So the current argument being made is that Joseph Smith was a creative genius who read numerous books, such as View of the Hebrews and The Late War between the United States and Great Britain and then copied ideas and stories from them. This, of course, is a total flip-flop, a 180-degree reversal from the original argument that Joseph was incapable, too ignorant to write such a book. Now, all of a sudden Joseph is a skilled creative writer with genius intellect. Why the flip-flop? Because all the previous explanations for a man-made book had failed.

Is there any evidence that Joseph was a good writer at age 23 when the Book of Mormon came forth and thus might have been its author? No. To the contrary, Emma Smith, his wife, noted, “Joseph Smith [as a young man] could neither write nor dictate a coherent and well-worded letter, let alone dictate a book like the Book of Mormon.”

This is staggering when you think about it—to claim that Joseph Smith, who could not write a coherent letter, wrote the Book of Mormon, with all of its historical complexity and profound doctrinal insights, in a single dictation draft in approximately 65 working days with no notes in front of him and with only minor changes—mostly grammatical.

When I recently finished writing a book about the Book of Mormon, my secretary unexpectedly asked me, “Do you know how many drafts you had?” I replied, “No,” to which she responded, “72.” I thought, “Wow. It took me two concentrated years of writing and many previous years of thinking and collecting ideas, with multitudinous notes constantly in front of me, to write a book less than half the length of the Book of Mormon and far less meaningful, and 72 drafts to do so.”

It reminds me of the observation of Hank Smith: “Someone with an experience is never at the mercy of someone with an opinion.” Accordingly, no one can ever convince me that Joseph Smith at age 23, trying to eke out a living on the edge of the frontier, with only primitive writing skills and no notes in front of him, wrote this historical and doctrinal masterpiece in a single draft in approximately 65 days, let alone in any time frame. It is beyond rational belief.

No wonder Emma Smith wrote: “My belief is that the Book of Mormon is of divine authenticity—I have not the slightest doubt of it. I am satisfied that no man could have dictated the writing of the manuscripts unless he was inspired.”

Not only do history and reason confirm the truth of the Book of Mormon, but, much more importantly, the power of the Spirit does. This witness of all witnesses bears powerful testimony to the honest in heart that this book is not man-made but God-given. And what a blessing it will be to feast upon and treasure up its inspired words during the coming year. 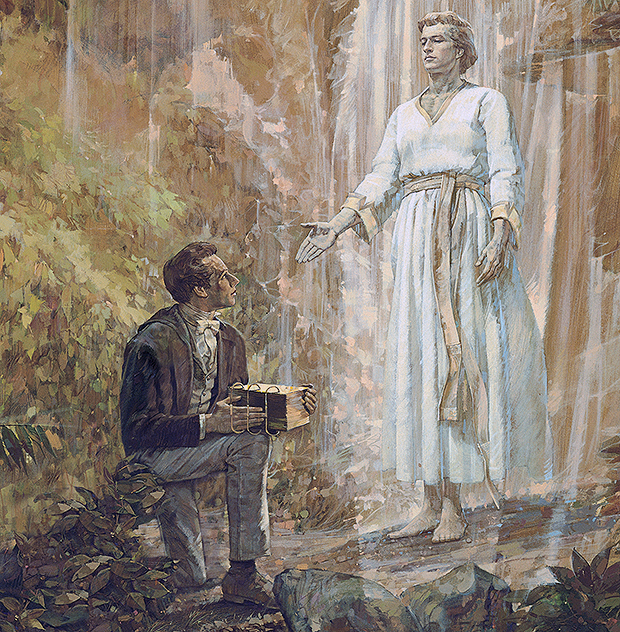