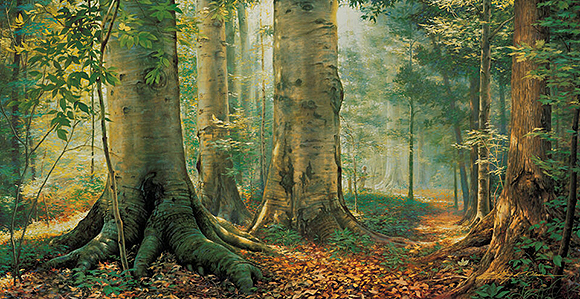 As part of the bicentennial celebration in 2020, the Church History Library has placed original records of the First Vision on display in its ongoing Foundations of Faith exhibit.

One’s understanding of history is always enriched when one considers the insights from multiple accounts of past events. During his lifetime, Joseph Smith repeatedly testified that God the Father and Jesus Christ appeared to him, taught him about individual redemption, and instructed him about the kingdom of God on the earth.

The earliest surviving account of the First Vision was written by Joseph Smith in the summer of 1832 as part of his personal history. After spending time pondering and reflecting on the great mercy of God, he penned a deeply personal account that described both his consciousness of his own sins and his frustration at being unable to find a church that matched the one he had read about in the New Testament that could lead him to redemption. He explained that from the age of 12 he worried about “the welfare of [his] immortal soul” and thus spent years searching the scriptures before offering his prayer. When Deity appeared to him, he asked how to be forgiven of his sins, and this account emphasizes Jesus Christ’s Atonement and the personal redemption it offers. Joseph wrote that he felt love and joy for many days after the experience.

Joseph Smith’s journal contains another account of his vision, written by one of his scribes in the fall of 1835. When a visitor arrived in Kirtland asking about the Church, Joseph recounted his experiences in seeking to know which church was right. This account mentions the opposition he felt as he prayed and the appearance of one divine personage who introduced another. This account uniquely notes the appearance of angels during the vision.

The exhibit also presents accounts of the vision that were published during Joseph’s lifetime. The earliest published account was prepared by Orson Pratt of the Quorum of the Twelve Apostles for a pamphlet published in Edinburgh, Scotland, in 1840. Joseph later drew on this pamphlet in responding to Illinois newspaper editor John Wentworth to describe the rise of the Church and the important Articles of Faith.

A second pamphlet, published by Orson Hyde in Frankfurt, Germany, in 1842, also drew from Pratt’s account. Hyde was returning from dedicating the Holy Land for the gathering of the remnants of Abraham’s scattered posterity and published the account in German as part of the early effort to sound the gospel message to the entire world.

A first-edition copy of the Pearl of Great Price contains Joseph’s most widely known account of his First Vision. Joseph began work on a longer history in 1838 that was compiled by scribes under his direction and completed after his death. Writing in context of troubles in Kirtland, violence in Missouri, and confinement in Liberty Jail, this later history positions the First Vision as the beginning of “the rise and progress of [t]he Church” (Joseph Smith—History 1:1). The portion of the history describing the vision was published in the Times and Seasons newspaper in Nauvoo in 1842.

Nine years later, the excerpt was republished in England as part of a pamphlet containing some of Joseph’s writings, translations, and revelations that was compiled by Elder Franklin D. Richards of the Quorum of the Twelve Apostles and titled Pearl of Great Price. The pamphlet was canonized by unanimous vote at the October 1880 general conference.

High-resolution images of the documents are available online. The Church History Library is open Monday through Friday from 10:00 a.m. to 5:00 p.m., with extended hours on Thursday evening until 8:00 p.m., and on Saturday from 10:00 a.m. to 3:00 p.m. Arrangements may also be made on the library’s website for group visits that include special downtown parking and a historical presentation. Admission to the library is free, and the public is welcome. 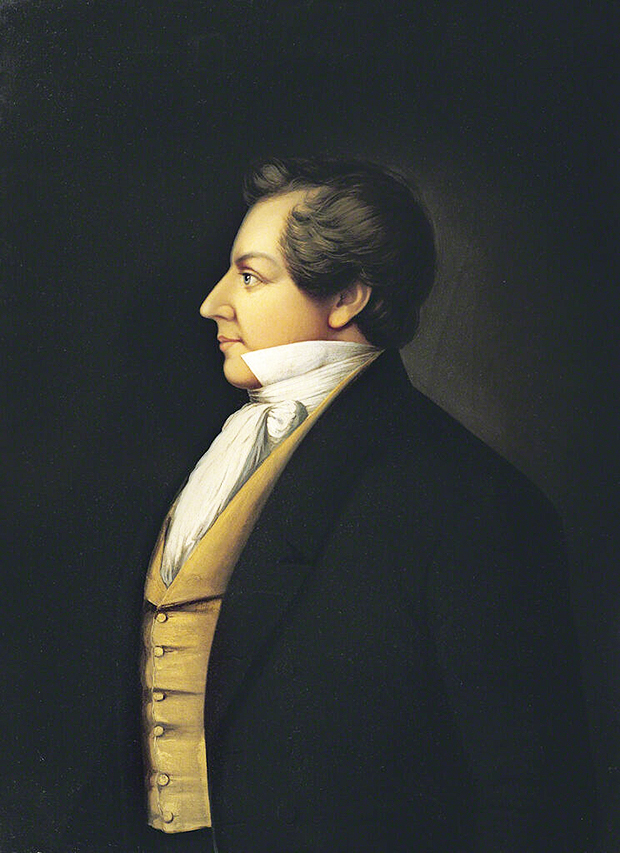 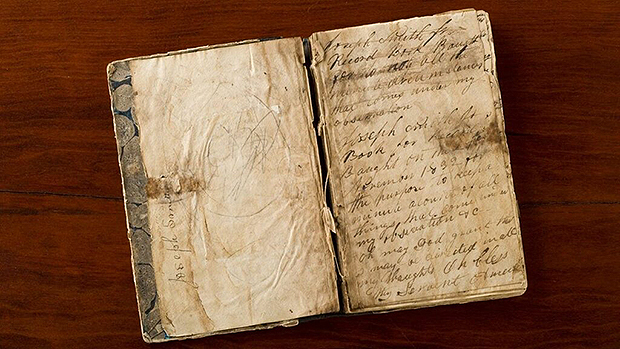 A photo of Joseph Smith’s 1832 journal, where he recounted the First Vision to Robert Matthews, a visitor to Kirtland, Ohio. The journal and other artifacts related to accounts of the First Vision are on display at the Church History Library exhibit Foundations of Faith. 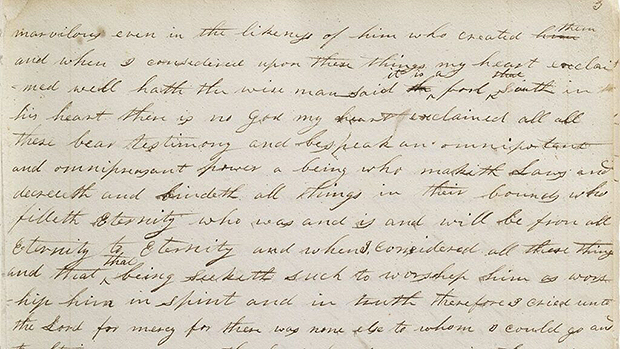 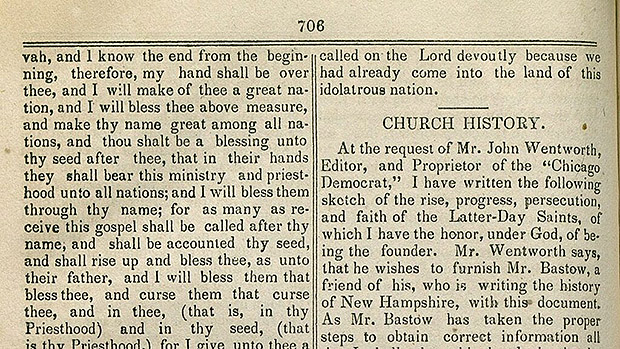 The fourth written account of the First Vision was written in response to Chicago Democrat editor John Wentworth’s request for information about the Latter-day Saints and was printed in the Times and Seasons in 1842.