Health Missionaries: Called to Serve Him 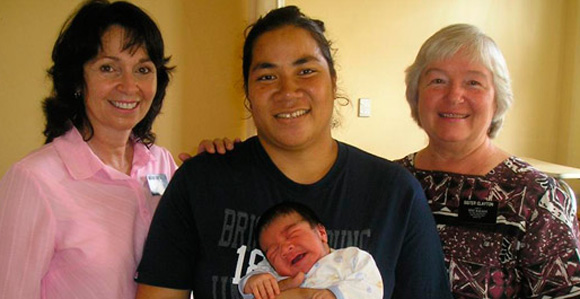 In serving the missionaries and members in their areas, health missionaries face a range of challenges, from nutrition to hygiene and from sickness to childbirth.

“Worthy young missionaries who have medical training and good judgment contribute in irreplaceable ways to health and safety in the missions where they are serving.” —Deanne Francis, chair of the missionary nurse specialist committee

Called to serve Him, heav’nly King of glory,
Chosen e’er to witness for his name,
Far and wide we tell the Father’s story,
Far and wide his love proclaim.

The opening lines of the popular hymn, “Called to Serve” (Hymns, no. 249) conjure a picture of proselyting missionaries in white shirts and ties with black nametags, an image most members of the Church call to mind when they hear the word “missionary.”

Less familiar are the Church’s missionary doctors and nurses—men and women with medical training called to coordinate the health of proselyting missionaries throughout the world.

They may not be called to preach the gospel, but as they minister health to the missionaries and people in their areas, health missionaries fulfill that same calling to proclaim God’s love to His children, and in return they feel that love themselves.

Called to Serve … a Health Mission

“This is a calling that is really needed,” said Deanne Francis, chair of the Church’s missionary nurse specialist committee. “There are so many who are qualified and interested in something like this and just aren’t aware of the opportunity.”

According to Sister Francis, those interested in serving a health mission need to indicate in their mission application that they have completed school and passed their medical boards.

“What we need is single registered nurses between the ages of 19 and 25, retired couples where one is an RN or MD, or single senior nurse,” she continued. “Current licenses are not necessary because the scope of practice in the mission field does not require them.

Unlike regular missionaries, however, while at the Missionary Training Center, health missionaries receive medical training in addition to the regular language and teaching training. They learn about the different diseases they might come across—malaria, dengue fever, tuberculosis—as well as procedures for finding a treatment facility and contacting area medical advisors.

“It’s an opportunity to take that knowledge and that love for helping others and apply it in the mission field,” Sister Francis said.

Prior to the development of this program, throughout the world on any given day, the equivalent of two full missions—approximately 300 missionaries—was sick and unable to work.

The missionaries’ lack of understanding about nutrition and exercise, as well as differing diets and hygiene practices, contribute to that number.

In the Fiji Suva Mission, Kathleen Joyce Stewart’s service as an infield health missionary blessed the lives of multiple missionaries.

One missionary companionship didn’t know how to shop for groceries. After being taught how to make a list and group certain foods together for different meals, their nutrition improved.

“It was exciting for me to see that along with the spiritual teaching they have learned, the missionaries will take back home the physical teachings as well,” Sister Stewart said.

Another missionary, upon learning principles of good health such as exercise and diet, commented on how much better he felt and how he was a better missionary because he was taking care of his body.

In another case, a sister missionary was having trouble studying her scriptures. After an eye examination, she received prescription eyeglasses that literally gave her a new outlook on missionary service.

Sister Stewart expressed it this way: “I knew serving a mission provided the opportunity for spiritual growth, but I didn’t realize what an impact improving the physical life of the missionaries could have on their lives and on their ability to serve.”

The RN in the Ecuador Quito Mission, Michelle Groesbeck of Provo, Utah, USA, was concerned about the conditions in the hospital where her mission president was a patient. Her insistence that he be transferred to an appropriate facility probably saved his life.

“Worthy young missionaries who have medical training and good judgment contribute in irreplaceable ways to the health and safety in the missions where they are serving,” Sister Francis said.

Far and Wide We … Serve the Members Too

In many areas, the mission president extends the health missionaries’ call to include assisting in local members’ health and teaching health practices such as nutrition and sanitation.

Health missionary Diane Teichert spent her mission preventing and treating illnesses and injuries in the Marshall Islands, where some of the highest incidences of tuberculosis and leprosy exist.

“Yes, there are hard things here, but the benefits and growth seem to far outweigh the [inconveniences and difficulties],” she said. “I love the way the people love their children, their faith in Jesus Christ, and the courage of the priesthood leaders here.”

That is the attitude of most who have experienced the blessings of serving a health mission.

Health missionaries Kenneth and Dale Hicks worked with patients who had diabetes, gout, pneumonia, tuberculosis, or leprosy while dealing with the travel difficulties and limited medical supplies and facilities in the Marshall Islands, but what they remember is their love for the people and the love the people have for the Lord.

“It brings smiles and tears to me as I remember the humble people whom the Lord loves,” Sister Hicks said. “I am so grateful He let me be an instrument in His behalf.”

In Tonga, Frederika “Teni” ten Hoopen had been serving as a missionary nurse for several months when she had the surprise of delivering a baby in the Nuku’alofa Tonga Temple one evening when she was on her way to a temple session.

The healthy nine-pound baby boy was named Teni Keleitoni Temipale, the first and last names being the Tongan words for “ten Hoopen” and “temple.”

Far and Wide His Love Proclaim

“Health missionaries have a special calling to help missionaries be effective,” Sister Francis said. “We can serve them by helping them return home not only with honor, but with good health.”

“Taking care of missionaries is a huge blessing,” he said. “We receive satisfaction and we are blessed when our patient, the missionary, gets well. And through their successes, because we keep them healthy, we feel satisfaction.”

As health missionaries “far and wide His love proclaim” by virtue of their service, they have an opportunity to represent and to receive in return the love of the Master Healer, Jesus Christ, who was ever concerned with both the physical and spiritual health of all He met.

“Health missionaries have the mantle of authority to do what they do,” Sister Francis said. “There’s a feeling that you can put your trust in something other than the arm of flesh that becomes obvious to all who serve in that capacity.”