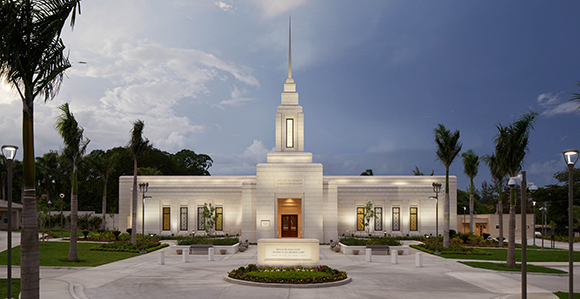 The Port-au-Prince Haiti Temple, which opens for public tours on Thursday, August 8.

Unimaginable horror fell upon Haiti in the opening month of 2010 when a massive earthquake claimed hundreds of thousands of lives and displaced legions more.

The disaster prompted a worldwide humanitarian response—including tens of millions of dollars from the Church to help fund food, clean water, and other disaster aid efforts.

Almost a decade later, the quake recovery continues. But Haitian Latter-day Saints are celebrating this week as they welcome their friends and neighbors to their nation’s first temple.

“I can’t believe my eyes,” said Michael Paquette, a Canadian who was one of the first international missionaries to serve in Haiti, in the 1980s. “I used to walk up and down this road outside the temple, Route de Freres. [That] was in the early days of missionary work; now there are [several] stakes here in Port-au-Prince. Now the temple is here.”

The building’s beauty is amazing, he added. “It is very special for the Saints in Haiti.”

Elder Huberman noted the historic significance of having a temple operating in his homeland.

“The temple is, first and foremost, important because the members will be able to do their sacred ordinances,” he said.

In the past, the high cost of travel and passports prevented many Haitian Latter-day Saints from worshipping regularly inside temples in neighboring Dominican Republic and other nearby nations.

“[Now] we will also be able to go to the temple in our own country with our friends, family, and our own people,” he said. “It is a new day for us, a new program. We are very satisfied. Everyone is excited, and we are ready now for the open house to begin.”

The Port-au-Prince temple is distinctly Haitian.

Turquoise blue and lime green carpets throughout the interior mimic the neighboring sea and the island’s fecund plant life. It’s patterned after an array of local vegetation—including palm leaves, tropical flowers, and the hibiscus, Haiti’s national flower, according to a Church-provided facts report.

Palm leaf motifs are found in several areas of the temple, such as the celestial room, sealing room, baptistry, and foyer. Palm leaves, of course, were used to celebrate Christ’s triumphant entry into Jerusalem.

The public open house will continue through Saturday, August 17—except for Sunday, August 11.

A youth devotional in Haiti will be held on the eve of the September 1 dedication of the Port-au-Prince Haiti Temple. The temple will open for ordinances on September 10. 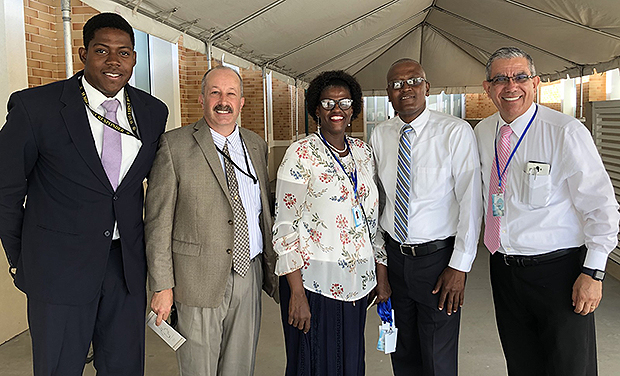 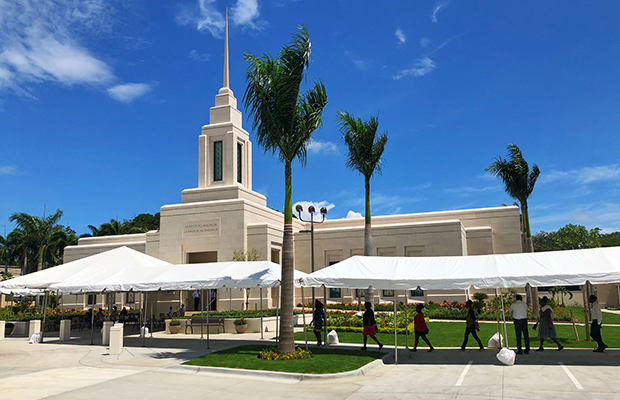 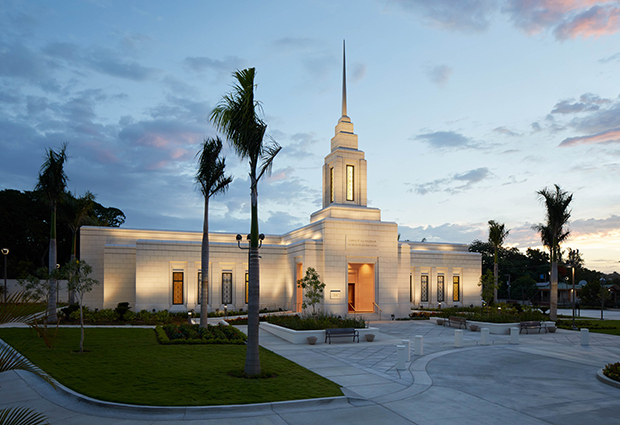 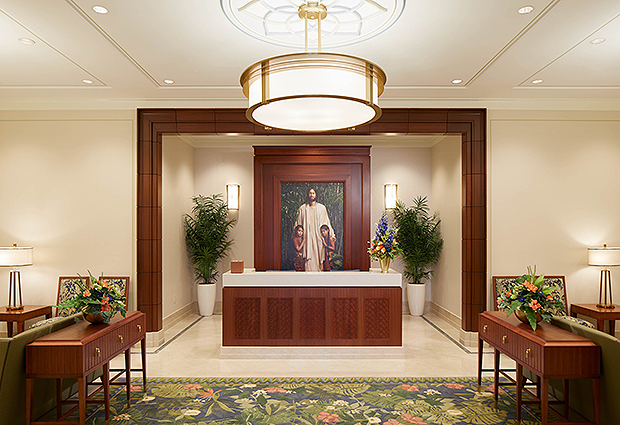 Entryway into the Port-au-Prince Haiti Temple. 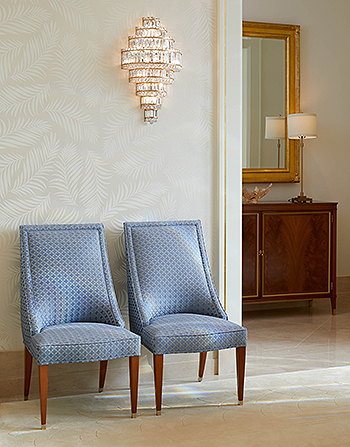 Some of the beautiful detail in the Port-au-Prince Haiti Temple.