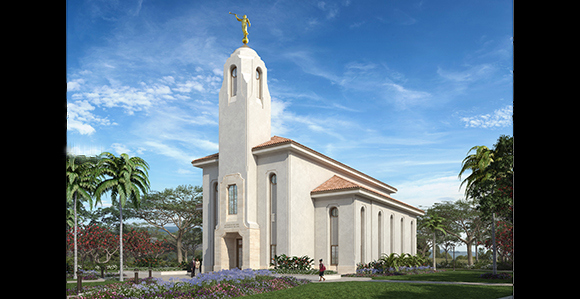 The First Presidency announced February 18 that groundbreaking services for the Durban South Africa Temple will be April 9, 2016.

Elder Carl B. Cook of the Area Presidency will preside at the event.

Attendance is by invitation only. Services will be transmitted via the Internet to stake centers within the temple district.

President Thomas S. Monson announced the construction of the temple during the October 2011 general conference. After the temple is completed, the Church will announce open house and dedication dates.

The Church currently has operating temples in Ghana, Johannesburg, and Nigeria. Ground was broken February 12, 2016, for the Kinshasa Democratic Republic of the Congo Temple, and the Abidjan Ivory Coast (Côte d’Ivoire) Temple has been announced.

The Church currently has 149 temples in operation, with another 29 announced, under construction, or being renovated.