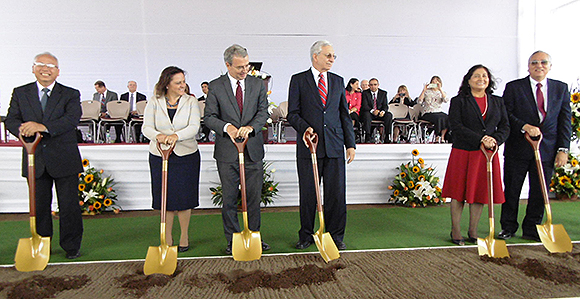 Members of the South America Northwest Area participate in the ceremonial groundbreaking, commencing construction of the Arequipa Peru Temple.

“A temple is a place of hope; it is a place where our young people can attend. Members of the Church come here and they find peace, serenity, answers, and revelation.” —Elder Hugo Montoya, General Authority Seventy

Almost a century ago, Elder Melvin J. Ballard of the Quorum of the Twelve Apostles envisioned a day when the Church in South America would take root and grow strong like a towering oak.

Elder Ballard’s prophecy, beloved by legions of Latter-day Saints across the South American continent, continued its fulfillment March 4 with ceremonial groundbreakings for two future temples—one in Peru, the other in Brazil.

“I have no doubt, brothers and sisters, that somehow all of us need to change something in our lives, to make a change in our hearts,” said Elder Godoy. “This is an opportunity, perhaps, to evaluate ourselves and to qualify to be here in this house with our heart turned towards God and to be more like His Son, Jesus Christ.”

Elder Montoya addressed the youth of the Church in Peru: “A temple is a place of hope; it is a place where our young people can attend. Members of the Church come here and they find peace, serenity, answers, and revelation.”

Elder Godoy encouraged the youth to become more involved in family history. He said the Lord has provided technology to assist Latter-day Saints in their search for their ancestors so that they too may receive the temple ordinances.

Members living in the Arequipa region currently attend the temple in Lima. 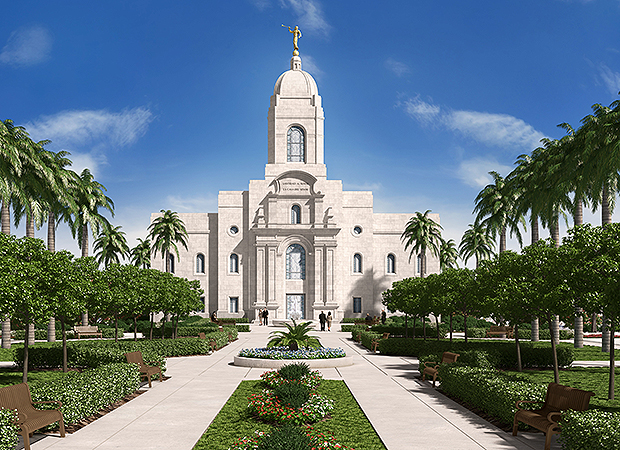 Rendering of the Arequipa Peru Temple.

Elder Costa commented on how impressed he was that people gathered beneath the hot summer sun for the groundbreaking. 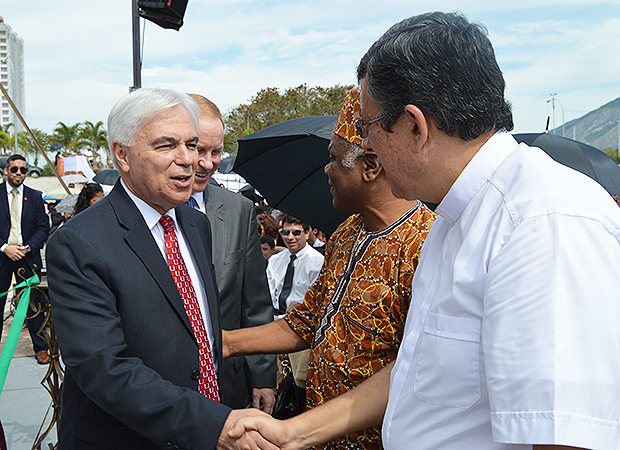 “Today is a historic day for the Church in this city and in Brazil,” said Elder Costa. “Rio de Janeiro is a wonderful city, a city that welcomes all with open arms like [Rio’s] Christ statue.” 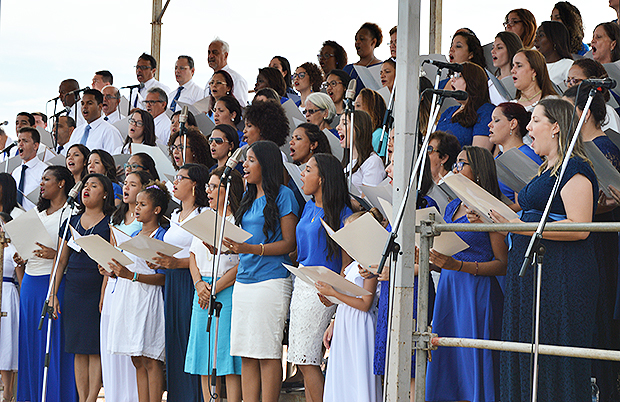 A choir performs at the March 4, 2017, groundbreaking ceremony for the Rio de Janeiro Brazil Temple.

He spoke of his gratitude to live in a country that champions religious freedom.

“We love our brothers and sisters of other faiths, and we participate with them in humanitarian projects. We have good friends here.”

The future Rio de Janeiro Brazil Temple will one day be numbered among other Brazilian temples in Campinas, Curitiba, Sao Paulo, Porto Alegre, Recife, and Manaus.

The Fortaleza Brazil Temple, meanwhile, is under construction. The Belem Brazil Temple, which was announced last year, will one day be the Church’s eighth temple in the country. 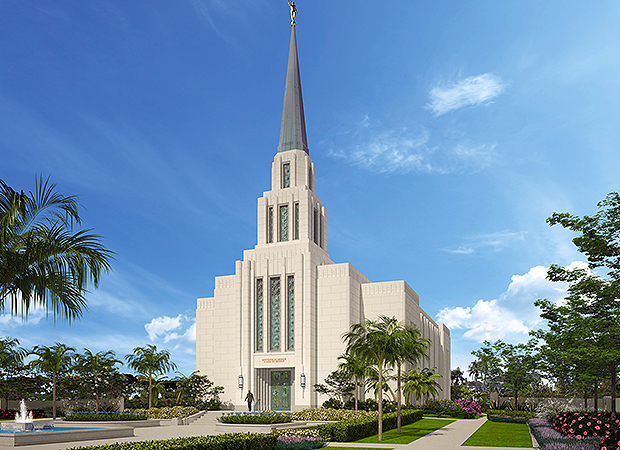