Ground Broken at Site of Future Temple in Barranquilla, Colombia 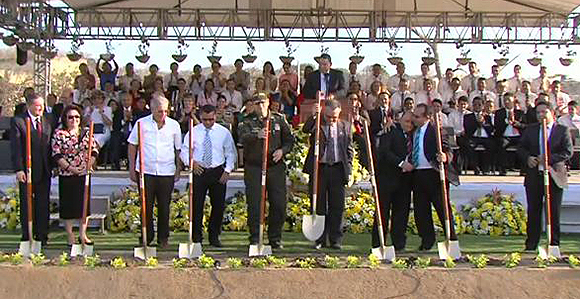 It's a historic year for the Church in Colombia.

Fifty years ago, this South American land—renowned for its natural beauty and friendly people—was dedicated for the preaching and establishment of the restored gospel. Now a half-century later, work has begun on Colombia's second temple.

On Saturday, February 20, members across Colombia participated in the ceremonial groundbreaking of the Barranquilla Colombia Temple. Elder Juan A. Uceda, a General Authority Seventy and President of the South America Northwest Area, presided over the outdoor ceremony at the site of the future temple. Thousands of others viewed the event, via satellite, in meetinghouses across the country.

In his remarks, Elder Uceda said it is no coincidence that a temple is being built in Barranquilla on the 50th anniversary of the Church in Colombia. The hand of the Lord is at work.

Elder Uceda challenged members across Colombia to make temple attendance a sacred, well-established family tradition. Attend the temple frequently, he said, “and then return and share your experiences with your children and grandchildren so they know that the temple is an integral part of your life.”

Attending the temple, he added, is a beloved tradition in the Uceda family.

Thirty-eight years ago, he and his wife, Sister Maria Isabel Uceda, were married in the temple. At the time, there was no temple in their native Peru, so they made a seven-day trip to the Sao Paulo Brazil Temple to be sealed. Their return trip lasted two weeks because of flooding along their travel route.

The newly married Ucedas were unable to host a wedding reception. They did not exchange rings. “But we had the temple, and that was enough.”

He encouraged the members to make their own family temple traditions even as they prepare for the future Barranquilla Temple. Attend the Bogota Temple (which was dedicated in 1999) as often as possible, he encouraged them, and he counseled them to hang pictures of the temple throughout their homes and engage in family history research and begin preparing names for work in the Barranquilla Temple.

Latter-day Saints in the future temple district, he said, can also acquire and maintain a temple recommend. “Then keep your temple recommend in your pocket every day of your life, even if you live far from the temple.”

Elder Uceda offered a prayer of dedication on the temple construction site. In his prayer, he asked the Lord's blessings for all who would help build the temple—and for the members and government leaders in Colombia.

Elder Hernando Camargo, an Area Seventy, said his fellow Colombian members face key life decisions—including the essential choice to stay close to the gospel and worship in the temple.

He counseled members to build their own testimonies and faith even as the temple is being built in Barranquilla. He echoed Elder Uceda's counsel to establish family traditions of regular temple attendance. “Our country,” he said, “will only be as strong as the strength of our families.”

Armando Cuberos is a pioneer of the Church in Barranquilla.

Baptized in 1976, he remembers the devotion of those who helped establish the Church in this coastal city. In his remarks at the groundbreaking event, he saluted the Latter-day Saints who raised funds to build the city's first meetinghouse and set up seminary and institute classes. Those early members lived far from any temple—but still they loved the temple. Many scrimped and saved to travel to the temple.

“The [future Barranquilla] temple is an answer to the prayers of many who have gone to their knees and asked for a temple to be closer to their homes,” he said.

Following the dedicatory prayer, Elder and Sister Uceda joined the civic leaders and other special visitors for the ceremonial groundbreaking. Dozens of others would later overturn a spade of soil, symbolically pledging to take part in the building of Colombia's second temple. 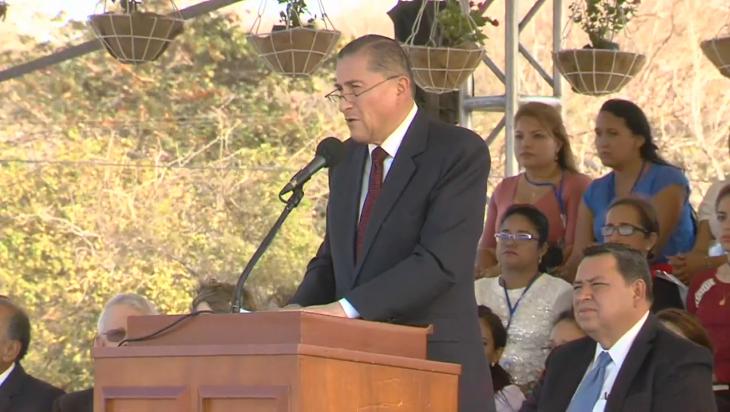 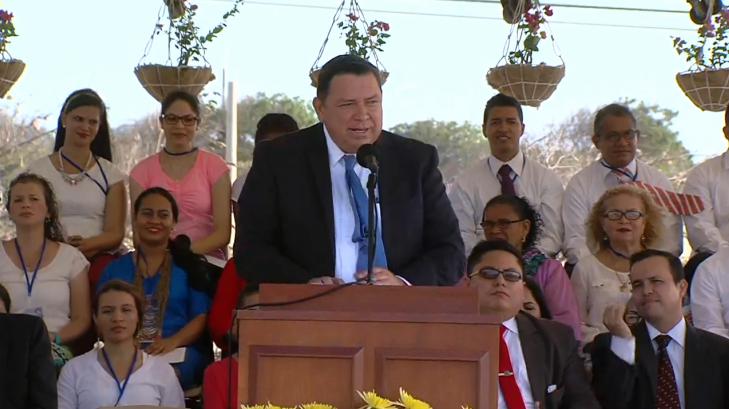 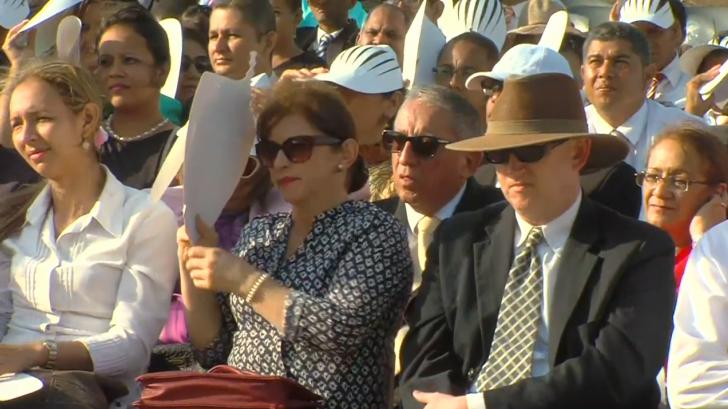 Church members and guests gather for the February 20 groundbreaking ceremony of the Barranquilla Colombia Temple. 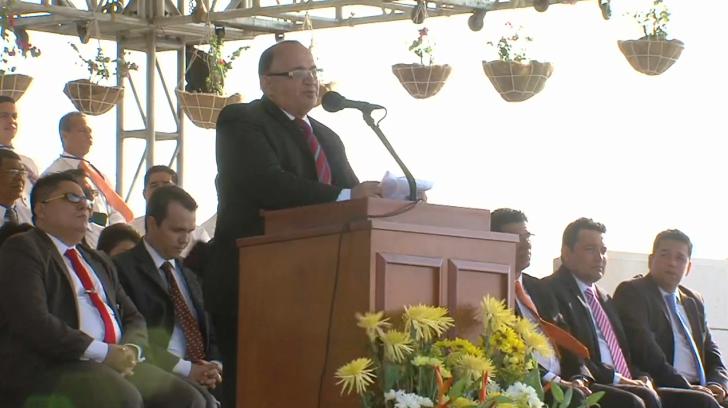 Armando Cuberos, a longtime member from Barranquilla, offers remarks at the February 20 groundbreaking ceremony for the future Barranquilla Colombia Temple. 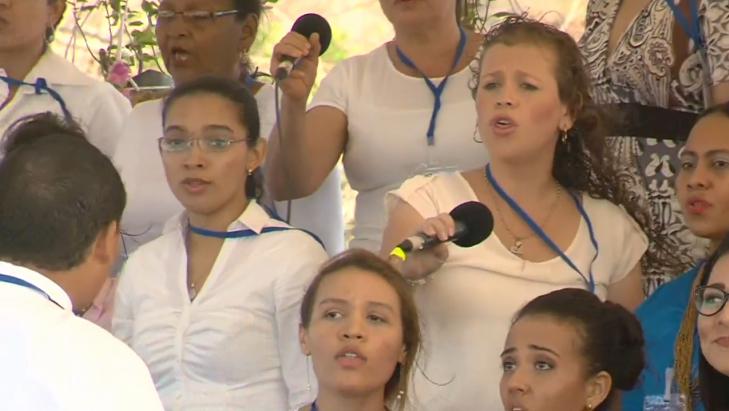