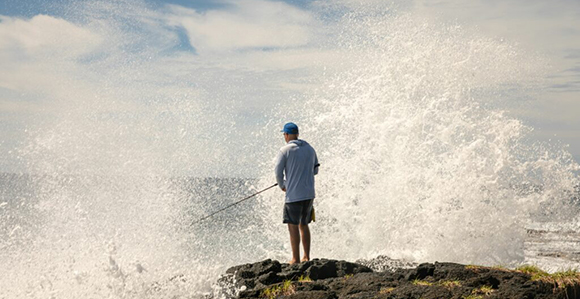 President John “Keoni” S.K. Kauwe III, a native of Hawaii, will begin his post as the new president of BYU–Hawaii in July 2020. Photo by Richard Gill. Photo courtesy of BYU.

"I know this is the path that we’re supposed to take. … The Lord does have a plan and will qualify us.” —John “Keoni” S.K. Kauwe III, new BYU–Hawaii president

When John “Keoni” S.K. Kauwe III was named dean of graduate studies at BYU last May, the 39-year-old genetic researcher thought he was settling in for a five-year term that would be just another stepping-stone in his career as an academician.

Having previously served as the chair of the biology department at BYU, becoming a dean felt like a great next step. And although President Kauwe said he has always had a goal in the back of his mind to one day become president of a university, he was expecting it to come about 15 years further down the line in his career.

Being called by the First Presidency to serve as youngest-ever president of the Church-owned university on the islands of his ancestors and just one year into his tenure as dean wasn’t exactly a career leap he had planned for. But it is a leap he feels humbled by and is excited to take.

Elder Jeffrey R. Holland of the Quorum of the Twelve Apostles announced President Kauwe as the new president of BYU–Hawaii, succeeding President John S. Tanner, during a devotional broadcast to the school on May 12.

For President Kauwe, moving to Hawaii this summer to start his new position as the president of the Church-owned university will be both a move away from home and a return home.

As a descendant of Kaleohano—one of the first and most influential native converts of the Church on the island of Maui—much of President Kauwe’s youth was spent with family in Hawaii, including on the island of Moloka’i, where the family has homestead land and where President Kauwe graduated from high school. However, he also spent several years attending school in Utah, where his parents also kept a house. His father, John Sai Keong Kauwe Jr., was from Hawaii, and his mother, Rhonda Beth King Kauwe, was from California and Arizona. Because the family had many ties in both Hawaii and Utah, they moved back and forth a lot, President Kauwe said.

Having skipped the third grade and another year in high school, President Kauwe graduated early from Moloka’i High School and moved to Provo, Utah, where he completed his bachelor’s degree in molecular biology in just three years. The day of his college commencement ceremony, at age 19, President Kauwe received his mission call to the Japan Fukuoka Mission.

After returning from his mission, President Kauwe met Monica Mortenson at the July 4 Freedom Run in Provo in 2002. The two instantly bonded over their love for running and spent many hours running together and chatting before they ever went on a real date. When they did start dating, things moved quickly, and the two were married almost a year later in June 2003.

Shortly after they were married, President Kauwe completed his master’s degree in population genetics at BYU. The couple then moved to St. Louis, Missouri, where President Kauwe received a doctorate in evolution, ecology, and population biology from Washington University. He also completed a postdoctoral fellowship at their school of medicine.

Throughout his career, President Kauwe has become an internationally recognized researcher for his work in processing and analysis of genetic data, particularly as it applies to Alzheimer’s disease. And although he loves the research side of his work, President Kauwe said he is looking forward to focusing more on providing the leadership and resources needed for faculty and students to be successful in their own endeavors.

“I enjoy the aspect of administration and leadership where you are providing plans and resources and opportunities for your faculty and students to be successful. That’s how I always viewed my role as faculty at BYU … and that for me has always been the most rewarding part of my job,” he said.

His experience as a chair and dean at BYU taught him “just how much excitement and fulfillment I get out of providing those resources and creating the path to success for the people around me. And that’s even what gets me excited about my science is building a path towards the solution and involving the right people and the right places.”

For President Kauwe, being entrusted with that responsibility for an entire university at this early stage in his life and career is an incredible honor, he said. “I view it as an amplified opportunity to provide paths to success for students and faculty.”

Entrusted by the Lord

“We’ve always talked about someday being able to go back and live there and be part of that culture, but it didn’t ever seem possible,” Monica Kauwe said.

Although they have had job offers to other universities on the islands at various times, the opportunities never felt right for them, President Kauwe said. But this opportunity with BYU–Hawaii feels just right, professionally and personally.

That’s why they didn’t hesitate to accept the offer when it was presented to them in their meeting with the First Presidency.

President Kauwe explained that after several meetings with Elder Holland leading up to the meeting with the First Presidency, he had a sneaking suspicion that he would be offered the position at BYU–Hawaii, and he and his wife had already decided they would take the opportunity if it was.

When President Russell M. Nelson extended the offer to serve as president of BYU–Hawaii, President Kauwe said he looked at his wife for confirmation. She nodded to him, and without hesitation, he told President Nelson, “We’ve already thought about it and we’re humbled and excited to accept the job.” 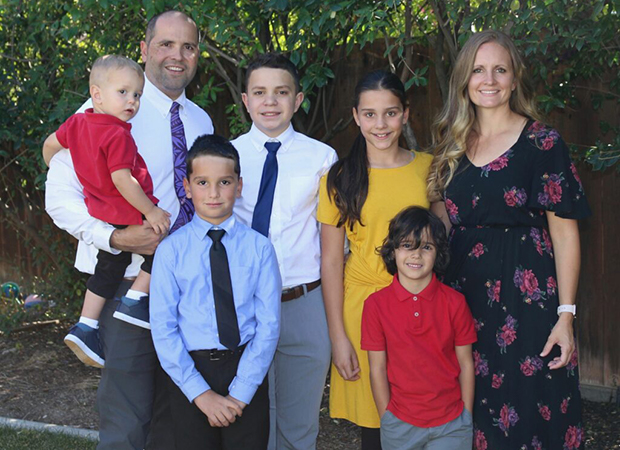 Having this job opportunity come along was pretty amazing for the family, Monica Kauwe said. “I am grateful we’re able to go there and raise our kids there for however long this ends up being. It will be a great blessing in their lives.”

With five children, ages 2 to 13, the Kauwe family will bring a new level of life and excitement to the BYU–Hawaii campus, Elder Holland said when making the announcement at the devotional. And at just 40 years old, Kauwe himself is sure to bring a unique perspective and form of leadership to the university.

“It’s going to be different,” President Kauwe said. “But I want to be heavily involved and a part of things and at the university and have my kids be a part of things, too.”

In their meeting with the First Presidency, President Kauwe said President Nelson told him their family would serve as a great example to the students on the campus of a gospel-centered family. And with their house in the middle of the university campus, President Kauwe said he has no doubt that will prove true.

“We have confidence and we’ll do the best we can to model a family so students can see all the imperfections and great things that come with family life,” he said, noting that every step in the process has increased their faith and testimony. “This is a big opportunity, and the Lord is trusting us to do our best. I know this is the path that we’re supposed to take. … The Lord does have a plan and will qualify us.”