Get the Most Out of Your Come, Follow Me Study by Using It as a Springboard, Not a Replacement 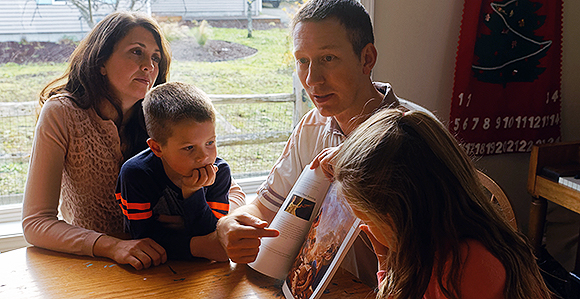 A family studies the Come, Follow Me curriculum at home. The curriculum is meant to be a study aid but not to replace study, BYU religion professors say.

“If I am serious about my studies and I have taken responsibility for my own learning, then I can expect ... that He is going to give me greater knowledge than I got from my own studies.” —Brent Top, BYU professor of religious studies

As an expert on ancient scripture and a professor of religious studies at Brigham Young University, Gaye Strathearn knows more than the average person about the New Testament. Studying the scriptures is one of her many passions—one that she discovered while studying in Jerusalem many years ago and changed the course of her career—and as such, she was thrilled when she found out the new Come, Follow Me curriculum would begin with the New Testament.

For many in the Church, the new curriculum has brought a renewed energy to Sunday School classes and personal and family study time since it was announced in general conference of October 2018.

And as Strathearn noted, since the beginning of the new year, even her nephew, who recently returned from his mission, has been getting together with friends each Sunday for scripture study groups that focus on the New Testament chapters outlined in the curriculum for the week.

“I’ve never seen him do that before,” Strathearn said. “And as I’ve talked to people about this, there does seem to be an energy associated with [the curriculum].”

It’s an energy Strathearn hopes will last and doesn’t prove to be just the result of it being new.

“If it can last, I think some great things can happen,” Strathearn said. “I mean, if we’re getting people to really read the New Testament, I think that is always a plus.”

The tip of the iceberg

Describing the Book of Mormon as a mansion in which beautiful and exciting new truths and concepts can be found at every turn, Elder Neal A. Maxwell noted at a 1986 BYU symposium that, too often, members of the Church read through the scriptures in a rushed manner, like hurried tourists.

Using Elder Maxwell’s same analogy in relation to all scriptures and the new curriculum, Brent Top, a BYU professor of religious studies, explained the danger in moving quickly through complicated spiritual and doctrinal concepts.

Too often, people are content to study merely what is listed out for them in a manual and then move on without digging for more, Top noted.

“The scriptures and the doctrine of the gospel are like the mother lode gold vein in a mountain, but sometimes we are content to pan for little bits of gold dust downstream when in reality we can strike the mother lode if we get out the heavy equipment and do some serious excavation.”

That type of excavation often includes searching beyond what is provided in the scriptures and manuals themselves and asking difficult questions, Top said.

“I think that’s what it means when it says that we are responsible for our own learning, but I worry that we haven’t taken that seriously enough,” he said.

The home-centered, Church-supported curriculum puts a heavy emphasis on individual and family learning and study. It also shifts Sunday School classes to a more discussion-based format than existed in the past, Top noted.

While previously, people may have thought that everything they needed to know about the scriptures could be learned in Sunday School, that is no longer the case, Top explained. And while the shift toward discussion-based classes and more personal responsibility has been very purposeful, there are potential downsides as well.

He continued, “The strength of Come, Follow Me can also be the weakness of it if we’re not careful. We can end up having a lot of discussion without a lot of insight and scriptural understanding if we’re not doing our part.”

As Michele Bourque of the Lacey Washington Stake explained it, the new curriculum seems to “target those who don’t naturally do personal study.”

The manuals include questions, study tips, and links to other materials related to each topic as study helps for those who may not feel naturally inclined to study in an in-depth way. But as Top put it, the Come, Follow Me manuals are just the tip of the iceberg for what is available.

“If all I’m doing is looking at [the manuals], then I’m probably not studying the scriptures as in-depth and as seriously as I should. They should be a springboard into both a desire for more information and the seeking of greater information,” Top said. “I think that’s the danger … to think that everything we need to know about the New Testament is found in those very basic initial questions of Come, Follow Me. They’re meant to be a catalyst to greater study, not the end of my study.”

The manuals are a great starting point, Strathearn said, but the expectation should be to go beyond what they provide if an individual hopes to really understand the nuances of the scriptures and their context.

Noting the importance of understanding the context in which the scriptures were written and the intentions behind what was included by their authors, Strathearn explained that a two-fold interpretation is necessary to increase spiritual and practical understanding of the scriptures and their doctrines. She explained that readers need to understand how to interpret the text according to the text itself—including the authors who wrote it—as well as interpret the text in a way that is personal and applies to them currently as individuals and families.

“If you’ve got a solid foundation of what the author is trying to do and trying to say, then you can make responsible applications to personal life and the Spirit will guide you,” Strathearn said. “It’s a balance that can make our study and interpretation of scripture richer and more nuanced.”

Describing the increase she has noticed in her own awareness as she studies the scriptures, Kim Garrett of the American Fork Utah East Stake noted the importance of context in the scriptures.

“I am thinking a lot more about what it felt like to be the people in the scriptures—how it felt to hold the baby Jesus or what John the Baptist felt when he baptized the Savior. It has opened my spiritual eyes to new principles and feelings,” Garrett wrote to the Church News.

Learn by study and also by faith

In November 2017, then-Elder M. Russell Ballard of the Quorum of the Twelve Apostles spoke at a devotional at BYU in Provo, Utah. During his address, he made a clarification about his calling as a General Authority for The Church of Jesus Christ of Latter-day Saints.

“It is important to remember that I am a General Authority, but that does not make me an authority in general,” Elder Ballard said.

Noting how he turns to experts and scholars for help in answering his questions about various topics, Elder Ballard encouraged others to seek answers to their questions by turning to “the best books” and seeking to learn “by study and also by faith.”

That concept applies to personal and group scripture study, now more than ever, because of the personal responsibility placed on members to study and learn individually through the new curriculum.

“The expectation is more on us diving in and studying the standard works. And the responsibility is on us to get all the additional resources that we can find in our own personal and family study and then come to class prepared to share with others,” Top said. “And I think that’s a pretty big shift that may come as a bit of a culture shock for many members.”

Both Strathearn and Top noted that while some people may not feel they know where to turn for further resources for their study, the process is rather simple nowadays.

“It really doesn’t take a ton to search for new resources,” Top said. “For example, I have found cross-references on ChurchofJesusChrist.org to places like the BYU Religious Studies Center, the Maxwell Institute, and Book of Mormon Central.” And while people may not feel like they know where to begin, Top said it sometimes just takes a bit of initiative to begin a search that leads to great resources.

“There are more resources available than we tend to avail ourselves of,” he said. And once the research has been done, the spiritual understanding is easier to come by.

Sharing a personal philosophy he has applied in his career, his Church service, and his role as a parent, Top said, “Ninety percent of inspiration is information. So I’ve got to have enough information to know what to take to the Lord and then say, ‘Guide me and help me to understand this better.’”

“I can’t go to the Lord with a superficial pondering of the scriptures and the study questions in Come, Follow Me and expect the Lord to pour deep knowledge into my head,” Top continued. “But If I am serious about my studies and I have taken responsibility for my own learning, then I can expect—and I personally know that it happens—that He is going to give me greater knowledge than I got from my own studies. But that’s after you’re willing to pay the price.” 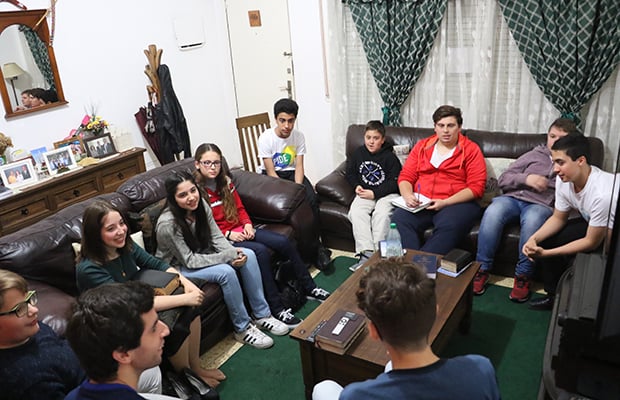