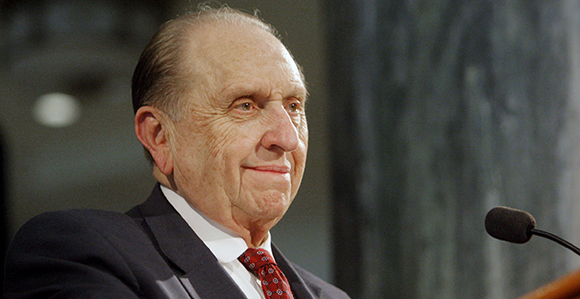 President Thomas S. Monson smiles as he looks at the audience in the grand lobby of the Joseph Smith Memorial Building on June 9, 2011.

Funeral services for President Thomas S. Monson will be held in the Conference Center on Temple Square Friday, January 12, 2018, at noon mountain standard time. The funeral will be open to the public ages 8 and older.

President Monson died from causes incident to age on January 2, 2018, in Salt Lake City at the age of 90. He was the 16th President in the 187-year history of the Church and served as its President since February 3, 2008.

Those who attend the funeral services at the Conference Center (which seats 21,000 people) must be in their seats no later than 11:30 a.m. Seating is open and on a first-come, first-served basis. Overflow seating with large-screen viewing of the proceedings will be offered in the adjacent Tabernacle, Assembly Hall, and Conference Center Theater.

Following the event, an archive of the broadcast will be available on ChurchofJesusChrist.org/broadcasts as well in the Media Library.

The following Church office buildings on the Temple Square campus will be closed all day, Friday, January 12:

The Salt Lake Temple will remain open during normal hours.

A private burial service will take place at the Salt Lake City Cemetery following the funeral.

Expressions of sympathy can be posted on the President Monson Facebookpage or emailed to condolences@ChurchofJesusChrist.org.

In lieu of flowers, contributions can be made to the Humanitarian Aid Fund or the Church’s General Missionary Fund at give.ChurchofJesusChrist.org/monson. 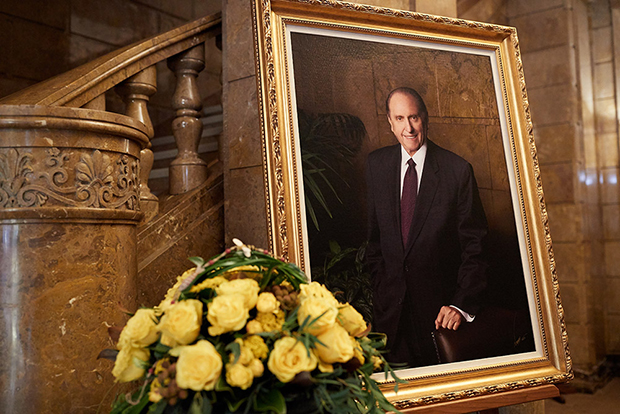 A portrait of President Thomas S. Monson and flowers are on display in the lobby of the Church Administration Building in Salt Lake City, January 4, 2018. 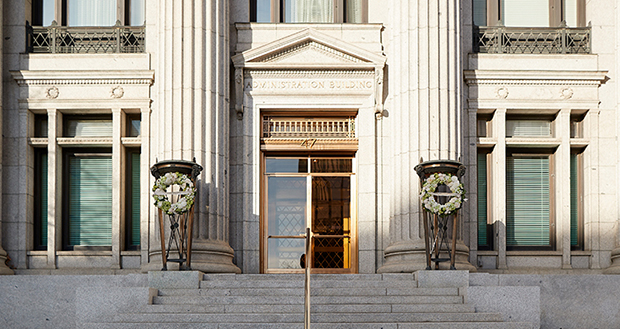