From Settling Salt Lake City to Polygamy, Volume 2 of “Saints” Is More “Epic” than the First 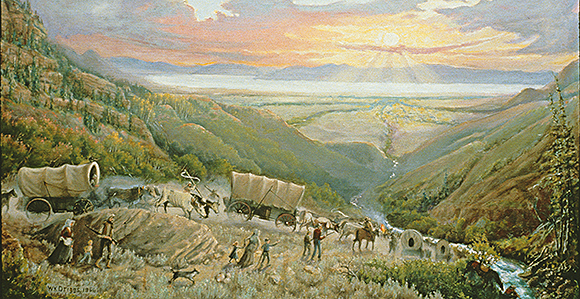 A painting by King Driggs depicts Mormon pioneers traveling down the canyon into the Salt Lake Valley.

In the Book of Mormon, the Lord asked His children to remember the captivity and miraculous deliverance of His covenant people.

The second in the series of narrative Church history volumes “has its own stories of captivity and deliverance to tell,” said Jed Woodworth, managing historian and general editor of No Unhallowed Hand, volume 2 of Saints: The Story of the Church of Jesus Christ in the Latter Days.

The first chapters of the narrative are now available at saints.ChurchofJesusChrist.org and in the Church History section of the Gospel Library app. Subsequent chapters will be posted each month until the entire volume is published digitally and in print in February 2020.

Woodworth said the volume details the story of captivity and deliverance as Church members are driven from Nauvoo and settle in the Salt Lake Valley from 1847 to 1893.

“The Saints are captive to punitive judges and laws; they are imprisoned by the caprice of famine and pestilence, by the sorrows of poverty and separation and death, and by their own weaknesses and frailties and sins,” said Woodworth. “Through it all, the Lord stands by His people, upholding them and ultimately redeeming them.”

The Saints do their part as well, he continued. “They gather Saints by the thousands, found hundreds of thriving settlements, weld a diverse emigration population together, and launch new institutions like Sunday School, Young Women and Young Men, and Primary. During the worst of their trials, they build three temples, culminating in the dedication of the Salt Lake Temple after 40 long years of construction.”

This volume reminds Church members that opposition is more the regular course of things than the exception, Woodworth said. “The Lord will have a tried and tested people, and volume 2 shows us how it happens.”

Saints volume 2 also explores how the Church fought for and ultimately gave up one of the most difficult of all Church practices, plural marriage, said Woodworth. “We see the sacrifices of families and Church leaders for a principle that went against all their religious training and cultural inheritance,” he explained. “We see the agony and loneliness of life in the principle but also the ecstasy and joy of carrying out God’s commands by raising up seed unto Him.”

The volume also takes Church members “into the deepest recesses of sin by narrating the great tragedy of our past, the Mountain Meadows Massacre.”

More than One Million Readers

Scott Hales, general editor and writer of Saints volume 2 said those working on the project hoped the first volume would be well received among Church members. “But I don’t think any of us expected such a positive response to the book,” he said. “In less than a year, more than 400,000 copies of volume 1 have been sold. More than one million people are reading it on the Gospel Library app, and hundreds of thousands of people are listening to the audiobook, reading the Church History Topics articles associated with the volume, and tuning in to the Mormon Channel’s Saints podcast.”

Hales said volume 2 is similar in length, format, and style to volume 1. “Readers who liked volume 1 will like volume 2,” he said. “In fact, they might like it more.”

He called the scope of volume 2 “epic—more epic than volume 1.” But the narrative is filled with intimate, character-driven stories about the Restoration.

Volume 2 picks up right where volume 1 ends, he said. “It tells the story of the early Saints’ efforts to establish a place where they can worship God and build temples without fear of persecution.”

Saints volume 2 seeks to recover these stories and make them part of the Latter-day Saint collective memory. “More than anything else, we hope volume 2 testifies to Church members of the reality of the ongoing Restoration of the gospel of Christ. The death of Joseph Smith did not bring an end to the Lord’s revelatory interventions into the lives of the Saints. Volume 2 continues to show a living God guiding His people to their heavenly home.”

Just as is volume 1, volume 2 will be translated, said Lisa Olsen Tait, general editor of volume 2.

“Part of the mandate from the First Presidency for this project is that it needs to be made available to as many of the members of the Church as possible in their own language. As Latter-day Saints, we are all part of the Church and the family of God. These books give us a shared story, and a shared vision, of what that means.” 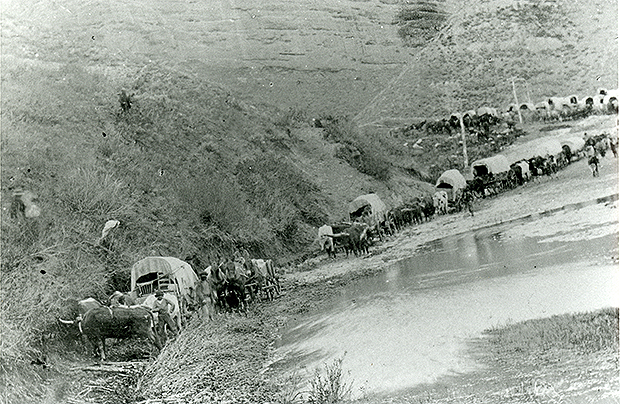 Pioneers trek across the wilderness with covered wagons and handcarts. 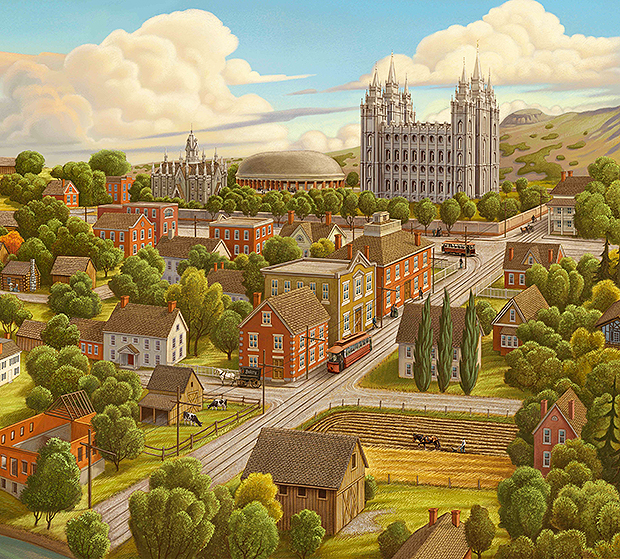 An artist’s depiction of the Salt Lake Valley in the early years of pioneer settlement.