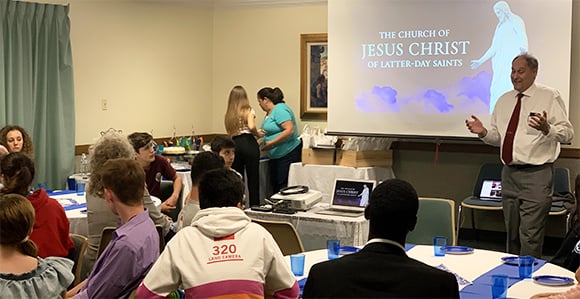 Boynton Beach Florida Stake President Andy Lustig gives a presentation to visiting Jewish youth about basic Latter-day Saint beliefs, including the priesthood, temples, the Word of Wisdom, and similarities between The Church of Jesus Christ of Latter-day Saints and Judaism.

“We are not all that different than our Jewish friends. They know exactly what it is like to be a teenager standing for their faith at all times and in all places.” —Maya Gilmore, West Boca Raton Ward

Youth from the Boynton Beach Florida Stake of The Church of Jesus Christ of Latter-day Saints hosted friends from the community curious to learn more about their faith at their local chapel in March.

The event was spurred by Rabbi Greg Weisman of Temple Beth El, who came to know Church leaders through other interfaith events and thought it would benefit his congregation’s teens to learn what Church members believe. Like other youth worldwide, the youth in this stake are eager to heed President Russell M. Nelson’s call to gather Israel.

Skye Hansen, who serves as the priests quorum first assistant for the Boca Raton Ward, said the event was as fun as it was unifying. He was able to contribute by giving a tour of the chapel and telling the visitors what Church members believe.

“It was a peaceful night. I think they were surprised by how many of our youth came to greet them,” Hansen said. “I am hoping we can do it again next year because it helped me be a member missionary and inspired me to use what I had been studying in seminary that week.”

The Church’s presence in the community is newly growing, but Latter-day Saints’ extended hand of friendship has been well received.

This past October, members of local bishoprics attended Jewish synagogues for a vigil after the shooting at a Pittsburgh synagogue, and local clergy were invited to address those gathered, including a member of the local stake presidency. At the vigil, a local Jewish leader recommended in his keynote address that Jews and Latter-day Saints stand together to fight against religious persecution.

Maya Gilmore, who serves as Laurel president in the West Boca Raton Ward, said that the most meaningful part of the night was intermingling with the youth. “Like President Nelson recently said in Italy about the Pope, our differences may be real, but what is important is all that we have in common. We are not all that different than our Jewish friends. They know exactly what it is like to be a teenager standing for their faith at all times and in all places.”

Stake President Andy Lustig, who happens to be a Latter-day Saint convert from Judaism, presented the rabbi with a Book of Mormon in Hebrew. The youth all viewed a presentation regarding basic Latter-day Saint beliefs, the priesthood, temples, the Word of Wisdom, and similarities between the two faiths.

The enjoyable evening ended with everyone sharing tasty (kosher) desserts and an invitation for both youth groups to join each other in service projects and a Passover Seder. 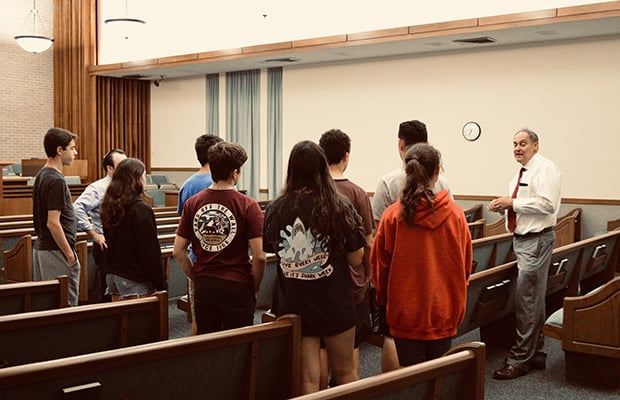 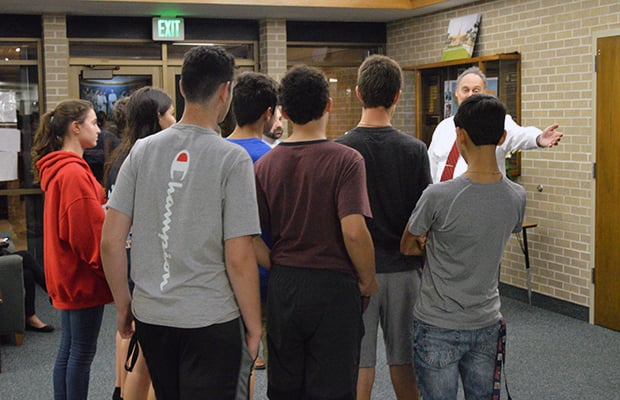 Boynton Beach Florida Stake President Andy Lustig guides visiting Jewish youth through the foyer of a meetinghouse of The Church of Jesus Christ of Latter-day Saints during an interfaith activity. Photo by Rick Williams. 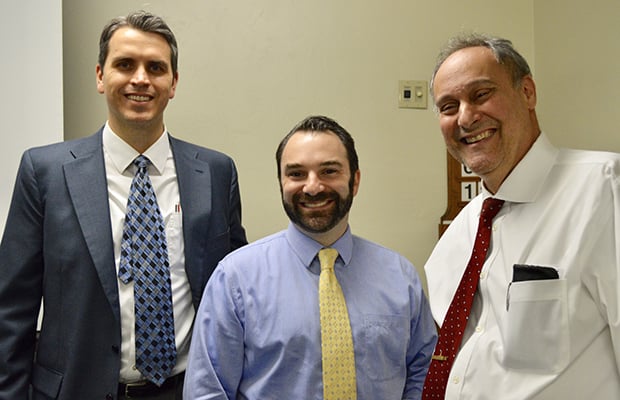 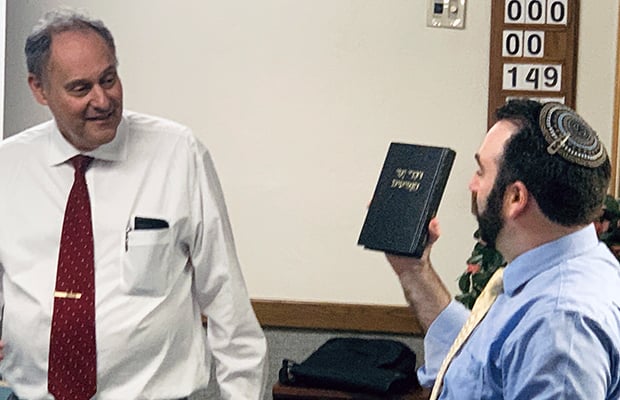 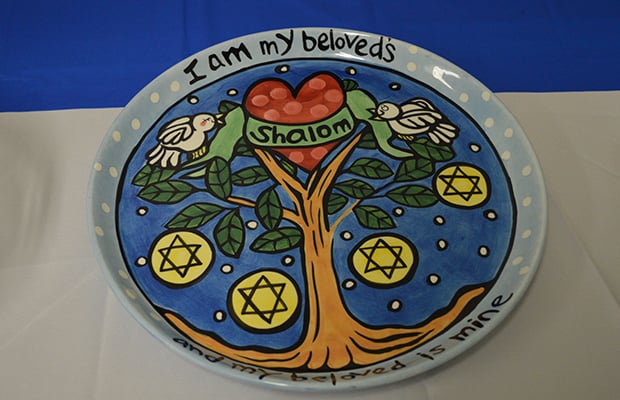 The chapel was decorated with items to represent both the Jewish and Latter-day Saint faiths. Photo by Rick Williams. 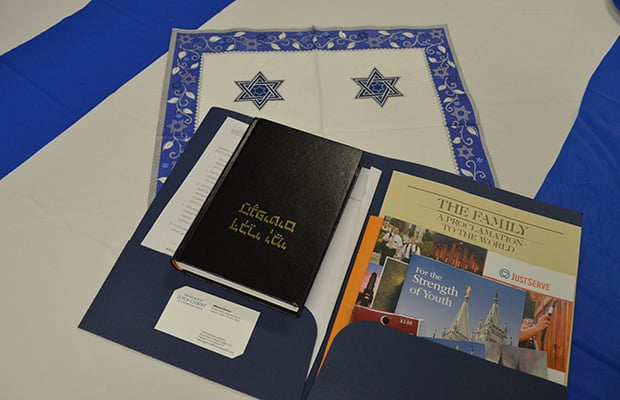 Pamphlets and a Hebrew Book of Mormon sit on a table decorated for the interfaith activity. Photo by Rick Williams.