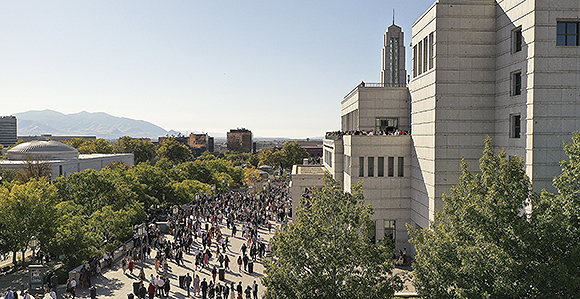 The First Presidency has announced the leadership sessions for the upcoming April 2020 general conference have been postponed because of growing concerns with the spreading coronavirus.

The announcement came in a Church statement released on Newsroom on Thursday, February 27.

“Out of an abundance of caution and with deep concern for global health considerations, as well as sympathy for all who have been or may be affected by the COVID-19 virus, we are postponing leadership meetings associated with the upcoming general conference,” the First Presidency said.

“We wish to be good global citizens and do what we can to limit the spread of this disease. We also want to relieve concerns of our leaders, members, and their families related to the uncertainties of travel at this time.”

The Church leaders’ cautions about traveling to the U.S. for leaders and members comes amid growing global concern for the spread of the coronavirus. Just a week before the First Presidency statement was released, Church leaders announced the closure of some temples in areas heavily affected by the virus and issued extra cautions for members and missionaries.

The leadership sessions, which typically bring together General Authorities, Area Seventies, and General Officers of the Church in the days prior to the spring sessions of general conference, have been postponed by six months and are being rescheduled for October 1–2 of this year.

Only the preconference leadership meetings have been affected by the postponement at this time, with regular general sessions of conference expected to be held as previously announced.

“We are grateful that all members who do not travel to Salt Lake City will be able to view the proceedings of April general conference through technology,” the First Presidency stated. “With great compassion, we pray for all whose lives have been affected by this illness.”