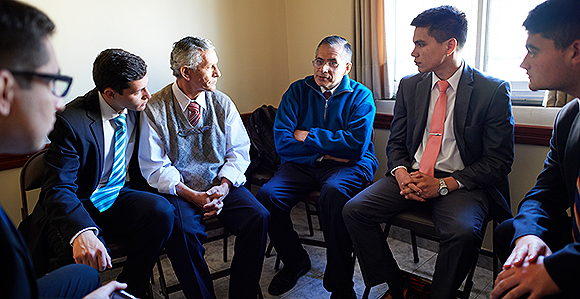 The First Presidency has announced that high priests and elders in a ward combined into one elders quorum to increase unity and effectiveness in doing the work of the Lord.

“We have felt an urgent need to improve the way we care for our people. … To do that well, we need to strengthen our priesthood quorums to give greater direction to the ministering of love and support the Lord intends for His Saints.” —President Russell M. Nelson

During the general priesthood session on Saturday, March 31, President Russell M. Nelson announced a “significant” restructuring of ward and stake Melchizedek Priesthood quorums that will help Melchizedek Priesthood holders “accomplish the work of the Lord more effectively. In each ward, the high priests group and the elders quorum will now be combined into one elders quorum,” he said. There will continue to be a stake high priests quorum, but it will based on “current” priesthood callings.

“These modifications have been under study for many months,” President Nelson said. “We have felt a pressing need to improve the way we care for our members and report our contacts with them. To do that better, we need to strengthen our priesthood quorums to give greater direction to the ministering of love and support that the Lord intends for His Saints. These adjustments are inspired of the Lord. As we implement them, we will be even more effective than we have been previously.”

In subsequent talks, Elder D. Todd Christofferson and Elder Ronald A. Rasband, both of the Quorum of the Twelve Apostles, added further details about the announced changes.

The ward elders quorum will be led by one presidency. The presidency may be comprised of elders and high priests, explained Elder Christofferson. The elders quorum president will report to the stake president and meet regularly with the bishop.

A unified ward Melchizedek Priesthood quorum will allow quorum members to learn from each other as they work together to do all aspects of the work of salvation, including temple and family history work previously coordinated by the high priests, Elder Christofferson said. “The wisdom, experience, capacity, and strength that will be found in these quorums portend a new day and a new standard of priesthood service across the Church,” he said.

“These adjustments will help elders quorums and Relief Societies harmonize their work,” said Elder Rasband. “They will also simplify the quorum’s coordination with the bishopric and ward council. And they allow the bishop to delegate more responsibilities to the elders quorum and Relief Society presidents so the bishop and his counselors can focus on their primary duties—particularly presiding over the young women, and the young men who bear the Aaronic Priesthood.”

“What a joy it will be for all Melchizedek Priesthood holders to have the blessing of teaching, learning, and serving shoulder-to-shoulder with all members in their ward,” added Elder Rasband. “Wherever you are and whatever your circumstances may be, we invite you prayerfully, faithfully, and joyfully to accept new opportunities to lead or to be led and to serve unitedly as a body of priesthood brethren.” 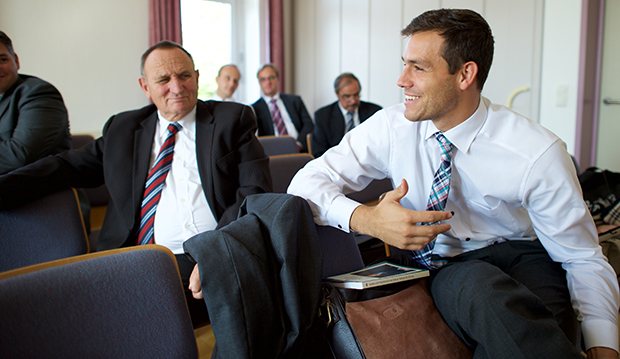 Meetings also continue as outlined in the handbook but with minor adjustments. Wards and stakes will no longer hold priesthood executive committee meetings, Elder Rasband said, and special ward issues may be addressed in an expanded bishopric meeting or ward council. Stake priesthood executive committee meetings will now be called “high council meetings.” The annual meeting of all ordained high priests in a stake will no longer be held, but, he said, “The stake presidency will continue to hold an annual meeting of the stake high priests quorum.”

Recognizing that each ward and stake is different, Elder Rasband encouraged wards and stakes to “follow through with these changes promptly following this general conference.” 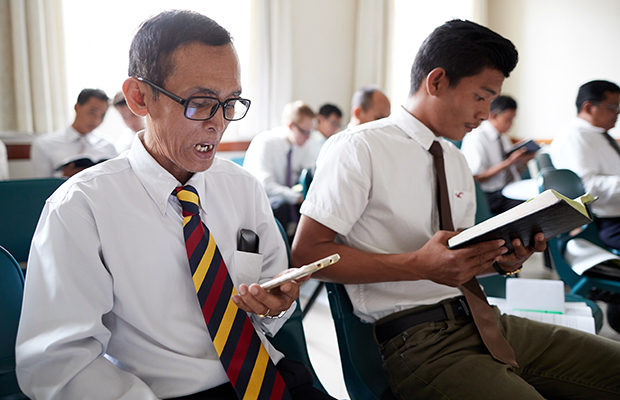