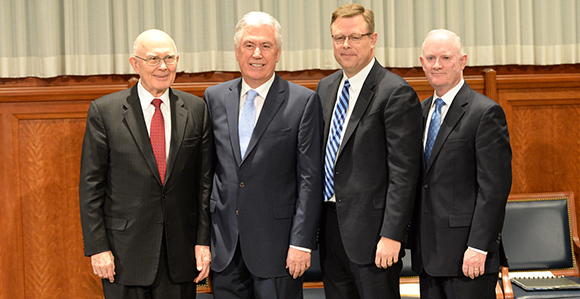 From left are Elder Dallin H. Oaks of the Quorum of the Twelve Apostles; President Dieter F. Uchtdorf, Second Counselor in the First Presidency; Clark Gilbert, current president of BYU–Idaho who will oversee BYU–Pathway Worldwide; and Elder Kim B. Clark of the Seventy and Church Commissioner of Education.

“Pathway is a bridge to the world of online college education and a pathway to opportunities for a successful livelihood.” —President Dieter F. Uchtdorf of the First Presidency

The First Presidency announced the creation of a new global higher education organization in the Church, called BYU–Pathway Worldwide, during a press conference on Tuesday, February 7, at Church headquarters in Salt Lake City.

“This is a very special day for the Church Educational System,” said President Dieter F. Uchtdorf, Second Counselor in the First Presidency, in announcing the new international educational effort. “A day of hope and joy for many of our young people worldwide, who are seeking to educate themselves and to prepare for successful livelihood.”

President Clark G. Gilbert, current president of BYU–Idaho, will oversee the new organization, which will have responsibility for all online certificate and degree programs offered by the Church Educational System. BYU–Pathway Worldwide will be based in Salt Lake City, Utah, and will begin operating May 1.

The roots of BYU–Pathway Worldwide lie in the 2009 creation of the BYU–Idaho Pathway Program, which has made college educational opportunities available to those who otherwise would not have them. There are 37,000 students currently enrolled in the Pathway Program, said President Uchtdorf.

Now that number will grow and expand, he added.

“Pathway is a bridge to the world of online college education and a pathway to opportunities for a successful livelihood,” he said.

The program is unique because it combines online learning with religious education in local institutes or meetinghouses. “As a result, Pathway inspires increased faith and hope in the Lord,” said President Uchtdorf.

The program, which began with three pilot sites, now has more than 497 sites in 50 countries. Some 57,000 students have been served since Pathway began eight years ago.

President Uchtdorf said Pathway has grown because of the “huge and wonderful existing organization and resources of the Church all over the world. The guidance and direction of local leaders and the consecrated service of local members is also an essential part of its growth.”

Pathway has been “a hidden treasure within the CES system,” said President Uchtdorf. “We have felt that now is the right time to give increased focus and direction to Pathway and online higher education in the Church.”

Comparing the program to amaryllis planted in the winter, which blooms in the spring, President Uchtdorf said BYU–Pathway Worldwide would grow and bloom.

President Uchtdorf praised President Gilbert, who has “outstanding ability and preparation” to lead the new organization.

President Dieter F. Uchtdorf, Second Counselor in the First Presidency, announces the the creation of a global higher-education organization, BYU–Pathway Worldwide, Tuesday, February 7, 2017, during a press conference at the Church Office Building.

President Gilbert called the creation of BYU–Pathway Worldwide “a day of hope and encouragement across the Church.”

There are “hundreds of thousands of members across the Church who have been praying for blessings in their lives,” said President Gilbert. “They are covenant keepers. They are faithful. The Lord will pour down blessings upon their heads, and one of the ways He will do that is through education.”

There are Latter-day Saints in Mexico, Brazil, the Philippines, Haiti, and West Africa—as well as “right here in Utah”—who thought education was something they would not be able to access, said President Gilbert.

“BYU–Pathway Worldwide opens doors to education. … One of the ways it does that is by building confidence.”

Part of this miracle happens when the Pathway students understand that there is a relationship between their faith and the expectation the Lord has for them to become educated, he added. “We do not see the spiritual education of our students as a positive side benefit, nor do we see the ability to find work for a family as a positive side benefit, but when we really understand what is happening in the lives of these students, our path to education and our faith as a people are intricately connected in personal and real ways.”

Elder Kim Clark of the Seventy and Commissioner of Church Education said BYU–Pathway Worldwide is responsible for Pathway and will coordinate all other CES online higher education certificate and degree programs, including English language certification, technical and skills-based certificates, and online degrees. The organization will not seek institutional accreditation. The programs it offers will be accredited through the existing CES institutions that already grant the certificates and degrees offered.

“We have learned that this is not about us setting a goal and them trying to reach it,” Elder Clark said. “This is about trying to keep up with the Lord. Pathway has grown so much faster than any of us expected.” 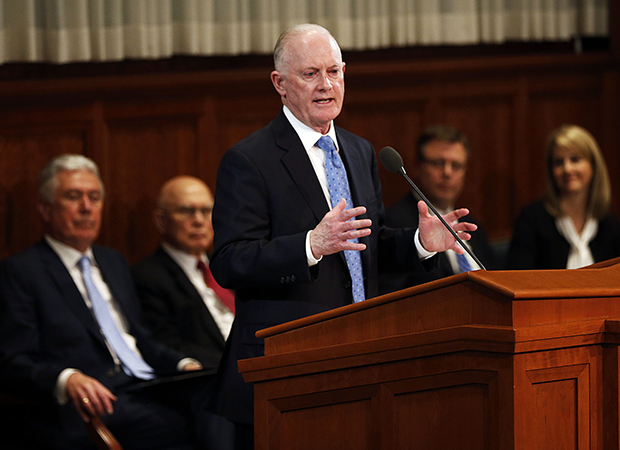 In addition to President Uchtdorf and Elder Clark, Elder Dallin H. Oaks of the Quorum of the Twelve Apostles and Elder Von G. Keetch of the Seventy participated in the press conference. Richard E. Turley Jr., managing director of Church Public Affairs, conducted the press conference, which was also attended by Clark Gilbert’s wife, Christine Gilbert, and six of their eight children. 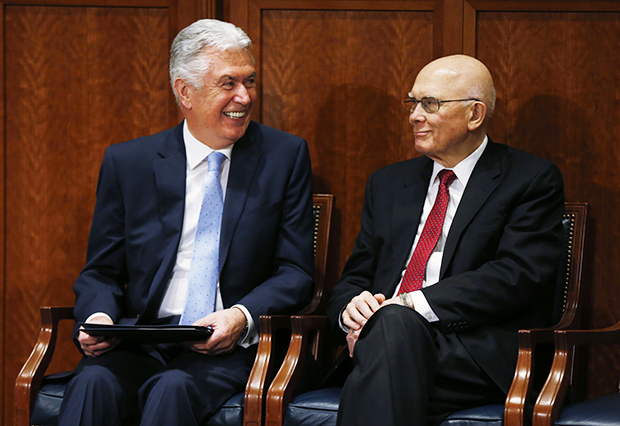 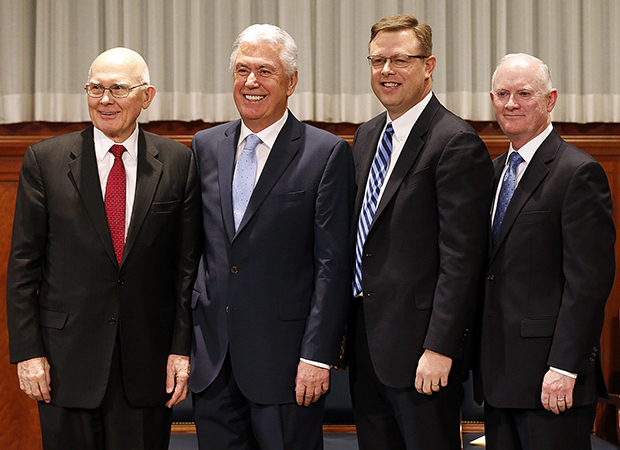 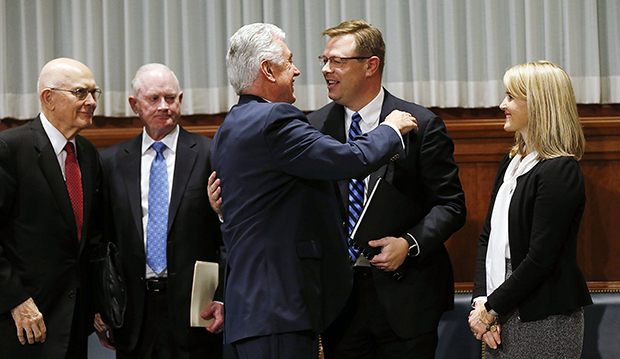 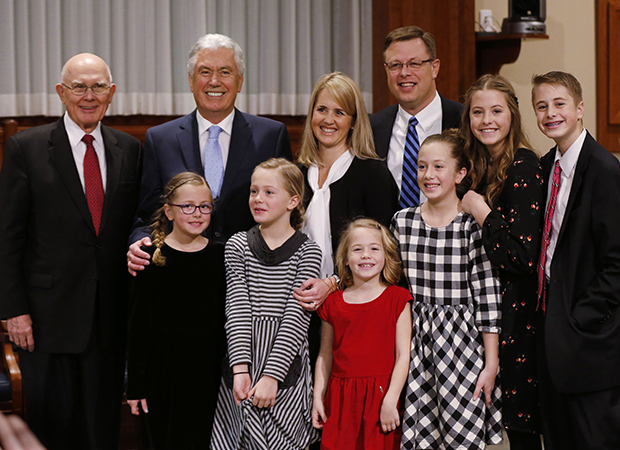