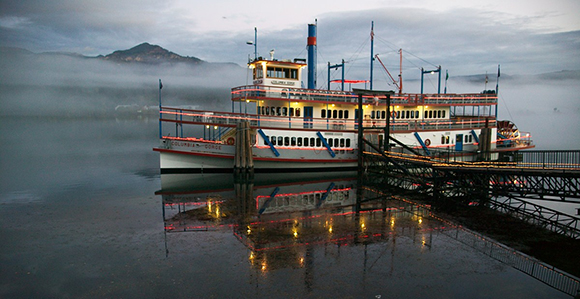 Our ancestors’ stories of faith and obedience can give us strength as we face our own challenges in life.

My pioneer great-great-grandparents, Thomas and Mary Sudbury Humpherys, were baptized into the Church in Mansfield, Nottinghamshire, England, in 1849. In April 1853, they sailed on the ship Camillus bound for New Orleans with their seven children: John, Sarah, George, Harriet, Samuel, Joseph, and Hyrum.

After 62 days at sea, they arrived in New Orleans in June and went by steamboat up the Mississippi to St. Louis, Missouri. Here their funds ran out, and they were forced to remain in St. Louis until more funds could be obtained to buy provisions for the trek to Zion.

Thomas found work on the dock loading and unloading barges while Mary did cooking, washing, cleaning, mending, and caring for the sick at the Church mission home. All of the other children who could work did any jobs available.

After only a few weeks, tragedy came to the family when Thomas died of a heart attack. Even with renewed efforts to earn the money they needed to complete their journey to Zion, without the wages of Thomas they barely had enough just to pay for their living expenses in St. Louis.

Mary, her faith unshaken and trusting in the power of God, was more determined than ever to complete their journey. Every night she would kneel in prayer and ask the Lord that in some manner the way would be opened for them to reach their ultimate goal.

The mission home was near where they lived, and Mary washed, ironed, and mended clothes for the missionaries, besides nursing and cooking for them.

Orson Spencer, the mission president and a prominent member of the Church, came to know her by her many kindnesses to the missionaries.

President Spencer became very ill, and despite all that could be done he knew it was the end and that he would never live to see his family again. He told Mary that if she would assume the responsibility of taking his remains back to his loved ones, he would provide her with all of the funds she needed to go to Zion. This was an answer to her prayers, and she readily agreed.

Shortly thereafter, Orson Spencer died, and Mary and her family crossed the plains with his coffin in their wagon. Because of the space taken up by the coffin, they also pulled a handcart that contained some of their supplies. The bed for the two girls was on top of the coffin.

They arrived in the Salt Lake Valley in October 1856, and President Spencer’s remains were delivered to his family.