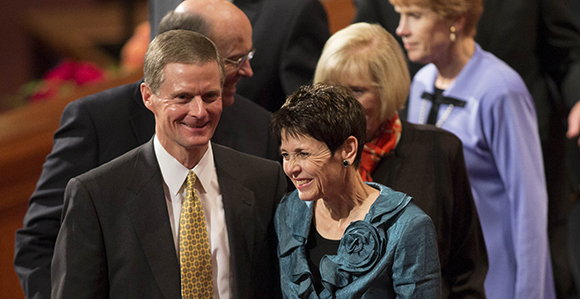 Elder David A. Bednar and his wife, Sister Susan Kae Bednar, exit the stand following the Sunday afternoon session of the 183rd Semiannual General Conference on Sunday, October 6, 2013, inside the Conference Center.

Elder David A. Bednar of the Quorum of the Twelve Apostles and his wife, Sister Susan Bednar, will be the featured speakers at the popular Family Discovery Day for the upcoming RootsTech 2019 conference in Salt Lake City, Utah.

They will speak Saturday, March 2, at the free, one-day event geared specifically toward families and members of The Church of Jesus Christ of Latter-day Saints.

Sharing from “a wealth of knowledge and family history experiences,” Elder and Sister Bednar’s message will help audiences make new connections to family history, according to the December 17 RootsTech announcement.

In addition to the Bednars’ remarks, Family Discovery Day 2019 will offer opportunities for attendees to experience the interactive expo hall and attend classes centered on how to find and prepare family names for temple ordinance work.

Those unable to attend the event can watch Elder and Sister Bednar’s remarks and other select presentations streamed live on the ChurchofJesusChrist.org home page at 9:30 a.m. MST on March 2.

RootsTech 2019 is scheduled to run from February 27 through March 2 at the Salt Palace Convention Center in Salt Lake City. Additional guest keynote speakers include actress Patricia Heaton—best known for her role on the TV series Everybody Loves Raymond—and ukulele player Jake Shimabukuro.

Registration is required to attend Family Discovery Day and the weeklong RootsTech conference.

The 2019 event will also feature a new addition as RootsTech goes international, with a second conference scheduled for October in London, England. 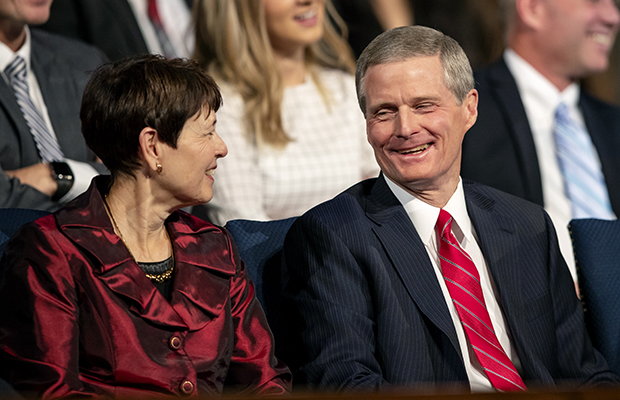 Elder David A. Bednar of the Quorum of the Twelve Apostles and his wife, Sister Susan Bednar, share a laugh as they attend the campus devotional in the Marriott Center at BYU in Provo on Tuesday, December 4, 2018. Photo by Scott G Winterton, Deseret News. 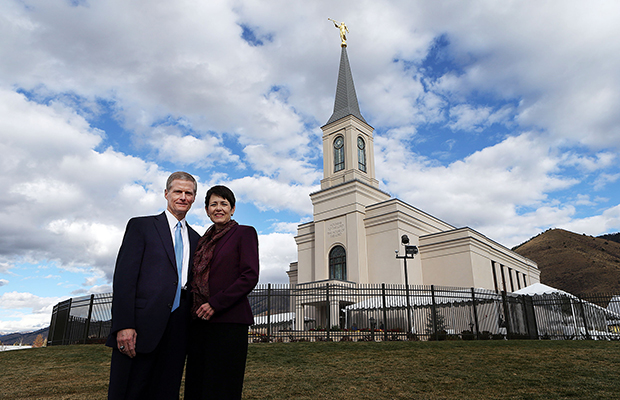 Elder David A. Bednar and Sister Susan Bednar pose for a photo at the Star Valley Wyoming Temple in Afton, Wyoming, on Saturday, October 29, 2016. Photo by Ravell Call, Deseret News. 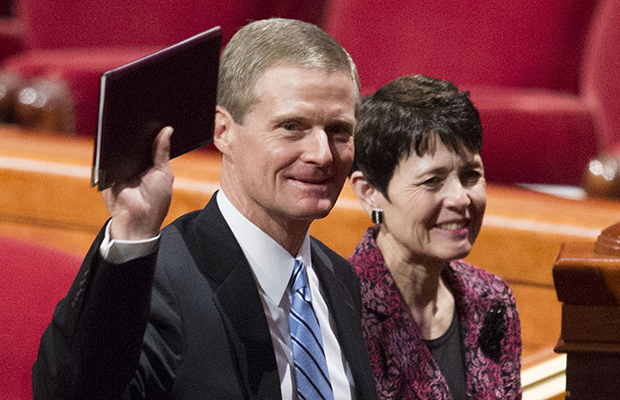