“Fairness for All” a Longstanding Approach for the Church 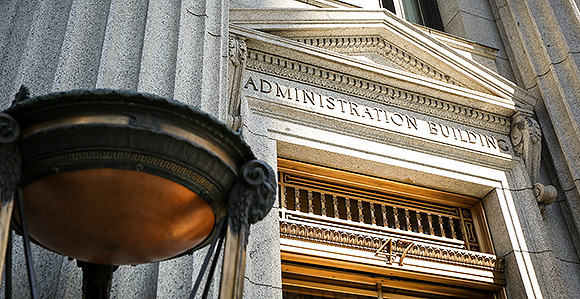 The Church of Jesus Christ of Latter-day Saints released a statement on May 13, calling for "fairness for all" and expressing opposition to the Equality Act currently before Congress. That proposed legislation would hinder religious liberties, the Church added. Photo courtesy of the Deseret News.

In a May 13 statement expressing opposition to the Equality Act, The Church of Jesus Christ of Latter-day Saints reemphasized its stance that “fairness for all” plays an important role in protecting both LGBT community rights and the right to freedom of religion.

Protections for both religious liberties and LGBT rights can can be reached without either side having to compromise its values, the statement added, but the Equality Act does not offer that harmonious conclusion.

Why the Equality Act isn’t fair for all

As the Equality Act—a bill proposing increased LGBT protections on a national level—is put before Congress, the Church voiced concerns for how the proposed increased protections for LGBT rights could potentially harm existing protections for religious freedom.

“The Equality Act now before Congress is not balanced and does not meet the standard of fairness for all,” the statement said.

Such opposition expressed by the Church is not directed at the increased protections for the LGBT communities. On numerous occasions, the Church has expressed support for protecting LGBT rights. Rather, its opposition comes due to the threat the proposed bill poses to the continuing protection of religious freedom.

While the majority of the changes proposed by the Equality Act align with changes made during the 2015 legislation in Utah concerning the same topics, some of the proposed changes would limit the ability of religiously affiliated institutions, organizations, businesses, or individuals to act according to their religious beliefs and conscience.

Additionally, a proposal to negate any use of the Religious Freedom Restoration Act in defense of any such organizations, businesses, or individuals in judicial cases against discrimination is seen by many as a threat to the protection of religious freedom, which has been long upheld by the U.S. Constitution and courts in accordance with that and similar acts.

A history of fairness

In 2015, after working on similar issues specific to the state of Utah, a Church statement read, “Rights work best when sought and shared by everyone. And since we all live and breathe and move in the same public space, there is no acceptable alternative to working out our differences.”

In March of that year, Utah State Legislators had just passed Senate Bill 296, which asserted antidiscriminatory protections for LGBT people in areas of housing, employment, and public spaces in Utah. Following the bill’s passing, Church leaders—who worked closely with state legislators to develop the bill in a way that did not impinge upon the freedom of religion protected by the Constitution—issued the 2015 statement regarding its involvement.

“The intent of the Church is to promote sound principles to encourage discussion and action in legislatures that reflect fairness for all,” the statement continued. “Our society’s information environment steers the public to view conflicts as just a part of a bigger culture war, a battle of winner-takes-all in which there is only ever one right and one wrong, and where the only answer to any question is either ‘yes’ or ‘no.’”

The Church asserted then, as it has echoed again in its most recent statement, that “protecting the conscience of religious people and affirming the right of LGBT people to lead a dignified life—can be compatible.”

Speaking in 2016, at the Regional Religious Freedom conference in Dallas-Fort Worth, Texas, then-Elder Dallin H. Oaks of the Quorum of the Twelve Apostles stated, “We deny any intent to compromise our doctrine or religious belief or to invite any others to compromise theirs.”

At the time, leaders of The Church of Jesus Christ of Latter-day Saints sought to defend the idea that “fairness for all,” did not entail any form of compromise of beliefs from either the religious or LGBT sides during the legislative discussions in Utah the year prior, which had led to what the media dubbed the “Utah Compromise.”

The 2015 Utah legislation on LGBT rights and religious freedom, as Elder Oaks explained a year later, was not, in fact, a compromise at all. Rather, it exemplified efforts to resolve differences through mutual understanding, accommodation, and practice of civility.

“The key to what we did in Utah is that no one compromised any of their values or positions,” said Utah State Senator Stuart Adams in a recent interview with the Church News. “The LGBT community stayed with their same positions, and so did the religious communities. Their deep-seated religious beliefs were not compromised.”

What made the 2015 legislation in Utah unique—and perhaps a good model for similar issues moving forward—is that both sides worked to protect each others values and beliefs and found ways to respect both without compromising, Sen. Adams added.

“It’s kind of cool when both sides try to protect each other. It’s a really significant thing … and when that happens, it helps everyone in society.”

It’s no secret some of the core doctrinal beliefs of the Church and many other religious organizations are in many ways opposed to the practices of the LGBT communities. But as Church leaders made clear during a 2015 press conference explaining the Church’s stance of “fairness for all,” the beliefs and the rights of one citizen should not outweigh another’s.

“We must find ways to show respect for others whose beliefs, values, and behaviors differ from our own while never being forced to deny or abandon our own beliefs, values, and behaviors in the process,” said Elder Jeffrey R. Holland of the Quorum of the Twelve Apostles. “Every citizen’s rights are best guarded when each person and group guards for others those rights they wish guarded for themselves.”

Stating then, as it recently did again in opposing the Equality Act, the Church reiterated its favor for taking reasonable measures to protect the rights of the LGBT community to live and act according to their consciences and in ensuring fair access to housing, employment, and public spaces. However, it also expressed the need to similarly protect faith communities and individuals in their rights for freedom of expression and religious practice.

As Elder D. Todd Christofferson of the Quorum of the Twelve Apostles explained during the 2015 press conference, the Church seeks to find “a way forward in which those with different views on these complex issues can together seek for solutions that will be fair to everyone.”

In an interview with the Church News following the 2015 press conference, Elder Christofferson said, “We are troubled by the position of some absolutists that nondiscrimination must trump all other values and considerations. … But tolerance does not mean forcing someone to condone what they in good conscience cannot condone.”

He further explained that the Church’s call for “fairness to all” would lead to an end to discrimination while simultaneously protecting the liberty of people to live according to their conscience.

Sen. Adams underscored the importance of protecting one another.

“Everybody’s rights should be protected—whether you have deep-seated religious beliefs or whether you’re gay. And if you try to just protect one or the other, that’s not the American way,” he said in reference to the Equality Act and the Church’s decision to oppose it.

Such is the significant difference between the Equality Act and the Church’s proposal for “fairness for all,” he said, adding the Equality Act only safeguards the LGBT community and dismisses protections for the religious communities.

Freedom and fairness for all

After the Church launched its website for religious freedom in September 2016, Elder Oaks explained that because the First Amendment in the Bill of Rights was “established to give favored constitutional treatment to religion, speech, press, and assembly,” the weakening of any part of the amendment would weaken the whole.

And if such a time were to come when the predominant culture no longer sufficiently valued such freedoms, said Elder Christofferon in 2017, “even constitutions will not be sufficient to sustain and preserve them.”

As legislation and culture continue to sporadically propose changes that challenge the freedom of religion upon which the United States of America was established, the Church will continue to defend such rights. And they will do so in the same manner they always have: working to protect their rights, as well as those of others.

“The opportunity to be involved in the ­political process is a privilege given to every citizen,” said Elder Ronald A. Rasband, then of the Presidency of the Seventy, in a 2015 BYU devotional. “Our laws and legislation play an important teaching role in shaping our social and moral culture. We need every individual in society to take an active role in engaging in civic dialogue that helps frame laws and legislation that are fair for everyone.”

Both the Church and its members have a civic responsibility to be involved in protecting their own rights and the rights of others, Elder Rasband added, offering advice on how to do so.

“First, try to view others through a lens of fairness. … Second, let fairness guide your treatment of others. … Third, I would encourage you to stand up for fairness if you see another’s rights being impeded.”