Entire First Presidency, Quorum of the Twelve Apostles to Gather in Rome for Temple Dedication 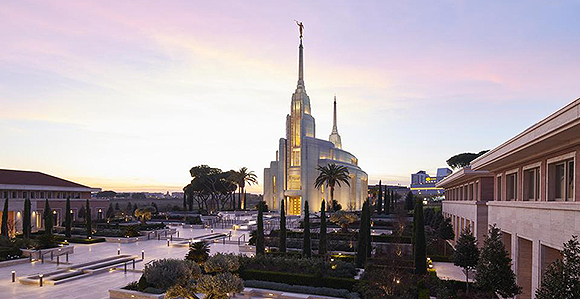 The Rome Italy Temple, which will be dedicated Sunday, March 10, by President Russell M. Nelson.

Gathering here in one of the most influential cities in the history of the world and in the history of Christianity, every member of the First Presidency and the Quorum of the Twelve Apostles of The Church of Jesus Christ of Latter-day Saints will participate in the Rome Italy Temple dedication this coming week.

“It is significant that the full First Presidency and Quorum of the Twelve Apostles will be together for the Rome Italy Temple dedication,” said Justin Bray, a historian for the Church History Department. “It is rare that they are all together outside of Church headquarters.”

“While the landmark dedications of the Laie [Hawaii], 1919; Cardston [Alberta], 1923, and Bern [Switzerland], 1955, temples saw several members of the First Presidency and the Twelve in attendance, none of the events saw both quorums gathered together in their entirety,” he said.

From 1971 to 1980, the Church held area conferences in various places around the world, such as England, Mexico, Germany, Argentina, South Africa, Hong Kong, and the Philippines. Attendance at these conferences usually consisted of two members of the First Presidency and anywhere between two and seven members of the Twelve. The full First Presidency sometimes attended these conferences, but never the full Quorum of the Twelve Apostles, said Bray.

In addition, between 1839 and 1841, “nine of the Quorum of the Twelve Apostles served a mission to the British Isles, while the First Presidency remained in Nauvoo. The nine Apostles traveled in various groups overseas and were together briefly for a conference in Liverpool before separating to serve in various parts of the British Isles.”

Bray said it is also significant that the senior leadership of the Church is gathering in Rome, “an important city in world history and the history of Christianity.”

Some of the earliest Christians lived in Rome, Bray explained. While it is unclear who originally took the gospel to Rome, there had been a branch of converts in the city for “many years” by the time Paul wrote his epistle to them in about AD 57 (see Romans 15:23).

“In fact, Paul’s epistle to the Romans was the longest of his letters that were later canonized in the New Testament,” said Bray. “Tradition holds that the Apostles Peter and Paul both preached in Rome and were imprisoned and martyred in Rome. The Roman Empire went on to become one of the most influential political, military, and social structures in the world and made lasting contributions to virtually every aspect of western civilization.”

The Church of Jesus Christ of Latter-day Saints in Italy has a long and rich history “that unfortunately included long periods without the gospel,” said Bray.

In 1843, Joseph Toronto became the first known Italian convert to the Church when he was baptized in Boston, Massachusetts. In 1849, Toronto accompanied Elder Lorenzo Snow, then of the Quorum of the Twelve Apostles, on a mission to Italy. They found some initial success, but the mission was closed in 1867 and the Church in Italy lay dormant for decades, said Bray.

During World War II, Latter-day Saint servicemen were stationed in cities throughout Italy. “Over the next two decades following the war, Italians living and/or traveling around the world learned about the Church, converted to the gospel, returned to the homeland, and helped build up the small branches in Italy,” said Bray.

It wasn’t until 1966 that the Italian Mission was reestablished with headquarters in Rome. In 1972, Harold B. Lee became the first President of the Church to visit Italy. In 1981, the Milan Italy Stake became the first stake in the country. In 2005, the Rome Italy Stake was organized. And in 2008, the Rome Italy Temple was announced by President Thomas S. Monson in October general conference. 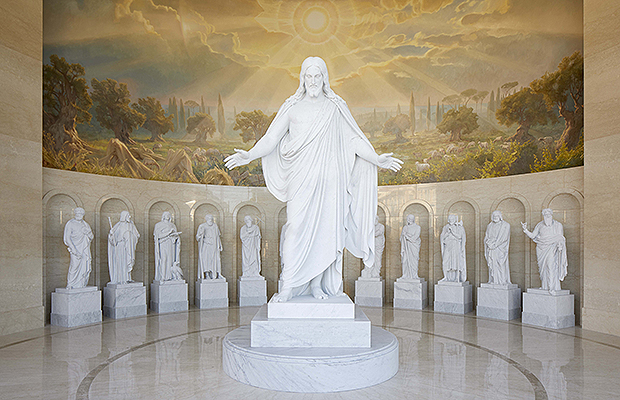 The Christus and statues of the Apostles in the Rome Italy Temple Visitors’ Center.

Participating in the March 10–12 dedication of the Rome Italy Temple will be: 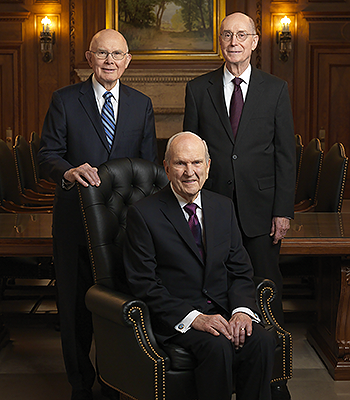 The First Presidency of The Church of Jesus Christ of Latter-day Saints.

The Quorum of the Twelve Apostles

The Quorum of the Twelve Apostles of The Church of Jesus Christ of Latter-day Saints.