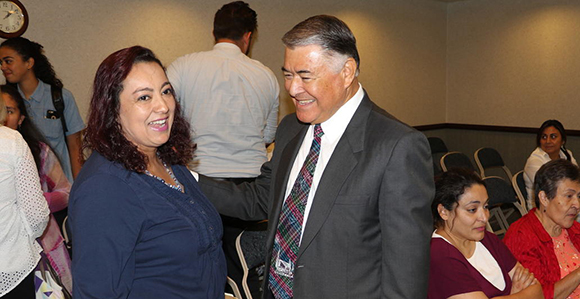 Bishop Carlos H. Amado is living proof that “emeritus” is not always synonymous with “retired.”

For more than two decades, Bishop Amado answered to “Elder” Amado. He became a General Authority Seventy in 1989 and spent some 25 years organizing stakes, counseling mission presidents, participating in temple dedications, and working shoulder-to-shoulder with prophets and apostles. 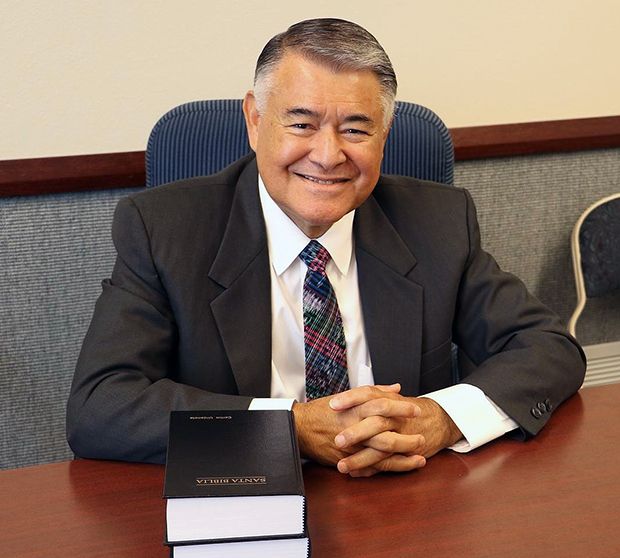 Along the way, he left a lasting footprint of leadership in Latin America, presiding over four different areas of the Church.

Then, in 2014, he was released from the Seventy and became an emeritus General Authority. He had just turned 70—retirement age. He had earned the right to play golf, find new fishing holes, and catch up on missed time with his growing family.

Instead he went to work.

Not long after his release as a General Authority Seventy, he was called as bishop of Utah’s Daybreak 5th (Spanish) Ward. (His wife, Mayavel Amado, is a Sunday School teacher.)

Bishop Amado accepted the unexpected assignment with trademark humor: “It seems like everything today is being recycled—so I guess that is what the Church is doing with me.” 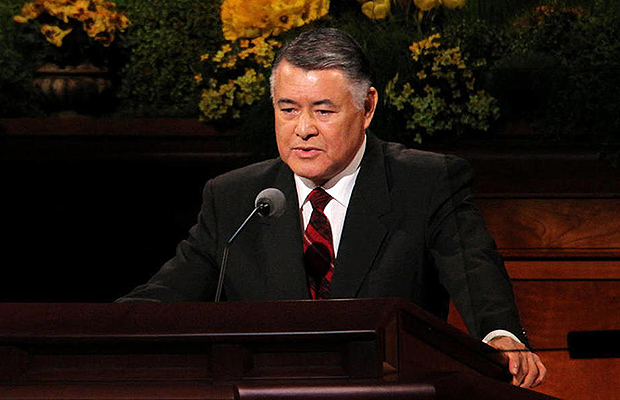 The General Authority Seventy-turned-bishop may not be following a traditional path of Church leadership. General Authorities are usually former bishops—not future bishops.

“But in the Church there is no vacation time, no retirement,” he told the Church News. “I have always believed that it does not matter where you serve, but how you serve.”

“Bishop Amado has consecrated his life to the Lord and His Church,” he said.

The stake president added he often observes the bishop quietly shepherding in the Daybreak 5th Ward. Whether he’s walking alongside a youth at a recent pioneer trek or visiting the home of a less-active man, Bishop Amado’s first concern, he said, is always for “the one.”

Julio Alvarado became acquainted with Bishop Amado decades ago. He has watched his friend and fellow Guatemalan fulfill a vast range of Church assignments.

“But it doesn’t matter if he’s [working] with a deacon or an apostle; he performs every calling as if it were the highest honor in the Church,” he said. “If anyone knows how to touch a person’s heart, it’s Bishop Carlos Amado.”

This isn’t the first time Bishop Amado has presided over a ward. He served as a bishop in Guatemala before being called as a General Authority Seventy. “But this time around it’s completely different,” he said. “Many of the challenges are the same, but the ways you might resolve those problems are different.” 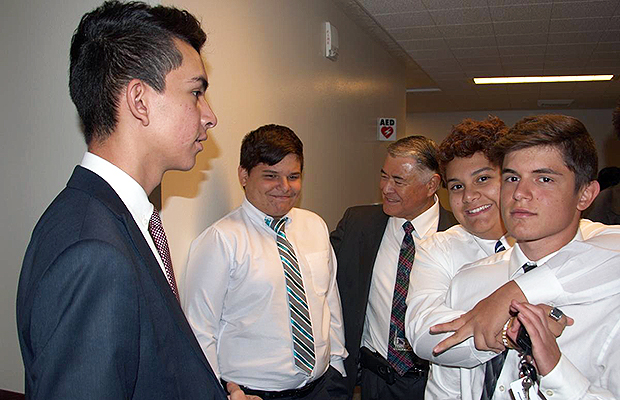 He admits he’s an “old school” bishop. He doesn’t always get along with his computer and prefers to write things down by hand. But he adds he learns new things each day.

“When I was serving as a General Authority, I would typically give more general instructions to stake presidents and mission presidents. But when you are a bishop, the instructions must be more specific. When a member has an individual problem, it’s your job to help solve it.”

So, are leaders in his stake a bit intimidated giving direction to an emeritus Seventy?

“I don’t believe so,” he answered, shaking his head. “Sometimes they ask questions about certain things—but I don’t give my opinion on things I should not. I’m very obedient to my stake president. I do whatever he asks of me because I understand the line of authority in the Church.”

Understandably, folks in his ward sometimes believe their venerable bishop has an answer for every question and concern. “But I usually respond to their questions with two of my own: What do you think, and how can we can find an answer together?”

Bishop Amado’s tenure in the Seventy made him an eyewitness to the work being performed by the General Authorities he has come to call his friends.

“What I enjoyed most while working with the Brethren was seeing the love and respect they have for one another and seeing their commitment to carry out whatever the Lord asks them to do,” he said. “They are faithful men who will never ask for anything that they have not already done themselves.”

He also has a promise for anyone considering “retirement” from Church service: Blessings await those who labor—in any capacity.

“I am every bit as happy serving as a bishop as I was serving as a General Authority,” he said. “I was not sad when I was released from the Seventy. It was a wonderful experience, but my joy in this calling is just the same.”