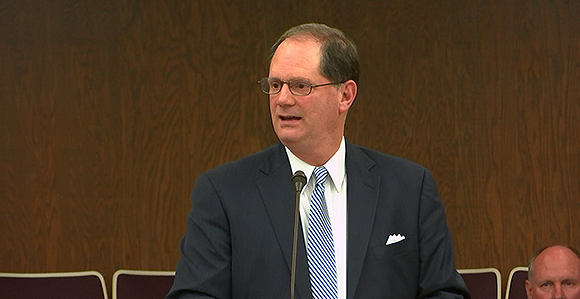 “His loss is deeply felt, and we extend our love and prayers to his wife, Bernice, his children, and loved ones, and pray for the Lord’s blessings of peace to be with them at this tender time,” said Eric Hawkins, Church spokesman.

A public viewing is scheduled from 6-8 p.m. on Thursday in the same building, with a second viewing set for 9:30-10:30 a.m. on Friday, according to a family spokesperson. A graveside service will be held afterward at the Pleasant Grove Cemetery, 500 North Main, Pleasant Grove.

Elder Keetch, chief outside counsel to the Church before his call as a General Authority in 2015, was born March 17, 1960, in Provo, Utah, to Gary and Deanne Keetch. He and his wife, Bernice Pymm Keetch, are the parents of six children.

In a 2015 Church News interview, Elder Keetch said the defining moment of his life came as he was completing a judicial clerkship with Justice Antonin Scalia of the United States Supreme Court and preparing to enter full-time law practice.

He could have worked in any city in the United States for a multitude of big law firms. Instead, he and his wife asked the Lord what they should do. After a period of uncertainty and searching, the couple felt directed to return to Salt Lake City, where he went to work for the law firm of Kirton McConkie. He practiced law at Kirton McConkie from 1990 to 2015.

By returning to Utah in 1990, Elder Keetch thought he might be sacrificing his ability to work on cutting-edge legal cases in order to follow the direction of the Spirit and be near family.

Instead, as the chief outside legal counsel for the Church, Elder Keetch argued constitutional issues and supervised precedent-setting cases on religious liberty. He represented almost every major religious denomination in the country.

Elder Keetch graduated from BYU in 1984 in political science and received a law degree from the J. Reuben Clark Law School at BYU in 1987.

As a young man, Elder Keetch served in the Germany Dusseldorf Mission, held many leadership positions, and came to love the German people. He discovered that in Germany “once you are friends, you are friends for life,” he said in the 2015 interview.

Just after accepting the call to serve as an Area Seventy in the Fifth Quorum of the Seventy, Elder Keetch was diagnosed with cancer. He underwent chemotherapy and five surgeries. “It is hard experiences that teach life lessons about what is important,” he said in 2015.

He also said in 2015 that he has seen, as the chief legal counsel for the Church, how the Lord moves His work forward. “I marvel at the way the Lord puts the pieces in place so His kingdom on earth becomes what He wants it to be. I am grateful to be part of that effort.” 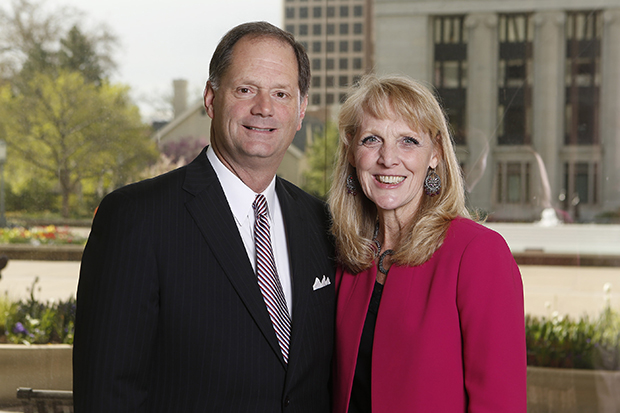