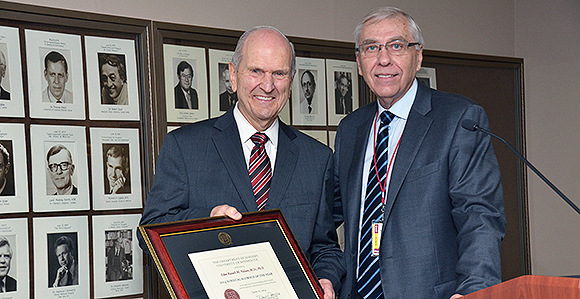 Elder Nelson, left, receives the Surgical Alumnus of the Year Award presented by Dr. David Rothenberger, director of surgical training in the Department of Surgery at the University of Minnesota Medical School.

In September of 1947, shortly after his 23rd birthday, Russell M. Nelson posed for a photo with 14 other young men on the surgical intern staff at the University of Minnesota Hospitals.

At the time he was called to the Quorum of the Twelve Apostles in 1984, he was a world-renowned surgeon, medical researcher, lecturer, and teacher. He was a pioneer in open-heart surgery, having researched and helped to implement the development of the artificial heart and lung machine.

On Tuesday, June 10, 2014, Elder Nelson returned to the University of Minnesota, where he received the medical school’s Surgical Alumnus of the Year Award during the school’s graduation ceremonies.

“It was really quite interesting that they should ask me to participate in graduation services exactly 60 years after I received my degree,” Elder Nelson said during a conversation with the Church News. He spoke twice during his visit, the first time during the graduation ceremony on Tuesday morning and the second at a reception honoring the graduates that evening.

He told the new doctors that they had spent much of their lives qualifying and learning how to save lives. From this point forward, he said, they must meet their own expectations and demands. “The verb changes from learning how to do to learning what you want to be, from ‘to do’ to ‘to be,’” he said.

To help them accomplish that, he told them to ask themselves what they would like said at their own funerals. “Everything that will be said about you at your funeral will pertain to what you have become,” he said. “Are you people of faith? Do you have faith in the Lord? Do you have faith as a child of God?”

Elder Nelson encouraged them to “rise to the divine potential that is in you. … Don’t limit your knowledge to what you learned in textbooks. Include the knowledge that God gives you in the scriptures. Read the scriptures and know what they say.” 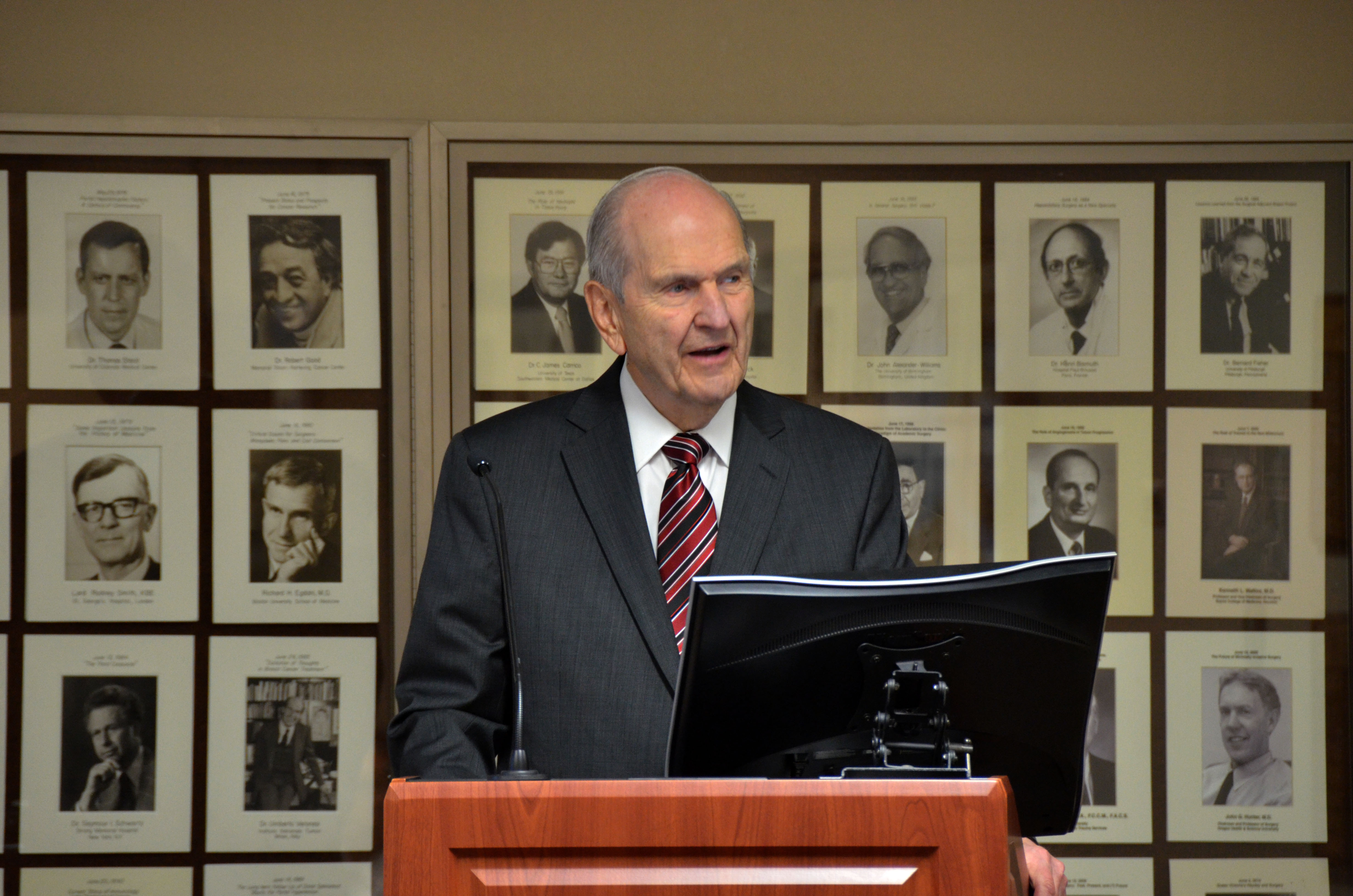 He spoke of deaths caused by what was known as childbirth fever, which over centuries claimed the lives of countless women and children. Elder Nelson pulled from his pocket his iPhone and read Leviticus 15:1-8 and said that those verses give a perfect description of washing hands and clean technique in the handling of patients. All those people until the 19th century died because no one had read Leviticus and applied it, he said. “While you’re getting knowledge, don’t be ignorant of the knowledge God gives in the scriptures.” 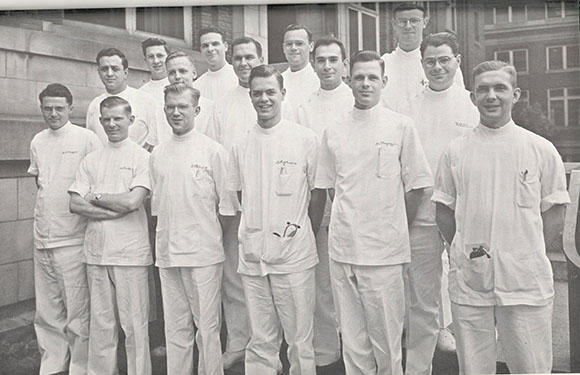 In 1947, Russell M. Nelson, third from the left in the second row, posed for a photo with the surgical intern staff of the University of Minnesota Hospitals. Photo courtesy of Elder Russell M. Nelson.