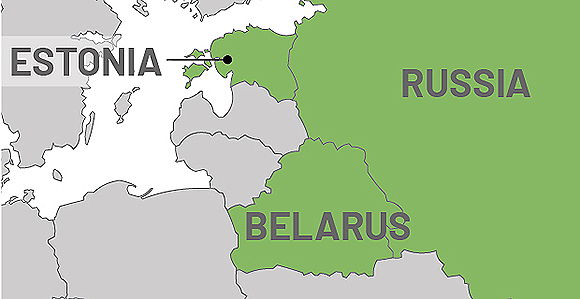 Locator map of Elder Ronald A. Rasband’s trip to the Europe East Area, which included a stop in Belarus. Graphic by Joseph Tolman, Church News.

President Davydik has been a firsthand witness and participant of the pioneering story of the Church in his native land.

In 1993, President Davydik was baptized just days after hearing President Russell M. Nelson, then a member of the Quorum of the Twelve Apostles, deliver a speech in the Belarusian capital of Minsk.

Since then, he has functioned as a true pioneer—going before “to prepare or open up the way for others to follow” (Thomas S. Monson, “Led by Spiritual Pioneers,” Ensign, August 2006). He has served as a priesthood leader for his fellow Belarusian Saints and has presided over a Church mission.

From personal experience, he knows well the power that a latter-day Apostle’s visit can have on his homeland. President Nelson first came to Belarus—an eastern European nation of 9.5 million—in 1993, offering a prayer on the land and its people.

He would return in 2017 as president of the Quorum of the Twelve to reconnect with the Belarusian members, including President Davydik. (See related story.)

“It is not the scenery; it is not the climate; it is not the history. The things you remember best are the individuals you meet and have learned to love,” said President Nelson following his 2017 visit.

Now another Apostle’s recent visit is again blessing Belarus, said President Davydik. Elder Ronald A. Rasband of the Quorum of the Twelve Apostles met with local members and leaders in Belarus during the final days of May and the beginning of June. (See related story.)

“It was a real miracle to see and recognize a living Apostle of the Lord Jesus Christ,” he wrote in an email. “During his four-day stay in Minsk, there were four meetings with members of the Church. This was a big deal for us. It had never happened before.”

Elder Rasband’s visit to Belarus included meetings with leaders from the Minsk Belarus District and the Minsk Branch, a youth devotional, and a district conference.

Several of the events offered Latter-day Saints opportunities to ask questions of the visiting Apostle. President Davydik said Elder Rasband’s loving counsel to the young people will have a lasting impact.

“Elder Rasband spoke about himself and his family and answered questions from the young men and young women,” he wrote. “It struck me that Elder Rasband responded as if he had known these young people for a long time. It was amazing for me—and it was evidence that he was really an Apostle and that he was acting under the guidance of the Holy Ghost and speaking through revelation.”

At the district conference, Elder Rasband assured the Belarusian members of President Nelson’s love for them and spoke optimistically of the Church’s future in their country.

“The Apostle told us, ‘You are the pioneers of the Church in Belarus.’”

President Davydik said Elder Rasband asked the members to remain in Belarus and build up the Church in their native country.

“Elder Rasband told us not to just live for ourselves but to establish the Church for those who are coming after us. He told us to never stop trying and that the future depends upon us,” wrote President Davydik.

The visiting apostle also challenged each member in Belarus to fast and pray for his or her neighbors. “He asked to think about how each of us can lead them to the Church of the Lord Jesus Christ.” 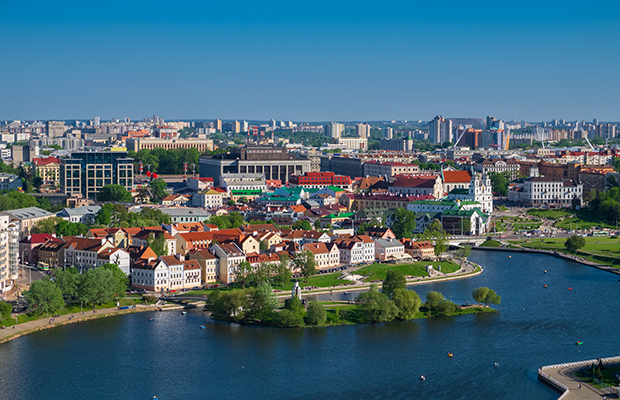