Elder Jack N. Gerard Encourages BYU Students to Trust in the Lord despite Times of Uncertainty

“Our willingness to trust in the Lord and heed His counsel, even when we did not see clearly, resulted in blessings beyond anything we could ever suppose.” —Elder Jack N. Gerard, General Authority Seventy

As Elder Jack N. Gerard stood at the podium of the Marriott Center at Brigham Young University, he thanked the vocal soloist for her performance and spoke to a nearly empty building.

To the many who were watching the devotional broadcast remotely, the General Authority Seventy said, “It feels a little lonely without each of you in attendance. I must say I was looking forward to seeing your countenances and feeling your spirits.”

However, he expressed his gratitude that the students are following the direction of the First Presidency in the wake of the spread of COVID-19. “Thanks for all you do to appropriately minister to others during this temporary uncertain time,” he said.

The March 17 BYU devotional was the first to be broadcast remotely from the four Church-owned schools. BYU–Idaho, BYU–Hawaii, and LDS Business College also broadcast their weekly devotionals at their usual times today.

While thinking about what to speak on, Elder Gerard recalled an experience when he and his wife, Sister Claudette Neff Gerard, had just been married and started a family. They had determined their top priority would be the gospel of Jesus Christ and its attendant responsibilities. They started a family, and Elder Gerard attended night school while also working full-time.

By the time he had graduated from law school six years later, “we were expecting our third child, had taught early-morning seminary, had served in a bishopric, and, quite frankly, we were exhausted.”

During this time, they received an anonymous letter suggesting they were making a mistake by working hard, trying to complete school, starting a family, and serving in the Church and that their priorities were wrong.

“This was a particularly vulnerable time for us because we had very few resources and no real ability to relieve the pressure unless we ignored the impressions we had felt, adjusted our commitments, and gave up on our priorities,” Elder Gerard said.

They experienced moments of joy and moments of anxiety during that time. However, they can now look back years later in humble amazement. “Now that the experience is over, we reflect on those days fondly and can see the hand of the Lord guiding us every step of the way.”

Ammon had a similar experience when looking back on his challenging missionary service with the sons of Mosiah. As recorded in Alma 26:1, he said, “How great reason have we to rejoice; for could we have supposed when we started from the land of Zarahemla that God would have granted unto us such great blessings?” 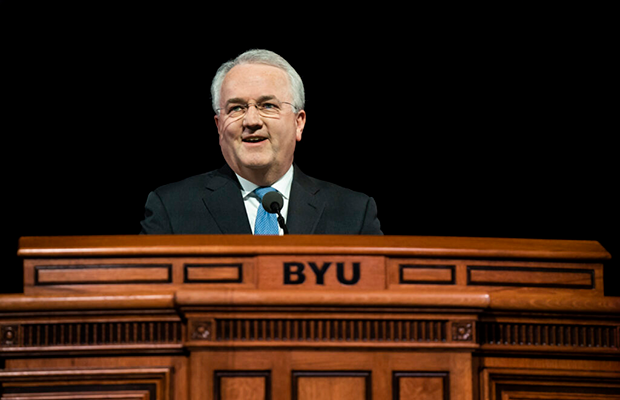 Without knowing what those blessings are, how is it that one is able to persevere in the midst of their journey? For Elder and Sister Gerard, they found that “our willingness to trust in the Lord and heed His counsel, even when we did not see clearly, resulted in blessings beyond anything we could ever suppose.”

In his first epistle to the Corinthians, the Apostle Paul described what most people experience in mortal life: “For now we see through a glass, darkly; . . . now I know in part; but then shall I know even as also I am known” (1 Corinthians 13:12).

Life can seem puzzling or tough to figure out, Elder Gerard said. “Yet, like looking through glass darkly, we are left to choose based on our limited knowledge or experience gained in mortality.”

Students are at a time in their lives when they are establishing patterns in what principles will govern their decision-making process.

“Does your pattern reflect exercising faith, seeking to know His will, trusting the Lord, heeding His counsel, and keeping the commandments, even when you cannot suppose what lies ahead?” he asked. “What guides you as you deal with more significant decisions, such as what your course of study will be or whom you will seek for eternal companionship—or whether you choose to put off such significant decisions, reasoning with our mortal minds that other matters take priority?” 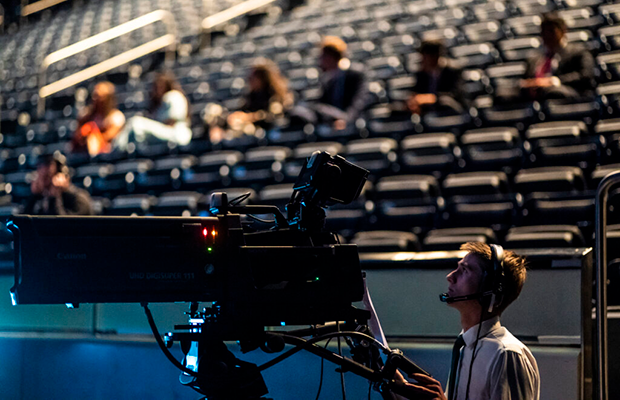 Elder Gerard shared the experiences of Adam, Nephi, Sariah, and Joseph Smith—each of whom had moments when they didn’t know what they should do. However, each of them exercised faith, demonstrated deep trust in the Lord by listening to His counsel, and followed His commandments, “and He blessed them beyond anything they could suppose.”

He then posed the question “Do you think that we can suppose today what the next many years of our lives may bring and what great blessings God will grant unto us?”

Each person, just like those who have gone before, will face moments of pressure or despair that clouds one’s ability to see clearly. One of the great tests is how each person responds in those moments.

“During these moments of despair, when we feel all is lost, we are reminded to ‘trust in the Lord with all thine heart; and [to] lean not unto thine own understanding. . . . Be not wise in thine own eyes’” (Proverbs 3:5, 7).

In closing, Elder Gerard encouraged his remote audience “to always place your trust in the Lord, to heed His counsel, and, even when the path is not clear, to know the great blessings He will grant unto you. And while we often cannot suppose in our daily lives precisely what great blessings we will receive, the day will come when we will look back just as Ammon did and declare, ‘For could we have supposed when we started that this journey we call mortality would lead us to the greatest blessing of all, even the gift of eternal life, to live as families in the presence of our Heavenly Father and our Elder Brother, Jesus Christ?’” 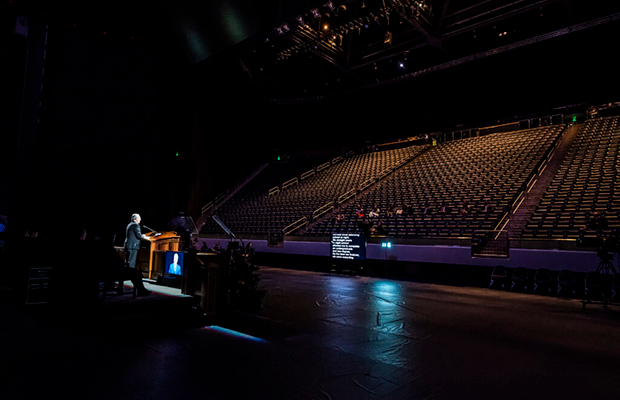