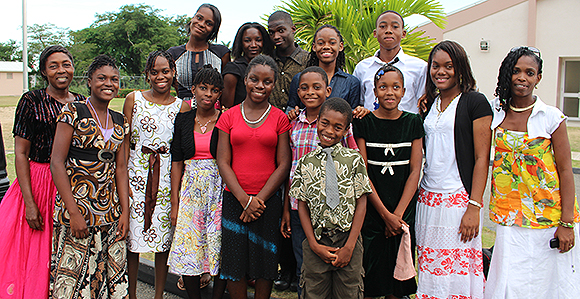 For the first time, a stake of Zion is in operation in the Caribbean island nation of Jamaica.

On June 8, Elder Jeffrey R. Holland of the Quorum of the Twelve Apostles organized the Kingston Jamaica Stake. The event marked a joyous moment for many Latter-day Saints living in this West Indies country.

The momentous occasion, attended by more than 800 people, marks the second stake to be organized in the English-speaking Caribbean following the Port of Spain Trinidad Stake in 2009. Elder Holland organized the stake with assistance from Elder J. Devn Cornish of the Seventy and first counselor in the Caribbean Area Presidency.

During the Kingston Jamaica Stake conference, held at the Spanish Town chapel, Elder Holland highlighted that the new stake would bring access to more blessings and power from God.

“Claim the privileges and call them down in your life,” counseled Elder Holland.

In speaking to the Jamaican Saints, he emphasized the importance of keeping the commandments, sustaining Church leaders, and being unified.

“Love each other and help each other,” Elder Holland said. “We are in this quest together, and we need each other.” 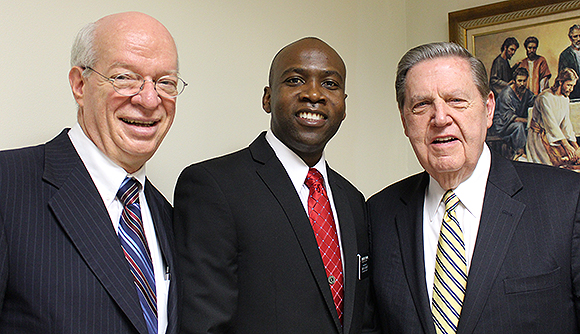 Elder Holland also expressed his love for the Jamaican members and testified that the new stake leaders were called through the power of revelation.

The stake leaders include President Andrew Lue and his counselors in the stake presidency, President Royce Britton and President Patrick Medley.

At the conclusion of the stake conference, Elder Holland invoked a blessing on the men, women, and youth in attendance. He blessed the men that they would stand as witnesses of God at all times and gain a deeper understanding of the priesthood. He stated that the women were “the anchor of faith, hope, and charity” and counseled that they should never allow the world or the adversary to tell them that it is undignified to be a woman. He also blessed the youth to find “deeper meaning in prayer” and take seriously the counsel they received during the conference.

“This is a tremendous blessing [for Jamaica],“ said Jason Wilson. “This is a move of progression. We are a blessed people. This experience has given me the assurance that the work that I did as a missionary was not in vain.”

The creation of Jamaica’s first stake represents the culminating reward for decades of labor. The first missionaries from the Church arrived on the island in 1841, but due to persecution that followed, they were reassigned to other locations. In 1970, the first chapel was built in Mandeville. A few years later, Victor Nugent, his wife, Verna, and his son, Peter, were baptized, becoming the first LDS Jamaican family on the island.

In 1978, Elder M. Russell Ballard dedicated the land of Jamaica for the preaching of the gospel, planting the seeds that would flourish in the decades that followed. Currently, the Church has more than 5,000 members and 17 meetinghouses in Jamaica.The Jamaica Kingston Mission was organized in 1985. President Gordon B. Hinckley was the first Church President to stand on Jamaican soil during his May 15, 2002, visit, according to the Deseret News Church Almanac.

The Church enjoyed a spiritual boost on September 17, 2000, with the dedication of the Santo Domingo Dominican Republic Temple—the first temple in operation in the Caribbean.