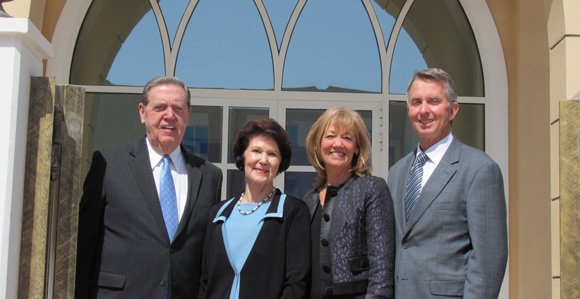 The Middle East Africa North Area encompasses 20 countries, with Morocco on the west and Afghanistan on the east. In this vast geographical region stands just one building constructed by the Church solely as a meetinghouse for its members. That building is the newly completed Abu Dhabi Stake Center in the United Arab Emirates, which Elder Jeffrey R. Holland of the Quorum of the Twelve dedicated on February 22, 2013.

Constructed of concrete masonry with a stucco finish, the stake center has approximately 14,000 square feet of space on three levels, said David McMillan, director for temporal affairs for the area. He said that one of the architectural features is a dome-shaped “steeple” in keeping with the local culture. Included in the building are a chapel, offices, classrooms, and a small cultural hall.

Dewan Architects and Mazcot Construction, both Emirati companies, were architect and contractor on this unique project.

The Crown Prince of the Abu Dhabi Emirate donated the land upon which the meetinghouse has been constructed. The site is a half-acre parcel adjoining other Christian churches in a sector of the city designated for such structures.

Elder Larry S. Kacher, Area Seventy, said, “We are so grateful to those in the Abu Dhabi government who have been so accepting of other faiths that they are willing to donate land to allow those not of the Muslim faith to worship as they desire. Those government officials in Abu Dhabi have been an example of tolerance and kindness to all who come here and, in return for such consideration, are willing to respect the local laws and traditions. We are grateful to them.” 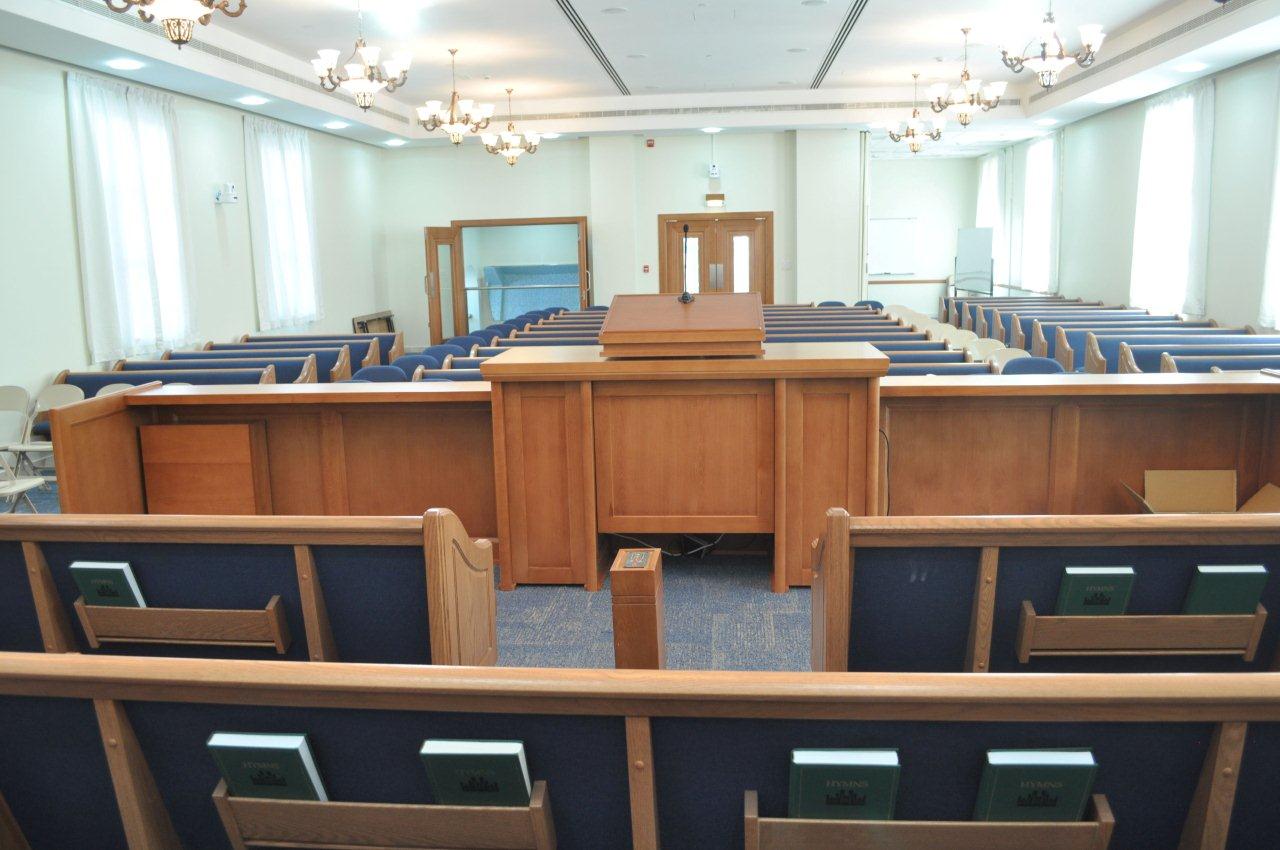 The chapel of the Abu Dhabi Stake Center. The building includes a domed “steeple” and classrooms.

Elder Holland dedicated the building as part of the stake conference in Abu Dhabi on Friday morning, the day the Sabbath is observed in this part of the world. A total of 413 people attended the meeting in the stake center, another 637 watched a webcast in other buildings throughout the stake, and an unknown number watched via the Internet. A devotional was also held later that evening in Dubai, with the proceedings being broadcast to other buildings in the stake.

“The building is very well equipped to transmit our meetings to members around the region,” said Robert E. Bateman II, president of the Abu Dhabi Stake. “In terms of electronic technology, remotely controlled cameras, and projection capabilities, it may be one of the most advanced in the Church.”

The stake covers four countries in the area: the United Arab Emirates, Kuwait, Qatar, and Oman. Brother McMillan said the Church does no proselytizing in the area; membership is comprised of Latter-day Saints primarily from North America and the Philippines.

Brother Morris said that the nations of the workers and supervisors who constructed the stake center were equally international in their background, coming from Bangladesh, Pakistan, India, Egypt, Lebanon, Jordan, and Syria.

Brother Morris said, “We have been befriended by the ministers of other Christian churches in the neighborhood. They dropped by after the dedication to congratulate us on such a fine building and have proposed having a joint social with their congregations.”

Elder Kacher said, “The construction of the chapel has already been a great blessing in the lives of the members. … I remember the first time I entered the completed chapel just a few months ago. I was overcome by a feeling of peace and reverence, more so than any other chapel I have ever entered. It is as if there is a special purpose for this, the first Church-built chapel in the Middle East. …

“What a blessing it was to have an Apostle of the Lord come here for such a special occasion. Having both Elder and Sister Holland here has made the dedication of the Abu Dhabi Stake Center a moment in time that we will always cherish.”

Immediately following the dedication, Elder Holland and his wife, Sister Patricia Holland, left for additional assignments in the Netherlands, England, and Germany. 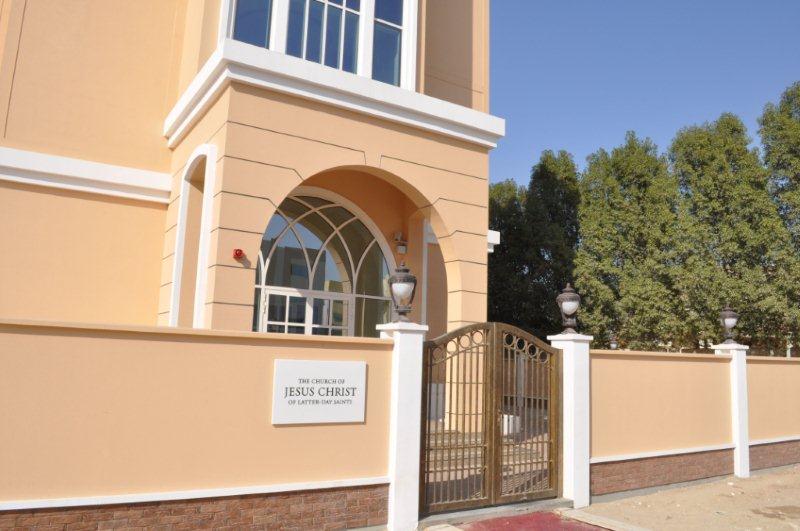