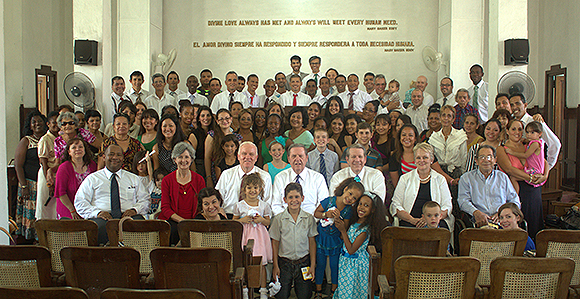 Church members and friends in Havana, Cuba, pose for a photograph with Elder Jeffrey R. Holland of the Quorum of the Twelve Apostles, center; Elder Donald L. Hallstrom of the Presidency of the Seventy, center right; Elder Wilford W. Andersen of the Seventy, center left; and Elder Julio Cesar Acosta, an Area Seventy, left, on June 15.

Elder Jeffrey R. Holland of the Quorum of the Twelve Apostles created the Church's second branch in Cuba on Sunday, June 15, during a branch conference attended by almost 100 people.

Accompanying him were Elder Donald L. Hallstrom of the Presidency of the Seventy, Sister Diane Hallstrom, Elder Wilford W. Andersen of the Seventy and president of the Caribbean Area, and Sister Kathleen Andersen. During the conference, the Havana Cuba Branch was divided to create the El Cotorro Cuba Branch.

Though the Church is not yet registered in Cuba, government officials in the Department of Religious Affairs have welcomed the Church since 2004, when the first Cuban Branch was organized, and have assisted the Church in its efforts to locate suitable places to worship.

During the last decade, the Free Evangelical Church, the Christian Science Church, and currently the Beth-Shalom Jewish Congregation of Havana have, in turn, opened their doors as places for the small but growing congregation of Latter-day Saints.

Jesus Ernesto Rodriguez, who along with his wife, Anatalia, and their daughter Sandra, pioneered the Church in Cuba, served as its first branch president for more than 10 years and was released during the conference. “They are truly modern day pioneers,” said Caribbean Area President Wilford W. Andersen. “They are revered by Church members in Cuba and have laid a firm foundation of faith for the future.”

Elder David A. Bednar dedicated the land of Cuba to the preaching of the gospel on February 16, 2012. He blessed the country and its people and promised that the Church would take root in the fertile Cuban soil.

Elder Holland visited the site of the dedication, overlooking the city of Havana, and observed that “the promises of the dedicatory blessing are unfolding.”

“Cuba is a beautiful country,” said Elder Holland, “and the Cuban people are warm and wonderful. We were welcomed and treated with kindness.”

“The Church blesses people and strengthens families wherever it is found throughout the world,” said Elder Holland, “and that is what we intend to do in Cuba.”

Elder Hallstrom noted, “The government representatives and leaders in the Cuba religious community respect the Church because we are honorable and trustworthy. Our members are good citizens who respect the laws and traditions of Cuba.” 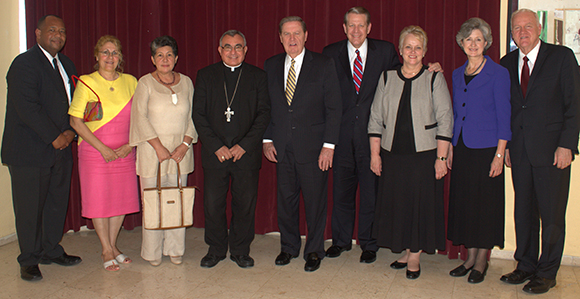 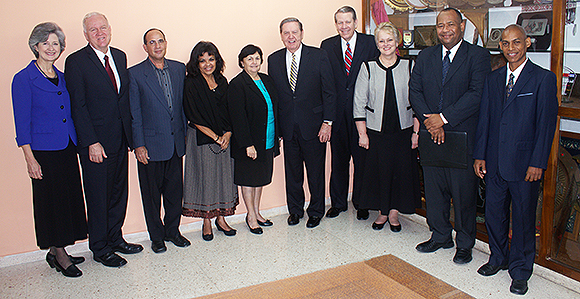 Elder Jeffrey R. Holland, center, and other Church leaders, meet with members of the Cuban Office of Religious Affairs, in Havana, Cuba. 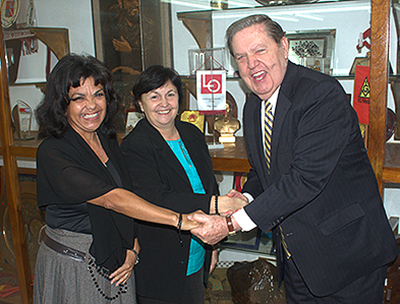