Elder Holland Calls for the Refocusing of Efforts for Refugees 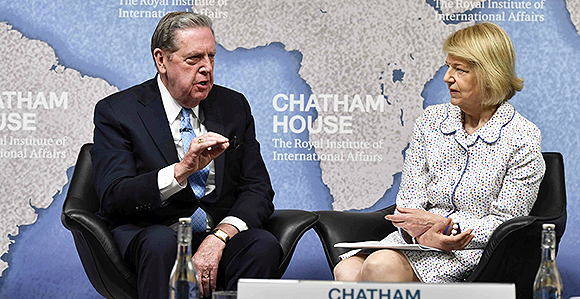 “In the past, charitable institutions have provided financial support, medical treatment, and other physical needs for refugee victims. … But we now understand that we must look to emotional and spiritual needs as well.” —Elder Jeffrey R. Holland of the Quorum of the Twelve Apostles

Faith is just as important to many refugees and internally displaced people as water, food, and air, said Elder Jeffrey R. Holland of the Quorum of the Twelve Apostles.

“By preserving a person’s faith, we help preserve their future,” he said.

Addressing the Royal Institute of International Affairs in London, England, on July 2, Elder Holland called on non-governmental organizations, governments, and faith groups to refocus their efforts in responding to the personal and family crises suffered by refugees and internally displaced people.

“In the past, charitable institutions have provided financial support, medical treatment, and other physical needs for refugee victims, all of which are still needed,“ said Elder Holland, addressing an audience at the Chatham House. “But we now understand that we must look to emotional and spiritual needs as well.”

Elder Holland was invited to participate in the event by Baroness Emma Nicholson of Winterbourne, Chair of AMAR International Charitable Foundation. LDS Charities and AMAR have worked together in humanitarian outreach, serving refugees in Iraq and other locations globally.

Elder Holland said that for the last few years, scholars and religious leaders have joined with the AMAR Foundation and LDS Charities to engage in a series of conferences focusing on better ways to handle the massive humanitarian challenges facing God’s children, including those tragedies imposed on various populations in violation of their religious freedom.

After intense discussion, the Windsor Conference released a report last year with recommendations on how the international community could help, he said.

“These recommendations highlighted the fact that often aid and assistance programs focus on the physical wellbeing of displaced people, but don’t give the same priority to their mental, social, emotional, and spiritual health,” said Elder Holland. “While physical needs are important, it’s also crucial we address these other, less tangible, but equally vital needs if we hope to give refugees a true chance at healing.”

To underscore the importance of the kind of recommendations coming from these conference sessions, Elder Holland spoke about the Yazidi refugee experience and related it to the history of Latter-day Saints.

“I do not pretend my people’s experiences are the same as what we see happening in so many places today,” he said. “However, all refugees share some common denominators of grief and suffering, so perhaps there is some insight buried in the persecution of my ancestors nearly two centuries ago.”

In the early decades of the 1800s, Church members found themselves first misunderstood, “then violently persecuted, and finally driven, displaced—or in some cases, dead.”

“Things reached crisis levels in 1838 when Governor Lilburn W. Boggs of Missouri issued his infamous Extermination Order declaring that ‘Mormons’ were in fact enemies and must be exterminated or driven from the state. In fact, I stand before you as an officer of the only church in United States history which has had an ‘extermination order’ issued against it.”

Elder Holland said the picture of Latter-day Saints today is strikingly different than their circumstances in the 19th century, which is part of the hope he extends to all refugees. The key to Latter-day Saint survival was faith that carried them through half a century of persecution. 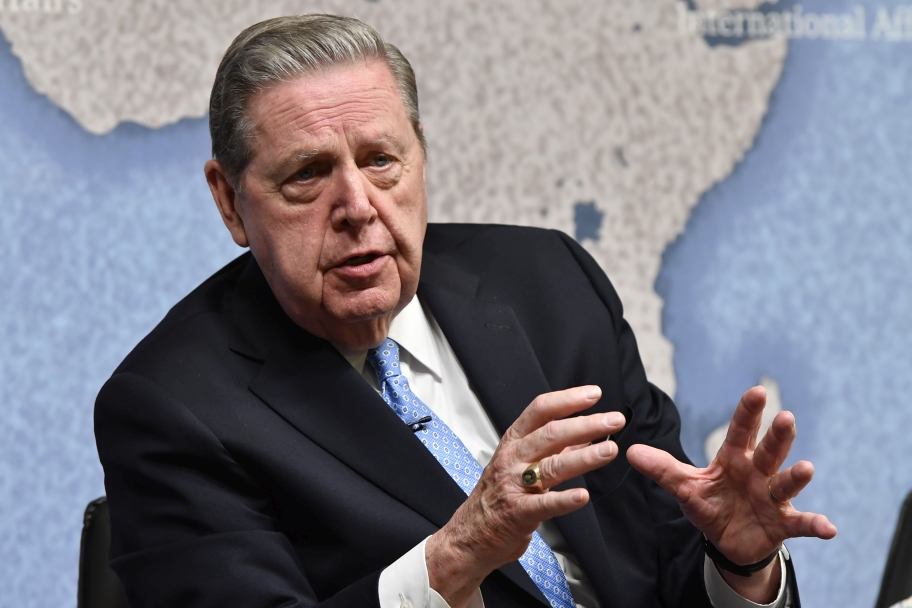 “Recent conflicts—particularly religious persecutions—have led to humanitarian crises of staggering proportions around the world at the beginning of the 21st century,” she said. “The need to help remains enormous.”

Highlighting, as did Elder Holland, the vital need for all refugees to have their spirits refreshed by a continuous connection to their faith, Sister Eubank spoke about the often-overlooked work of resupplying religiously significant items to communities.

“LDS Charities is sponsored by a Christian church, but we could easily understand the importance and comfort of Holy Qurans and prayer rugs for a mosque flooded during the Southeast Asia tsunami. Or the desire of older Yazidi women who were not able to replace their white traditional dresses, worn in part as religious clothing. LDS Charities supplied sewing machines and fabric so Yazidi tailors could sew the dresses in the proscribed way,” she said. “These are items that may not have made the most urgent list for physical aid, but they are extremely important for emotional and spiritual health.”

Elder Holland, Baroness Nicholson and Sister Eubank also participated in a round table discussion hosted by the All-Party Parliamentary Group for the Prevention of Sexual Violence in Conflict, held at the United Kingdom’s Parliament. 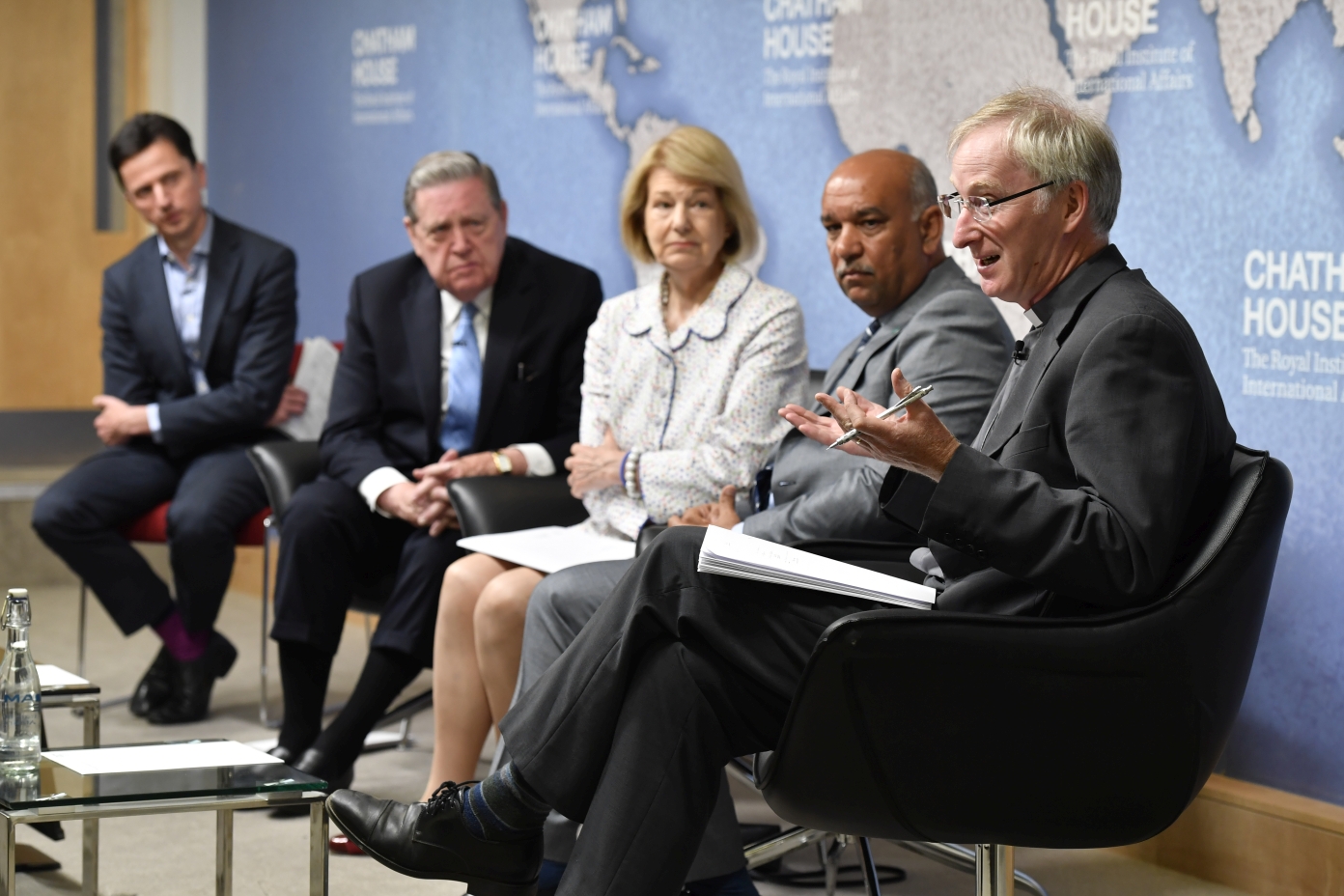 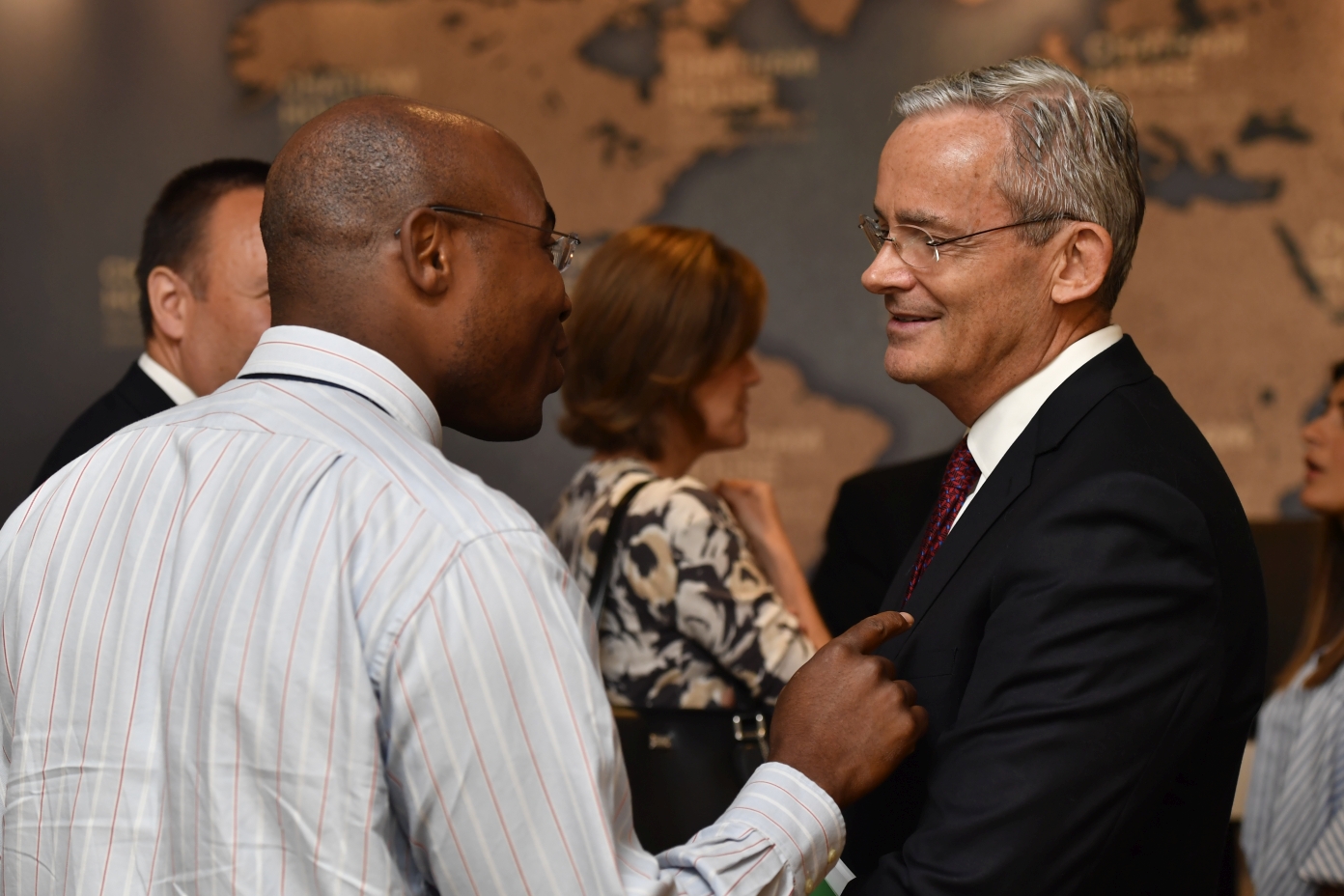 Elder Patrick Kearon of the Presidency of the Seventy converses at Chatham House, London, England, on July 2. 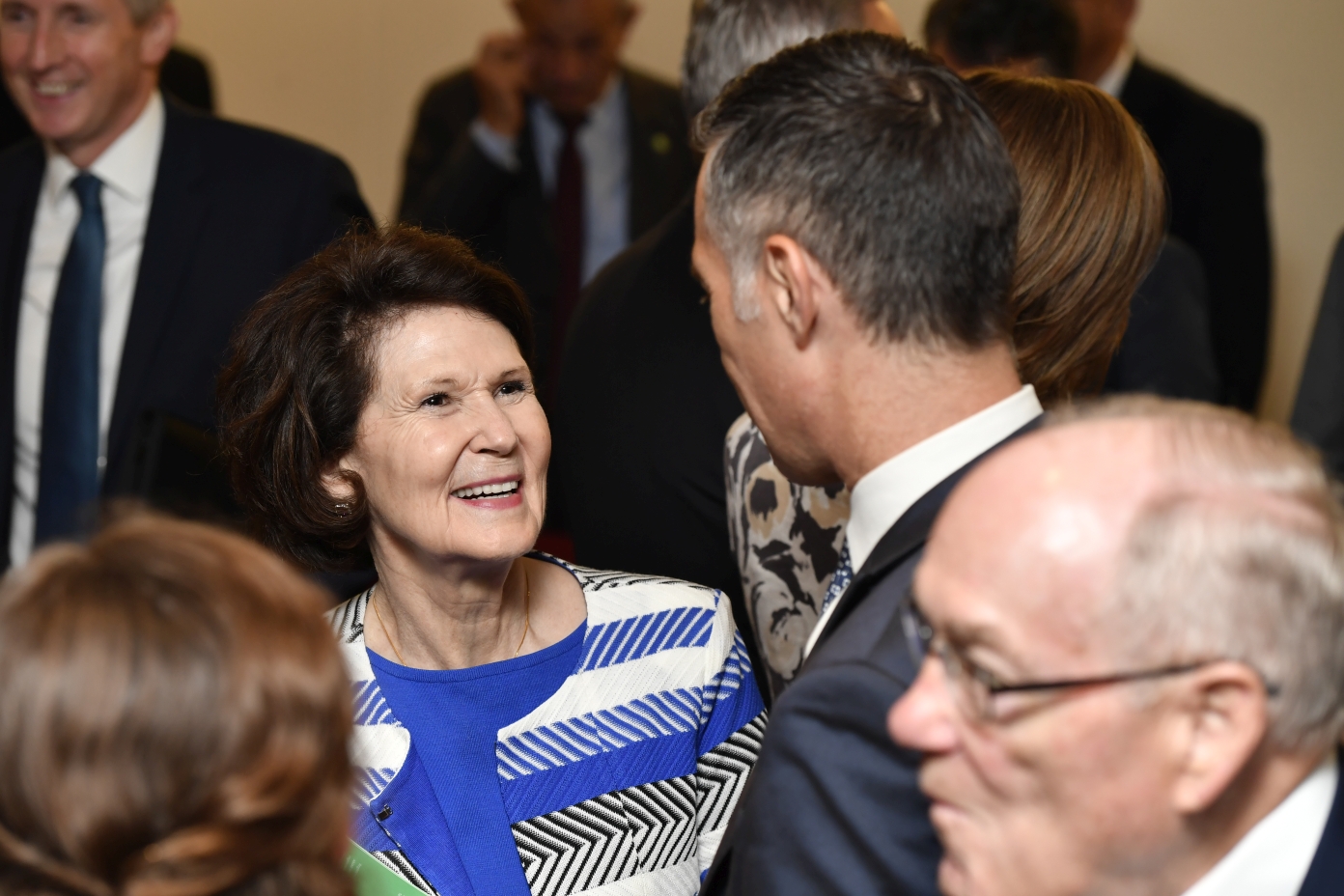