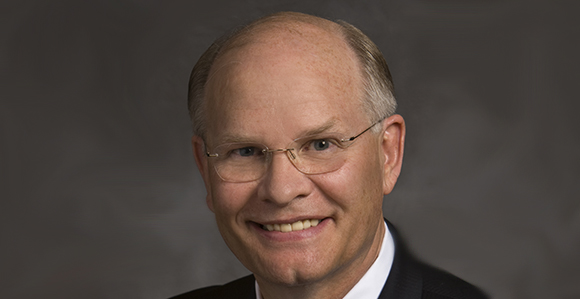 Elder Dale G. Renlund of the Quorum of the Twelve Apostles.

“God is so mindful of individuals, and status doesn’t much matter. Faith and hope matter. He knows His children one by one.” —Elder Dale G. Renlund of the Quorum of the Twelve

On Tuesday, September 29, Elder Renlund received a completely unexpected call from the Office of the First Presidency and was asked to come to the north boardroom in the Church Administration Building. “I didn’t know where the north boardroom was,” he laughed. He was welcomed there by President Thomas S. Monson and his two counselors. What followed was a very brief meeting in which President Monson said, “Brother Renlund, we extend to you the call to serve as a member of the Quorum of the Twelve Apostles.”

Elder Renlund immediately found himself without words. Says the former physician, “Wherever the sweet spot is between apoplectic and catatonic, that’s where I was.” He humbly accepted the assignment and, after a few minutes, found himself back in his office, where “I closed the door and fell to my knees.”

The reaction of his wife, Ruth Lybbert Renlund, whom he married in 1977, was a source of great strength to him. “She was all in. When I called her, her life changed too.” In the hours that followed, they prayed together and received a witness that “God directed this course.”

This was not the first time that a calling had changed the direction of their lives. “When I was called as a General Authority and asked to serve in the Africa Southeast Area Presidency, she made the greater sacrifice.” Ruth Renlund left her place as the president of her law firm and positions on several prominent boards to serve with him in Africa. “We were sent there and tutored by the Saints about what really matters.”

Elder Renlund tells of a Sunday meeting in Central Congo when he asked the members repeatedly what challenges they were facing, as he wanted to offer help. After the third time, “an old gentleman stood in the back of the room and said, ‘Elder Renlund, how can we have any challenges? We have the gospel of Jesus Christ.’” Elder Renlund’s deep love of the people is evident in his emotion as he tells this story. “When I grow up, I want to be like these Kananga Saints, who pray for food every day, are grateful every day for food, who are grateful for their families. They have nothing, but they have everything.”

Family is precious to Elder Renlund. When he was a young resident in training in internal medicine at Johns Hopkins Hospital in Baltimore, Maryland, Sister Renlund developed ovarian cancer. They had a 16-month-old daughter, Ashley, and “I had no idea how to care for her,” Elder Renlund says. “I was hurting, and it seemed as if my prayers wouldn’t go heavenward.” The night he brought Ruth home from the hospital, the time came to pray together, “but she was too weak to kneel.” Unsure of how to approach that prayer, he asked Sister Renlund if she would pray. “Her first words were ‘Our Father in Heaven, we thank Thee for priesthood power that makes it so that no matter what happens, we can be together forever.’ It was as if the ceiling cracked,” said Elder Renlund as he described the closeness he felt to her and to God. “What I’d previously understood about eternal families in my mind I now understood in my heart. Ruth’s illness changed the course of our lives. She’s my hero.”

Elder Renlund spent his career as a cardiologist specializing in heart failure and heart transplantation. He received BA and MD degrees from the University of Utah, with further training in medicine and research at Johns Hopkins Hospital. He was a professor of medicine at the University of Utah and the medical director of the Utah Transplantation Affiliated Hospitals (UTAH) Cardiac Transplant Program. He describes it as a “phenomenal and extraordinarily fulfilling career.”

He is grateful for the important lessons he has learned from those he cared for during his career. “As a physician, one learns to care about people and how to solve problems.” Those lessons have served him well in his Church service, “which is all about love and solving problems.” In addition to his calling as a bishop (lay leader of a local congregation), Elder Renlund has served as a missionary, stake president, and Area Seventy. He was called as a General Authority in April of 2009.

Elder Renlund’s life has been defined by a willingness to accept callings and serve to the best of his ability. During his third year of medical residency, Elder Renlund was called as the leader of a newly created congregation. Despite the challenges it would bring, “there was no thought to say no. It was a foregone conclusion that this is who we are and this is what we do.” Elder Renlund served as the bishop of that ward through the remainder of his time as a resident and fellow. “That three years aged us ten,” he said, “but it turned out to be a glorious experience.”

Elder Renlund is grateful for the opportunity he will now have to share the gospel message—embraced by his forbears more than a century ago—throughout the world. “We must recognize that the Savior helps everyone. Saints are sinners who keep on trying. There is something about seeing people as Heavenly Father sees them—as a beloved son or daughter of heavenly parents, and as such, with divine potential. All true followers need to plead for that pure love of Christ that He does give (see Moroni 7:48). God is so mindful of individuals, and status doesn’t much matter. Faith and hope matter. He knows His children one by one.”