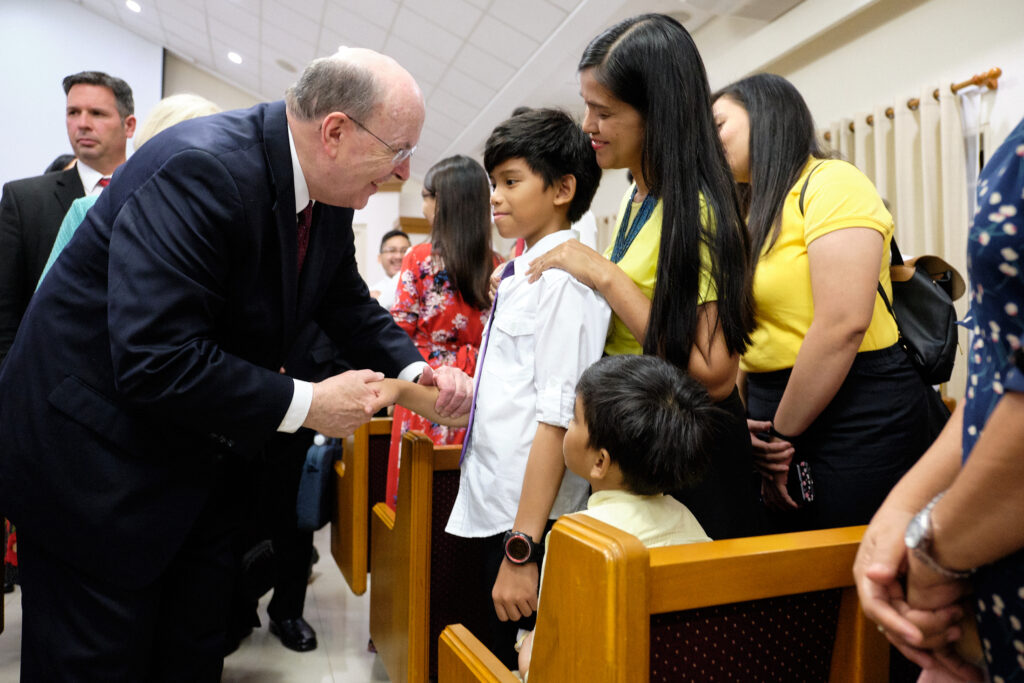 Elder Quentin L. Cook of the Quorum of the Twelve Apostles visits with Latter-day Saints at the Mandaluyong Philippines Stake Center in Manila, on Sunday, January 12, 2020.

“We’re concerned about everybody that’s affected, and we hope that we can contribute to anything that’s necessary to bless all faiths.” —Elder Quentin L. Cook

Elder Quentin L. Cook offered the prayers and faith of members of The Church of Jesus Christ of Latter-day Saints to those in the Philippines impacted by the Taal Volcano—which is spewing a large plume of ash, steam, and rocks up to nine miles in the sky and posing serious threats to residents.

Meeting with prominent Manila-area interfaith leaders at a luncheon at the Philippine Area Office on Monday, January 13, Elder Cook of the Quorum of the Twelve Apostles “expressed our concern as a Church over the Taal [Volcano]. We’re concerned about everybody that’s affected, and we hope that we can contribute to anything that’s necessary to bless all faiths.”

This is the first time in 43 years the volcano has erupted.

Church members in the greater Manila area, in the cities of Lipa, Tanauan, Balayan, and Agoncillo are gathering in local meetinghouses during the eruption.

All missionaries in the impacted area are safe and have been relocated or are staying in their homes.

Government officials have issued a level 4 alert (5 is the highest level), meaning moderate volcanic ash is threatening Manila—the nation’s capital city, which has a population of 21 million.

Due to the disaster, Elder Cook’s Monday appointments were postponed.

Elder Cook arrived in the Philippines Saturday with his wife, Sister Mary Cook, to spend a week ministering to Church members and leaders, and to meet with top religious leaders, members of the media, government officials, and humanitarian partners and recipients.

Speaking Sunday evening at a member devotional in the Mandaluyong area, Elder Cook praised the resilience of Filipinos in the face of frequent disasters.

“I know that there are a lot of trials and hardships,” he said. “The Filipinos have always faced those in such a glorious way. I was here not too long after Mount Pinatubo [1991] had blown up and almost a million people had to leave their homes. But there is something about Filipinos that even when bad things happen, they rally, and they lift their spirits and they smile and they go forward.”

He blessed them with “the assurance of the Savior’s Atonement, which gives peace regardless of what we are faced with.” 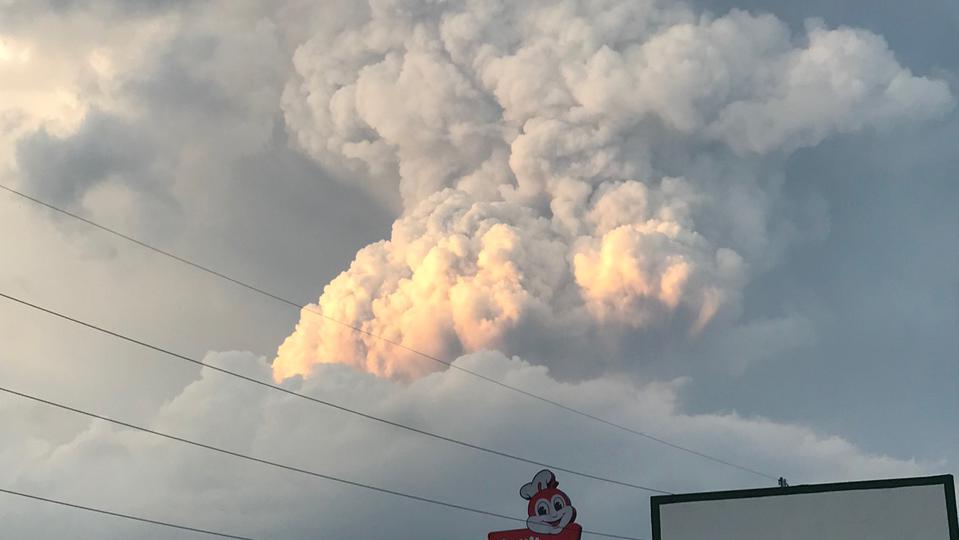 For the first time in 43 years, the Taal Volcano erupts about 35 miles south of Manilla, Philippines, on Sunday, January 12, 2019. 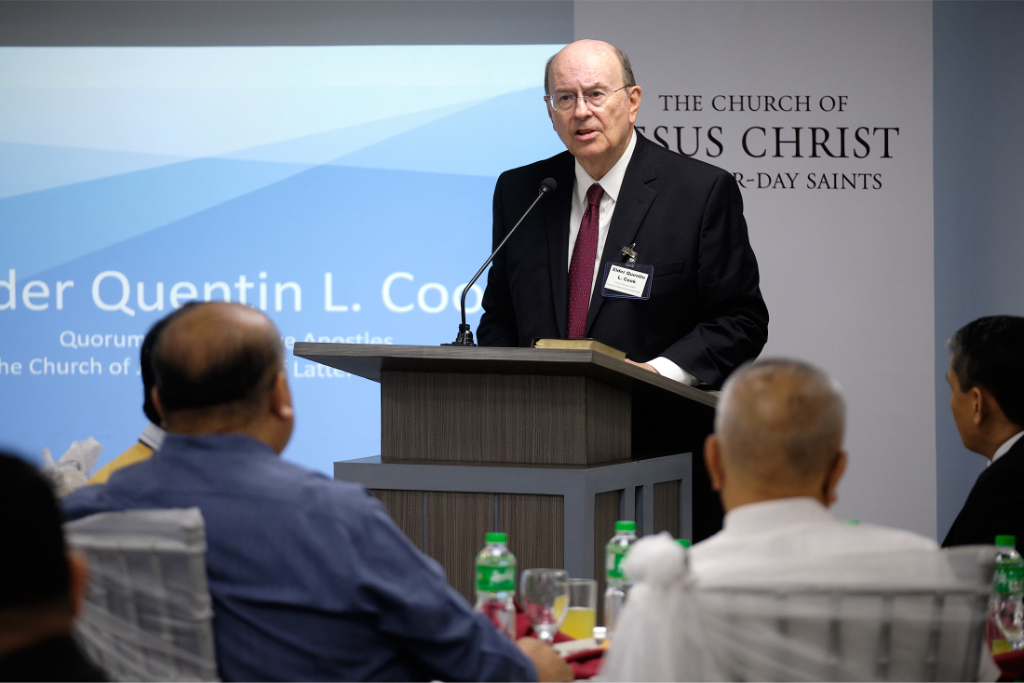 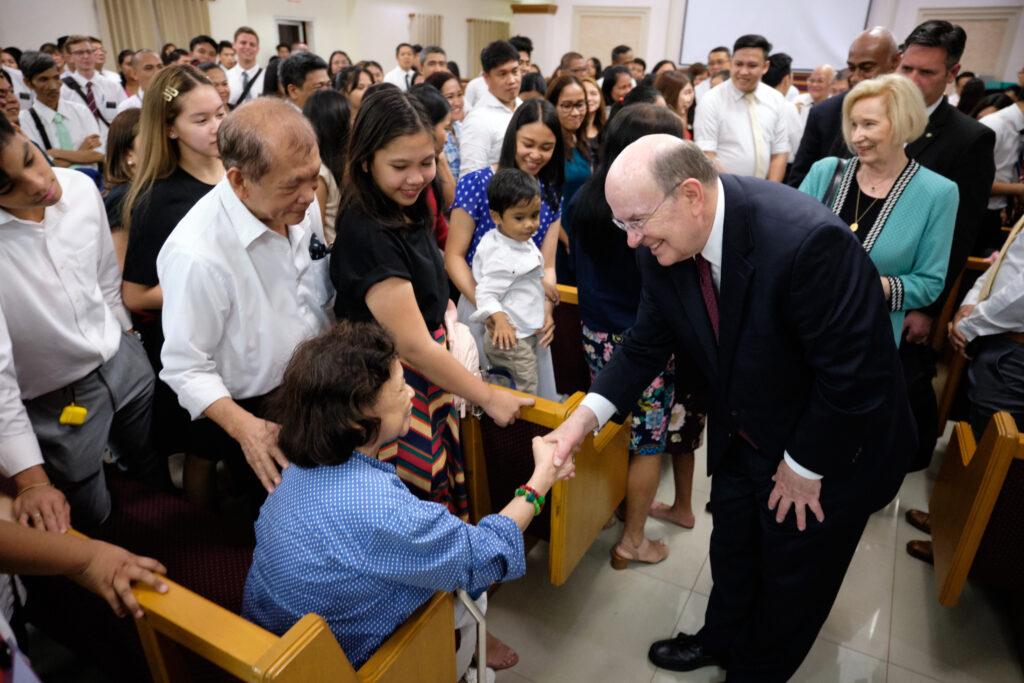 Elder Quentin L. Cook of the Quorum of the Twelve Apostles and his wife, Mary, greet Latter-day Saints at the Mandaluyong Philippines Stake Center in Manila, Sunday, January 12, 2020. 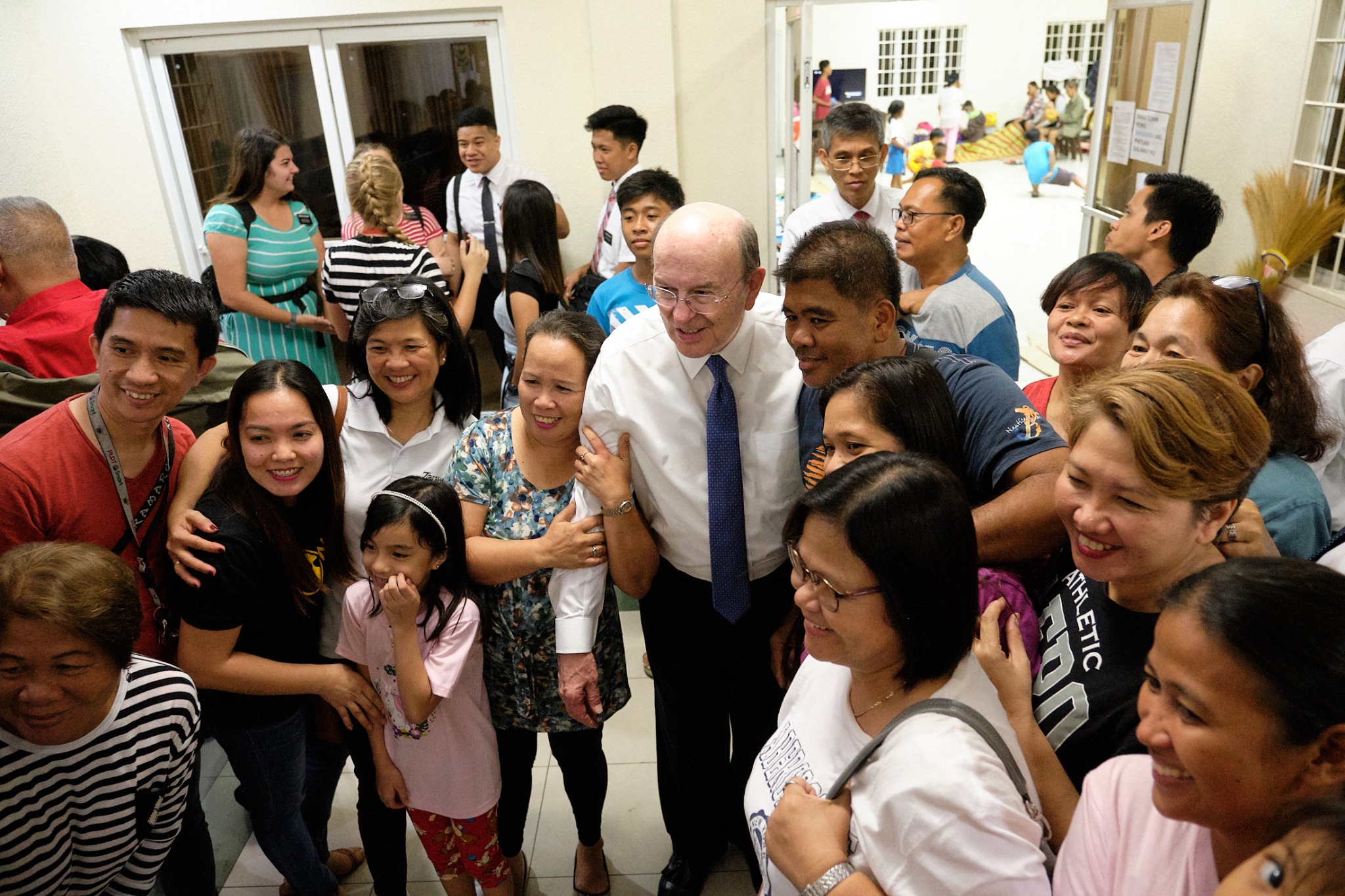 Elder Cook gathers with a group of people at a Church meeting that is being used as a shelter for volcano evacuees in the Batangas Stake Center in the Philippines, Wednesday, January 15, 2020. 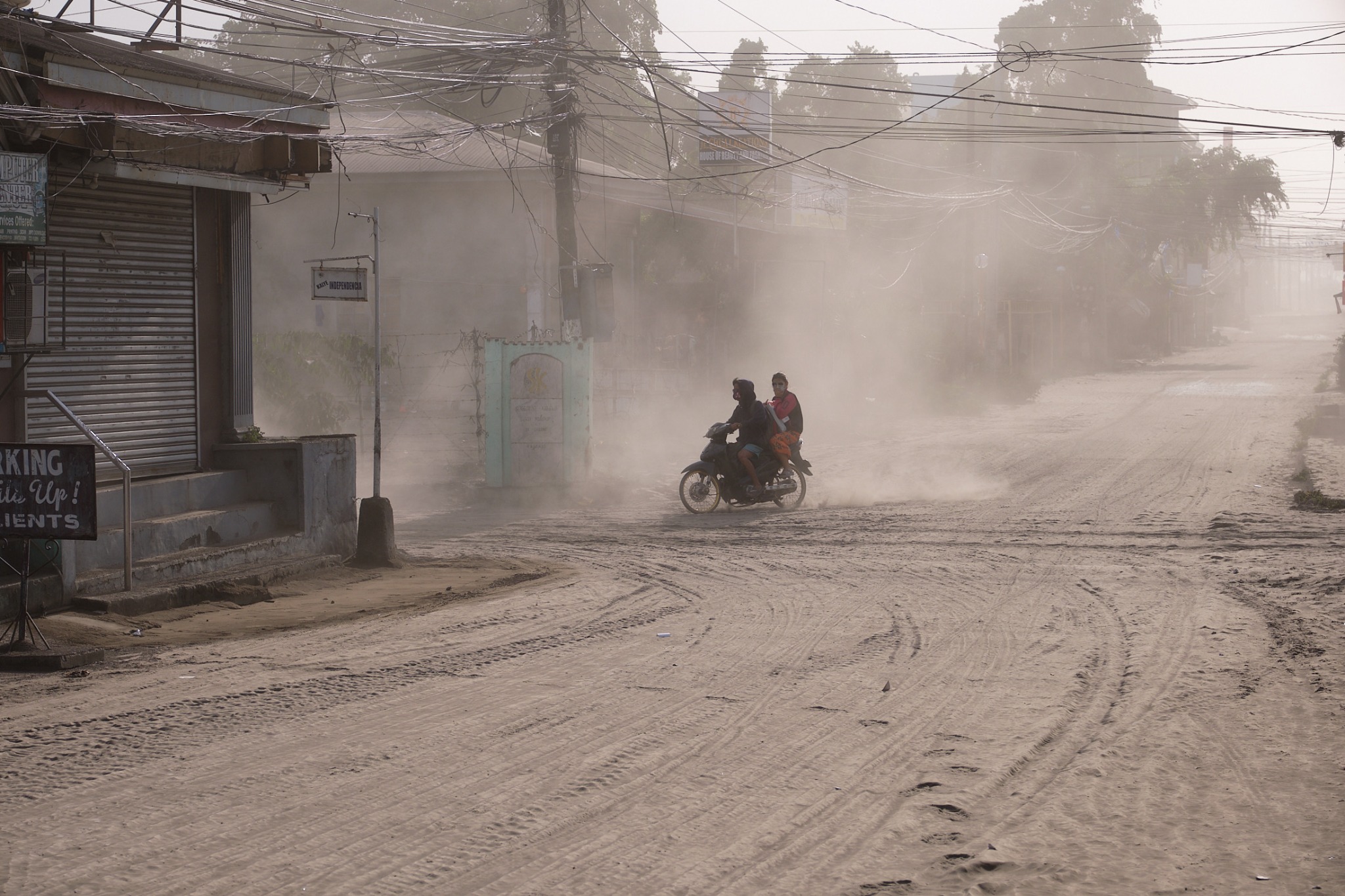 A motorcycle and wind kick up volcanic ash in Lemery, Philippines, on Wednesday, January 15, following the eruption on the Taal Volcano January 12.