Elder Christensen Testifies of the Roles of the Holy Ghost 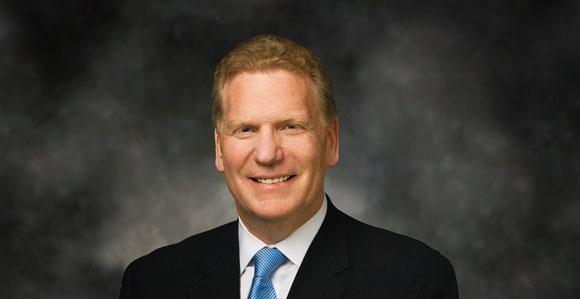 “The Holy Ghost works in perfect unity with Heavenly Father and Jesus Christ, fulfilling many important roles and distinct responsibilities. . . . A sure witness from the Holy Ghost carries far more certainty than a witness from any other source.” —Elder Craig C. Christensen of the Presidency of the Seventy

Using a personal example to explain the identity and mission of the Holy Ghost, Elder Craig C. Christensen of the Presidency of the Seventy told about his family visiting the Bountiful Utah Temple open house in 1994. He said that his youngest son, Ben, 6 at the time, grabbed his leg after they entered the celestial room and said, “Daddy, what's happening here? I've never felt this before.” Recognizing that this was likely the first time his son had felt the influence of the Holy Ghost, Elder Christensen knelt down and spent several minutes with him. “As we talked, it became clear that what was most inspiring to Ben was not what he saw but what he felt,” said Elder Christensen.

In his Saturday morning conference message, Elder Christensen explained that as a spirit being, the Holy Ghost, the third member of the Godhead, has the unique responsibility of being an agent through which personal revelation is received.

To help members understand the mission of the Holy Ghost, he explained in detail that the Holy Ghost is a Comforter, Teacher, and Revelator.

Telling of the Holy Ghost's power to comfort, Elder Christensen said at a holiday dinner several years ago his father passed away while playing games with his grandchildren. The unexpected event could have been devastating for his children and grandchildren but as they prayed and read scriptures together, the Holy Ghost came. “We felt a peace that day that truly surpassed our understanding,” said Elder Christensen.

Returning to the story about teaching his son, Ben, in the temple, Elder Christensen said, “One clear recollection is that while I was absorbed in the grandeur of what I could see, a small child near my side was recognizing the powerful feelings in his heart. With a gentle reminder, I was invited to not only to pause and kneel down, but to heed the Savior's call to become as a little child, humble, meek, and ready to hear the still, small voice of His Spirit.”