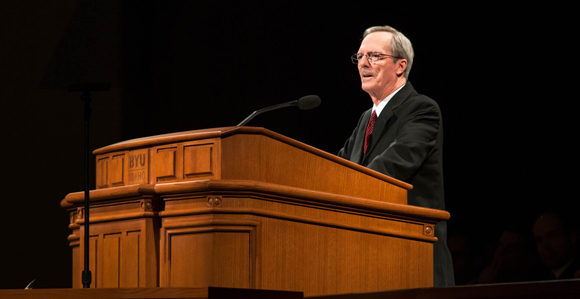 Elder Tad R. Callister of the Presidency of the Seventy speaks about morality during a campus devotional address at BYU–Idaho on January 22. Photo by Doug McKay.

“There is nothing negative or restraining about God’s moral standards. Rather, they are positive and uplifting and liberating.” —Elder Tad R. Callister of the Presidency of the Seventy

No matter what public sentiment or influences of the day might say, the Lord’s standard of morality is clear, Elder Tad R. Callister of the Presidency of the Seventy said during a campus devotional address at BYU–Idaho on January 22.

“There is nothing negative or restraining about God’s moral standards,” he said. “Rather, they are positive and uplifting and liberating. They build relationships of trust, they enhance self-esteem, they foster a clean conscience, and they invite the Spirit of the Lord to bless our individual and married lives. They are the proven standard for happy marriages and stable communities.”

What then is the Lord’s standard for use of this creative and sacred power—His standard of morality, Elder Callister asked.

“In truth, the Lord’s standard of morality is not so much a list of ‘to dos’ and ‘don’ts,’ but a principle, which I believe can be expressed as follows: The creative power is to be exercised in the marriage relationship for two key reasons: to bind and strengthen ties between spouses and to bring souls into this world,” he said.

Elder Callister spoke about the standards of morality set by the Savior—no fornication, adultery, inappropriate touching, self-abuse, or same-gender relationships. The creative powers are not to be exercised outside the husband/wife relationship; the Lord disapproves any conscious thoughts or voluntary actions that stimulate or result in the expression of those creative powers outside the marriage relationship, he said. 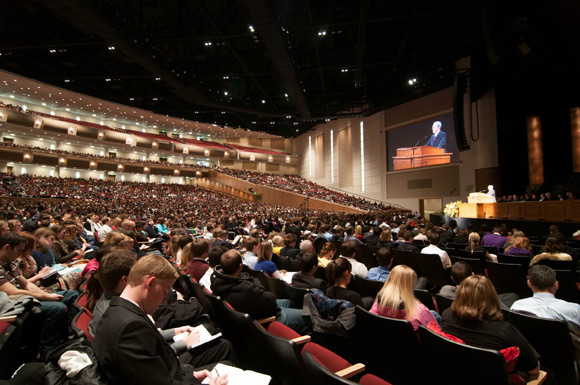 Elder Tad R. Callister of the Presidency of the Seventy speaks to BYU-Idaho students during a campus devotional address at BYU–Idaho on January 22. Photo by Doug McKay.

“In some regards Satan is like an octopus with all of its tentacles trying to capture us,” he said. “If one tentacle does not work, he will try another and another until he finds one that will take hold—one weakness that will yield to his grasp.”

In order to build moral resistance, individuals must do more than just defend themselves; they must “play offensively” against Satan through being morally clean and resisting temptations, he said. He shared five ways individuals can combat Satan’s tentacles and live a pure life:

“The blessings of living a clean and moral life are overwhelming,” he said. “Such a life will bring self-confidence and self-esteem. It will result in a clear conscience. It will make us eligible for a spouse of like purity, and it will provide for the expression of the creative powers in the marriage relationship to be sweeter and more rewarding because we have reserved them for the time that has been endorsed by the Lord Himself.” 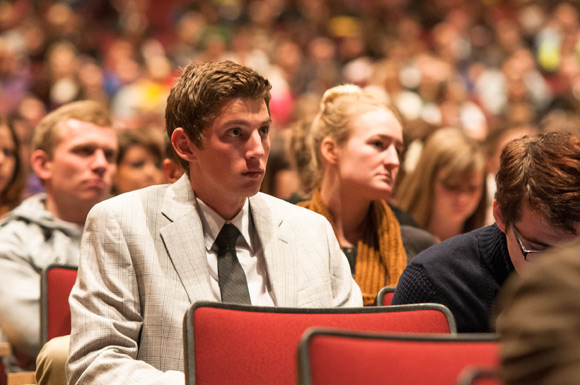 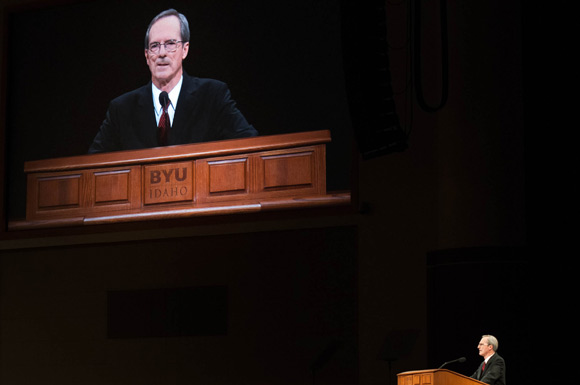 Elder Tad R. Callister talks about morality during a campus devotional address at BYU–Idaho on January 22. Photo by Doug McKay.