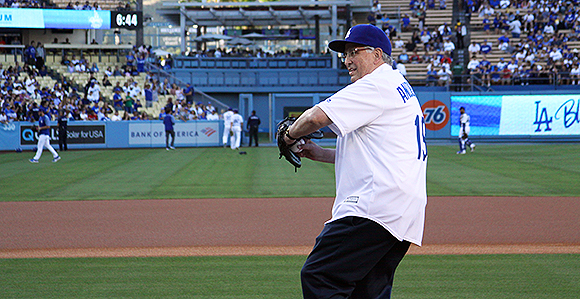 Elder Neil L. Andersen throws the first pitch as the Los Angeles Dodgers take on the Miami Marlins at Dodger Stadium on July 19, 2019.

Elder Neil L. Andersen became the latest in a long line of Church leaders to throw out the ceremonial first pitch. Prior to a Los Angeles Dodgers baseball game, the member of the Quorum of the Twelve Apostles took to the mound for “The Church of Jesus Christ of Latter-day Saints Family Night at Dodger Stadium” on Friday, July 19.

One of a number of professional sports franchises hosting a special game for Church members, the Dodgers have held their annual event for more than four decades—it was actually Elder Andersen’s second time for first-pitch honors.

He threw to Elder Gary K. Wilde, an Area Seventy from Ventura, California, who handled the catching duties behind home plate. They were joined on the field for pre-game recognition by their wives, Sister Kathy Andersen and Sister Cheryl Wilde, with all four sporting personalized Dodger jerseys.

Approximately 2,000 members and friends—joined by nearly 300 missionaries of the California Los Angeles Mission and people they are teaching—attended the game between the Dodgers and the Miami Marlins. The Andersens were joined by their children and most of their grandchildren for the evening.

This is the first such event held at Chavez Ravine since President Russell M. Nelson asked for the use of the full, formal name of the Church, meaning “Mormon Nights” at Dodger Stadium are a thing of the past.

“It will be a very big satisfaction for me to tell President Nelson that the announcer said it very, very clearly two or three times—‘The Church of Jesus Christ of Latter-day Saints,’” said Elder Andersen during the July 19 game.

The evening also included a number of consul generals from all over the world participating in a pre-game reception and then attending the game as guests of the Church.

Scott Seamons, a Latter-day Saint formerly of the Santa Clarita California Stake and currently residing in Utah, sang the national anthem. Local Primary children ran out on the field with Dodger players to their positions prior to the start of the game.

The 2019 Church-focused evening at Dodger Stadium is the last for event coordinator Gary Condie, who is stepping down for health reasons following 17 years of service and who drew comments of appreciation from Elders Andersen and Wilde. 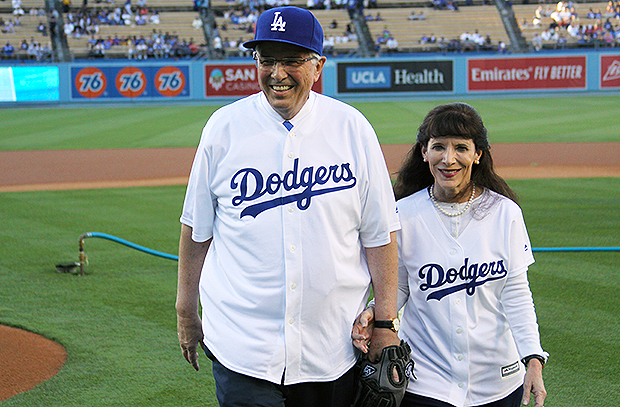 Elder Neil L. Andersen and his wife, Sister Kathy Andersen, on the field during The Church of Jesus Christ of Latter-day Saints Family Night at Dodger Stadium on July 19. 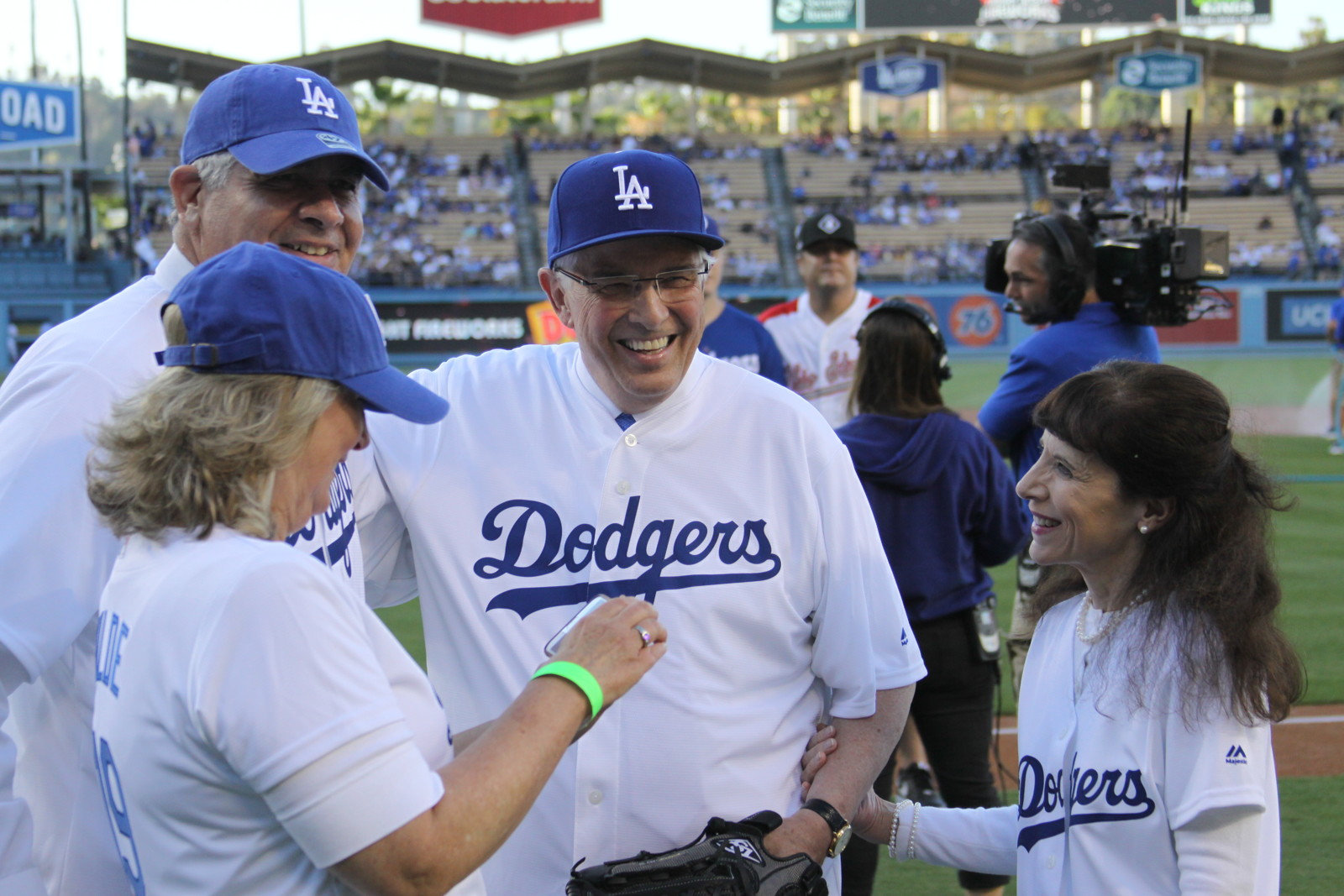