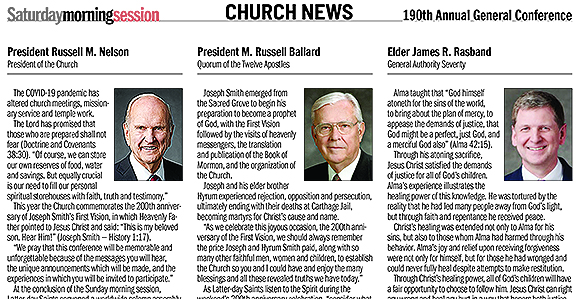 View or download this PDF chart of talk summaries from the April 2020 general conference.

President Russell M. Nelson opened the 190th Annual General Conference by referencing the 200th anniversary of Joseph Smith’s First Vision, in which Heavenly Father pointed to Jesus Christ and said: “This is My Beloved Son. Hear Him!”

The purpose of this and every general conference is to help Latter-day Saints “hear Him,” President Nelson said.

“We pray that this conference will be memorable and unforgettable because of the messages you will hear, the unique announcements which will be made, and the experiences in which you will be invited to participate.”

Those unique announcements and experiences included the sustaining of nine new General Authorities and a new Young Men general presidency, two youth speakers, a new Church symbol, a call for a second worldwide fast in response to COVID-19, a new Church proclamation on the Restoration, a worldwide solemn assembly and Hosanna Shout, and the announcement of eight new temples.

As a service to our readers, the Church News has created a downloadable PDF summarizing each talk offered during the conference:

View and download the PDF here or by clicking on the image below. 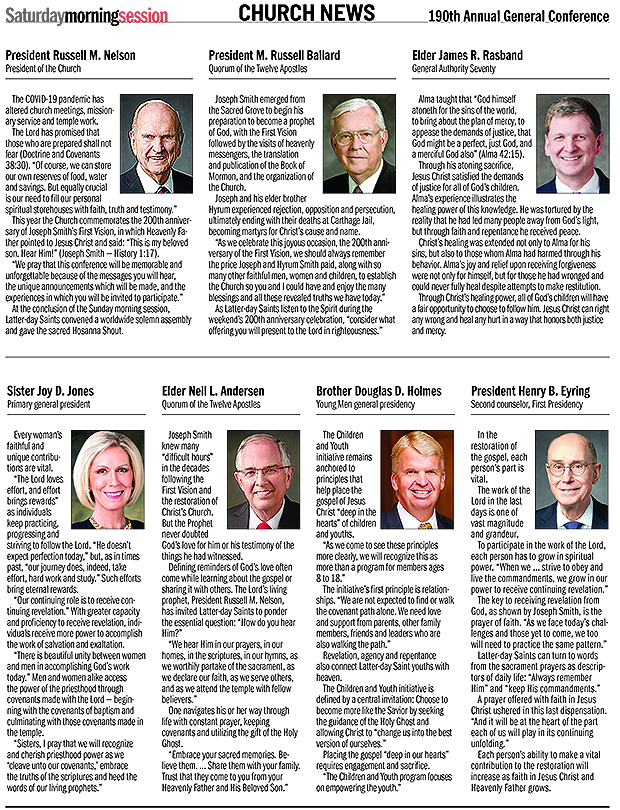