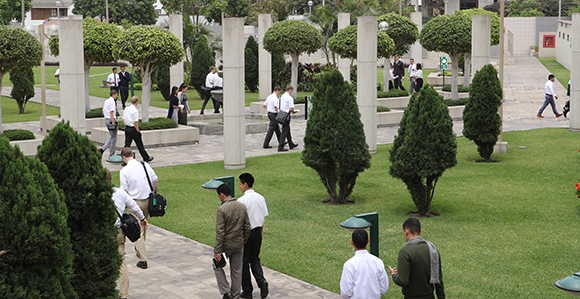 With the closing of four of The Church of Jesus Christ of Latter-day Saints’ missionary training centers in Spain, Chile, Argentina, and the Dominican Republic, one might expect a subsequent decrease in the number of missionaries being trained at international locations.

However, more missionaries have been trained outside of the flagship Provo Missionary Training Center for several years—and that trend is expected to increase this year and in years to come.

Elder Brent H. Nielson, a General Authority Seventy and Executive Director of the Church’s Missionary Department, points to the size and potential of several of the largest international MTCs—specifically the Mexico, Brazil, and Philippines MTCs, along with the one in Provo, Utah.

“These four have great capacity,” he said.

During the recent MTC Leadership Seminar for the new presidents and companions serving in the Provo, Mexico, Brazil, Philippines, and New Zealand MTCs, Elder Nielson noted that those five centers collectively would be training 75 percent of this year’s projected 40,000 new missionaries.

With its roots dating back to the Language Training Mission of the early 1960s, the Provo MTC has a capacity of hosting 4,800 missionaries at a time, ending up having trained nearly 20,000 during 2018.

Operating since the late 1970s, the seven-story Brazil MTC in São Paulo has a capacity of 626 and trained 4,068 last year.

After expanding several times in the past eight years, the Philippines MTC in Manila can host 280 at time, having totaled 1,537 missionaries last year.

“We’ve doubled the size in Manila,” Elder Nielson said, “and that one brings people in from all over Asia—missionaries from Pakistan, India, Thailand, Taiwan, Hong Kong, and China.”

And then there is the Mexico MTC, which moved into the Church’s Benemerito de las Americas school campus in 2013. It boasts some 80 buildings over 88 acres and trails only Provo among the current 12 MTCs with a capacity of 1,160 and a 2018 training total of 4,902 missionaries.

“We have the capacity of 1,100 missionaries at a time, and right now, we usually have about 250 or 300,” Elder Nielson said. “We can triple the size of missionaries going to Mexico.”

The other large international training center is the Ghana MTC, which like the Philippines MTC also expanded in 2017; those two share similar facility designs and aesthetics to the Provo MTC buildings added that same year. The Ghana MTC has a capacity of 320 missionaries and trained 1,817 in 2018.

This year, international MTCs are expected to collectively train their highest percentage of missionaries when compared to the Provo MTC. “Each year it has gone up about 1 percent,” said Lane Steinagel, the Missionary Department’s director of international MTCs, noting that last year, 53 percent of new missionaries were trained outside of the United States, compared to the Provo MTC’s 47 percent.

Steinagel underscored another benefit of fewer MTCs. “We’ll spend more resources and more time with these more established MTCs now,” he said, “and we may visit them more because they’re going to be getting more missionaries there.”

The three international missionary training centers closed in January 2019 were in Santiago, Chile, and Madrid, Spain, as announced in March 2018; and in Santo Domingo, Dominican Republic, as announced in December 2018. The Argentina MTC in Buenos Aires is scheduled to close in July (see related story). The announcements cited Church leaders continuing to seek the best use of resources worldwide, with plans for the future use of the facilities and space still being determined.

The closing of MTCs is nothing new—other previous training centers that have since been shuttered include those in Tokyo, Japan, and Seoul, South Korea.

“We have actually learned that it is often less expensive to bring a missionary to Provo than to maintain an MTC in their home country,” said Elder Nielson. “And they can come here and have a good experience, they can go to Temple Square, they can see the Church’s headquarters. … We’re always looking at the best and most efficient ways possible.”

With the closures, the Church now has 11 missionary training centers—the aforementioned in Provo, Mexico, Brazil, Philippines, Ghana, and New Zealand, as well as the Argentina, Colombia, England, Guatemala, Peru, and South Africa MTCs.

“It’s not only saving costs; it’s making us more efficient in training the missionaries,” Elder Nielson said, adding that the decisions have nothing to do with the number of missionaries worldwide but taking advantage of available resources. “It’s been a good change.” 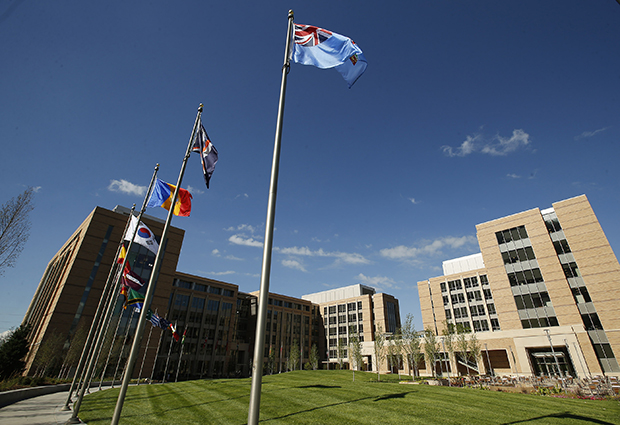 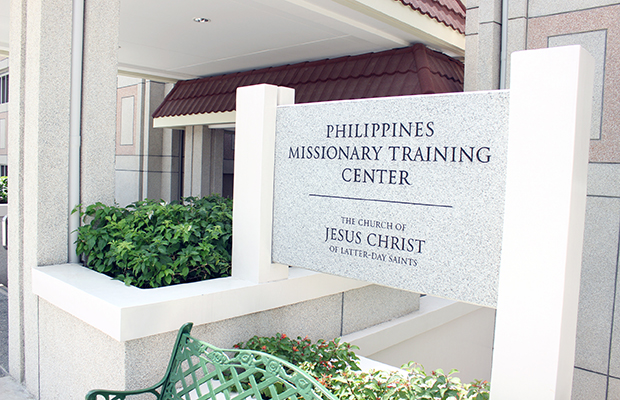 The Philippines Missionary Training Center, which was expanded in 2017. Photo courtesy of Philippines Area. 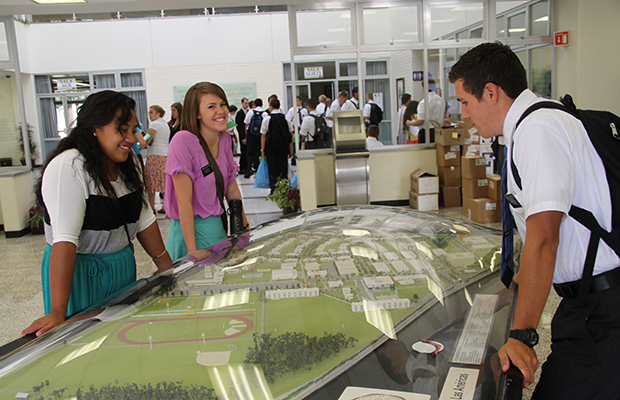 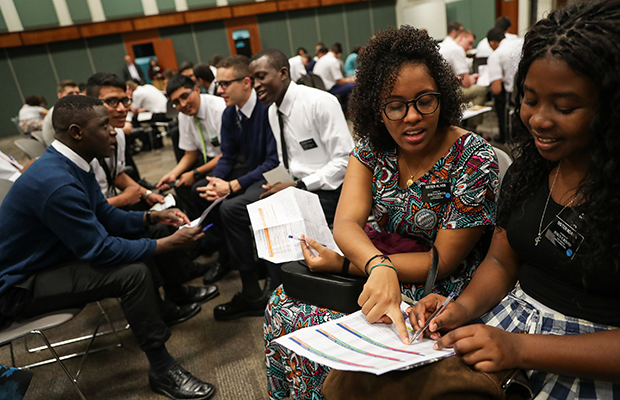 Sister Graziele Lima Alves and Sister Fátima Luis Ndava work on a lesson together at the Brazil Missionary Training Center in São Paulo, Brazil, on Thursday, May 24, 2018. Photo by Spenser Heaps, Deseret News.

Newly arriving missionaries say goodbye to family and friends and are aided by assisting missionaries at the Provo Missionary Training Center on January 16, 2019, in the MTC’s underground parking. Photo by Scott Taylor, Church News. 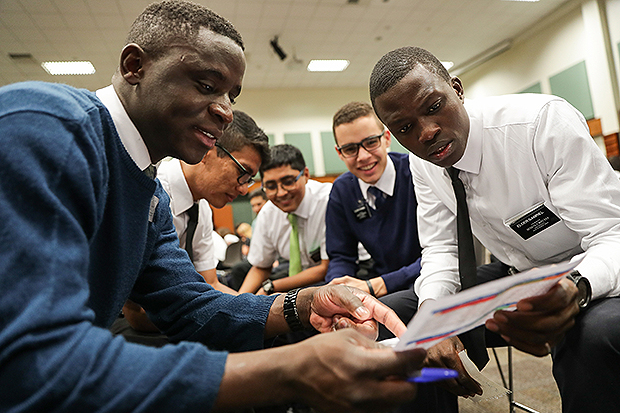 Elder Fernando Armindo Zuca, left, and Elder Jorge Gabriel, right, work with other missionaries on a lesson at the Brazil Missionary Training Center in São Paulo, Brazil on Thursday, May 24, 2018. Photo by Spenser Heaps, Deseret News. 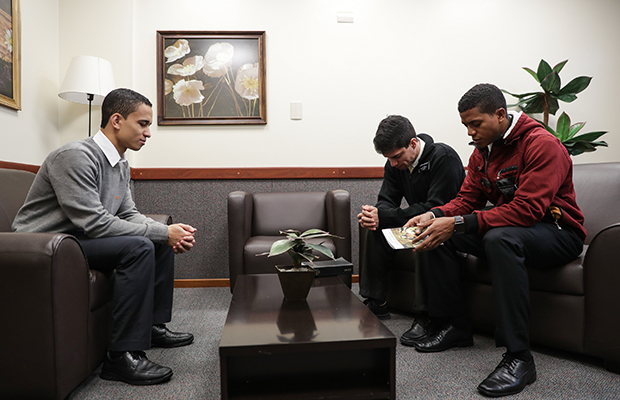 Brother Farias, an instructor, prays with Elder Abraham Gutierrez and Elder Puche while they role-play a home visit at the Brazil Missionary Training Center in São Paulo, Brazil, on Thursday, May 24, 2018. Photo by Spenser Heaps, Deseret News. 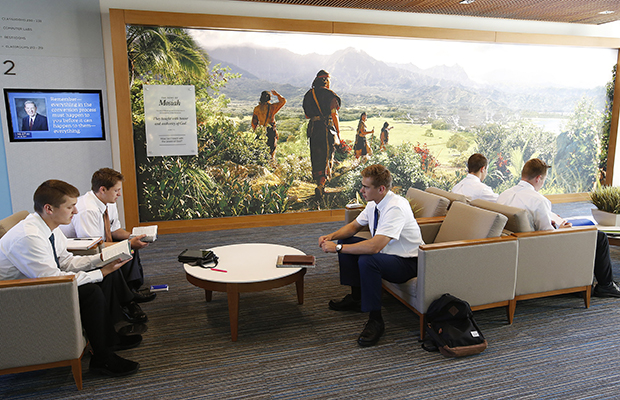 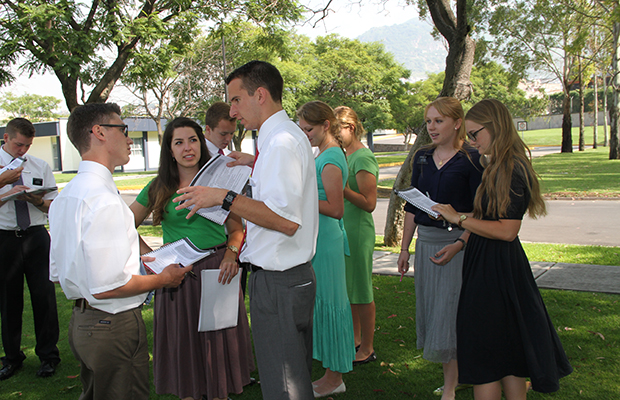 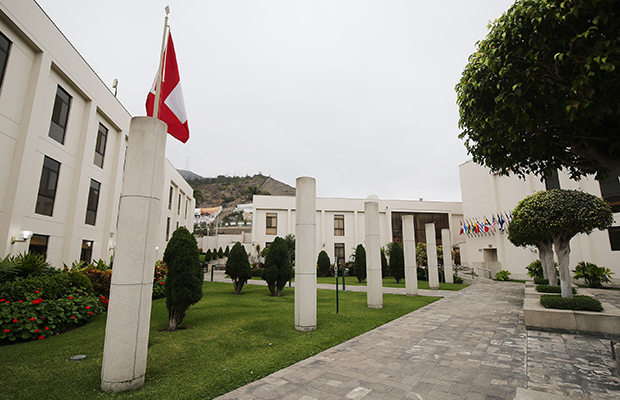 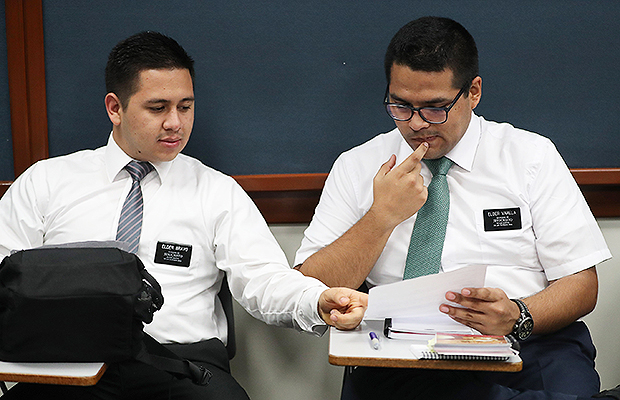 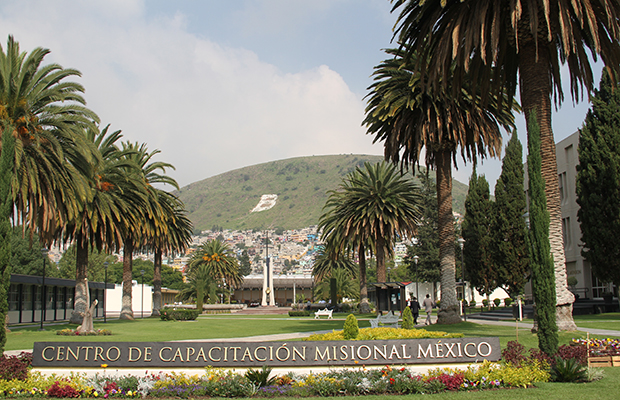 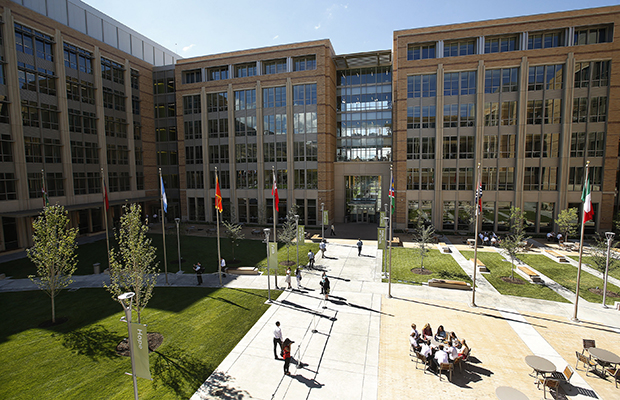 Missonary Training Centers Around the World 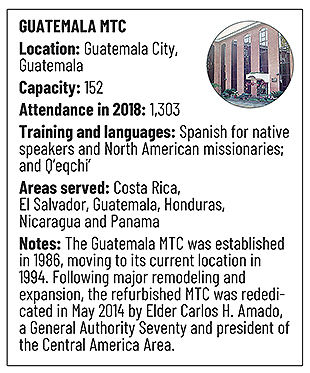 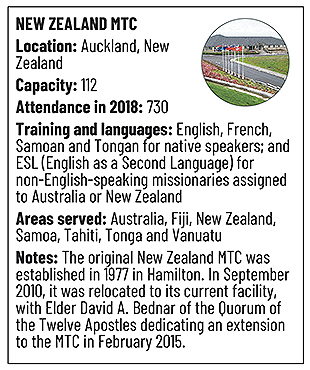 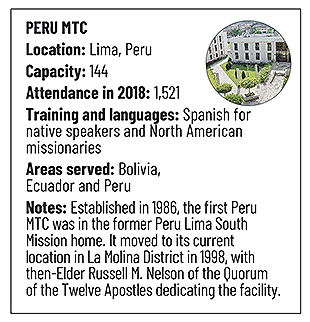 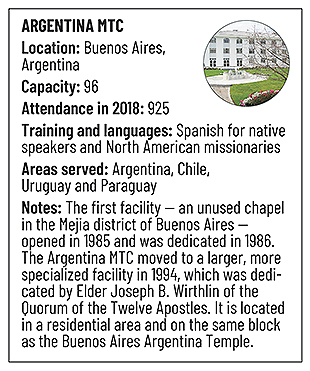 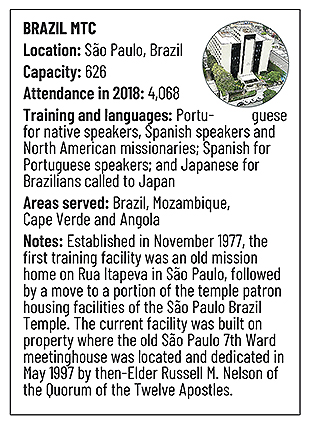 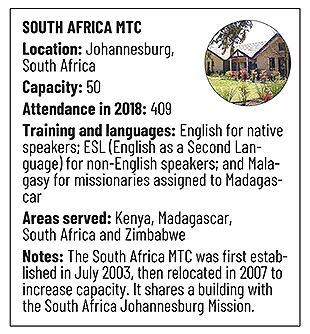 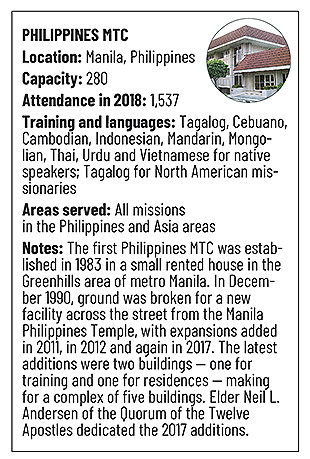 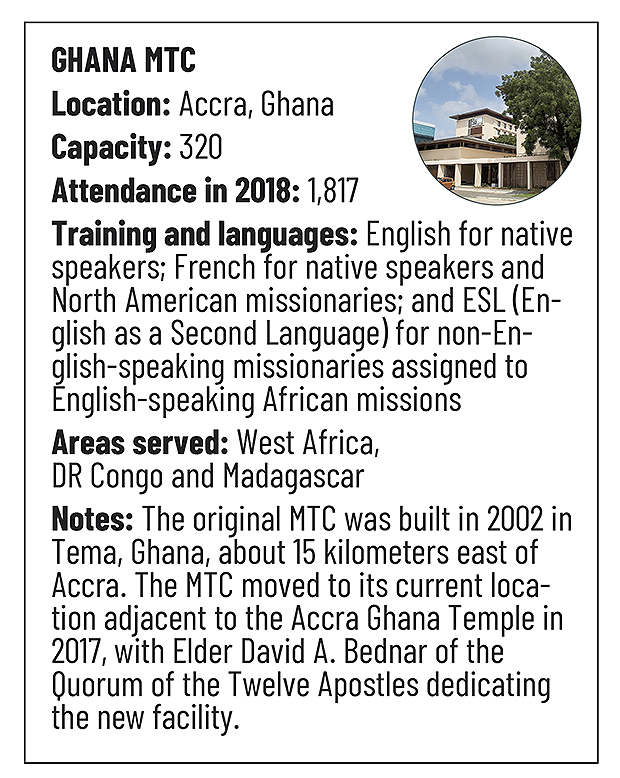 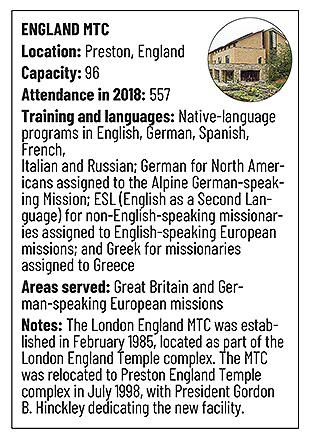 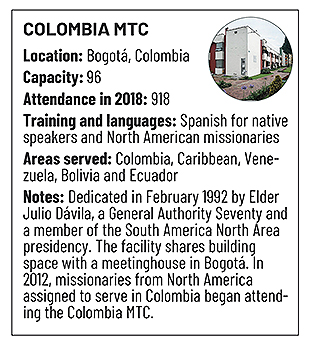 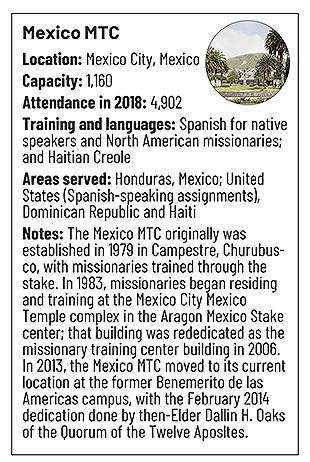 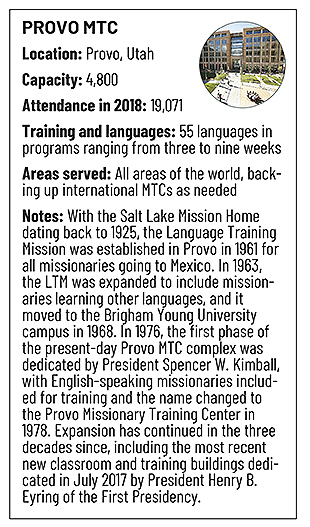