Defend Beliefs with Courtesy and Respect 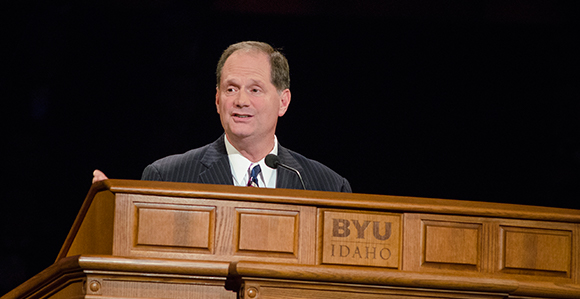 “Let no man despise thy youth; but be thou an example of the believers, in word, in conversation, in charity, in spirit, in faith, in purity.” —1 Timothy 4:12

“You and I have a difficult mission today,” said Elder Von G. Keetch, a General Authority Seventy, to students at Brigham Young University–Idaho. That mission is “to teach and defend eternal truth in the way that our Heavenly Father desires, while at the same time exemplifying the respect, compassion, and deep love that Christ exemplified.”

The devotional was in the BYU–Idaho Center on June 14, during which Elder Keetch spoke to students about how to defend their beliefs but to do so with courtesy and respect.

Elder Keetch referred to the two principles as a two-sided coin. On one side of the coin is the duty to teach and defend the doctrine of the Church, while on the other side is the duty to act as Christ would and show respect and love. “When properly understood, there is really no tension between the two great gospel principles of standing up for truth while at the same time respecting and loving others,” he said.

In 1 Timothy 4:12, Paul teaches that members need to be an “example of the believers.” However, Elder Keetch explained that being an example “is much more than just living the principles of the gospel for others to see. … Those same principles need to be part of our conversations, of our love for others, as part of the spirit we convey, as part of the faith that defines who we are.”

When confronted about beliefs it is easy to want to “sound a hasty retreat,” or “become defensive in a point/counterpoint debate,” said Elder Keetch, who gave several suggestions on how to become an “example of the believers.”

First, he told students that whenever there is a heated argument or contention, “the best way to proceed is with love, respect, and understanding, while never abandoning the conviction of truth that we hold in our hearts.” Furthermore, it is the most effective to follow the Savior’s example and to engage people one on one, he said.

Another suggestion Elder Keetch offered was to try and understand where someone is coming from and to learn to respect them as a person. Once past “the soundbites of accusation and misunderstanding that too often dominate our discussions,” it is easier to communicate effectively, he taught.

Finally, he reminded students that while they should never be disrespectful or resentful, their “desire to show kindness and love to everyone should never undermine [their] duty to stand for truth.”

Elder Keetch closed by reassuring the students that they are not alone in this struggle. If they remember to ask Heavenly Father, they will have His guidance in each circumstance. Heavenly Father will “[lead] you along [and put] thoughts in your minds and feelings in your hearts and words in your mouths at the precise moment they are needed,” he said. 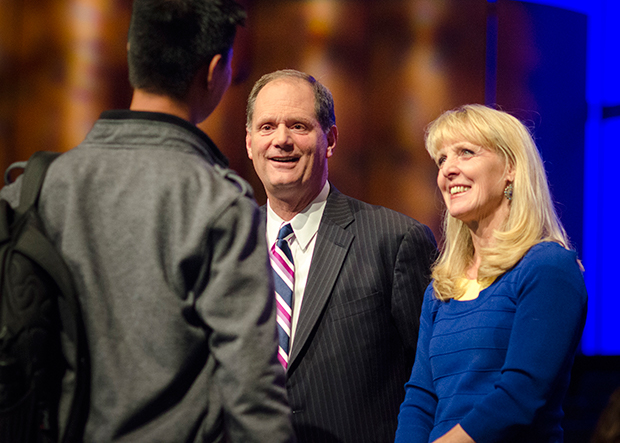 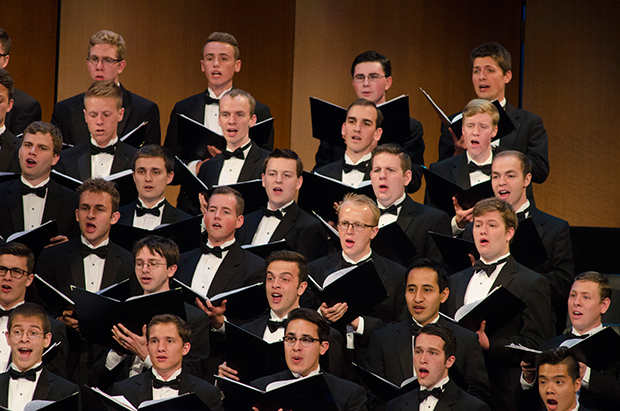 A choir sings a special rendition of “Carry On” during a devotional in which Elder Von G. Keetch spoke about being an “example of the believers.” Photo by Tyler Rickenbach, BYU–Idaho Photo. 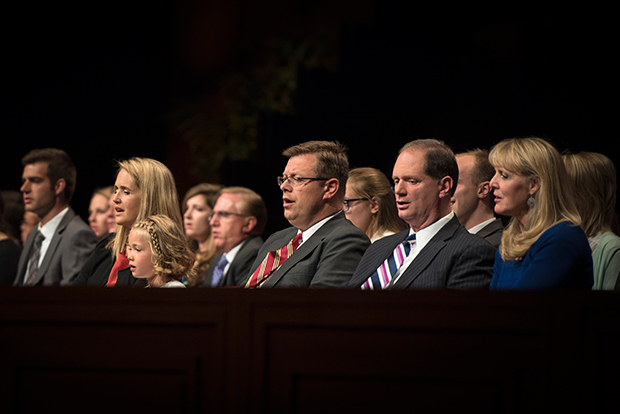 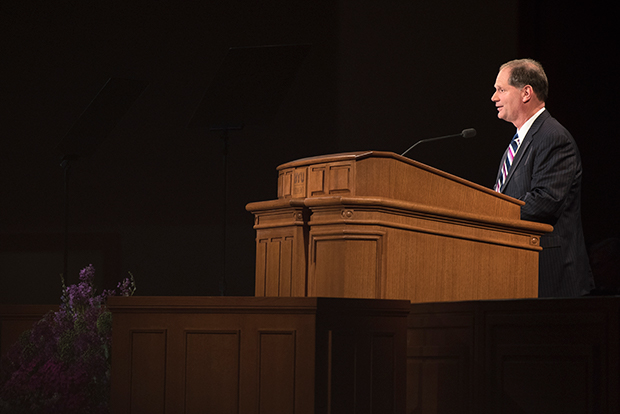