David Archuleta to Connect with Youth in Live Facebook Event 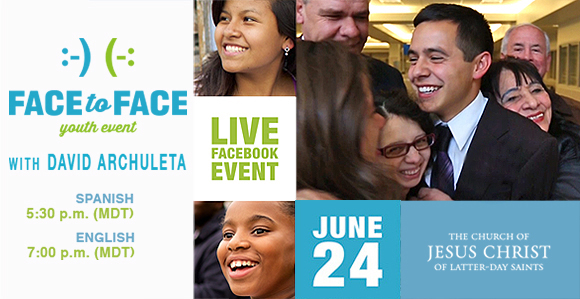 In an effort to connect youth around the world with Church leaders and with each other, Brother David L. Beck and Sister Bonnie L. Oscarson will host a live video chat with David Archuleta June 24, 2014, on the LDS Youth Facebook page. The event will be held in Spanish at 5:30 p.m. MDT and again in English at 7:00 p.m. MDT.

Brother Beck, Young Men general president, and Sister Oscarson, Young Women general president, will moderate the event and will be joined by David, former American Idol contestant and recently returned missionary, as he discusses his decision to postpone his successful music career to serve the Lord. David will be sharing experiences from his mission, answering questions, and sharing his testimony in both word and song.

“We are excited to hear about the experiences David had while sharing the gospel in Chile,” said Brother Beck. “His decision to serve the Lord is an inspiring story that will touch the hearts of young men and women who are part of the hastening of the Lord’s work.”

Youth will be able to ask questions and make comments during the live video chat. In addition to the Facebook page, the event will also be streamed live on the Youth Activities website and the Mormon Channel on YouTube. After June 24, a video of the event will be available to watch anytime.

Sister Oscarson encourages the youth to invite their nonmember friends to join in on the event. “This is a great member-missionary opportunity and will be great fun for everyone who wants to watch and participate,” she said. 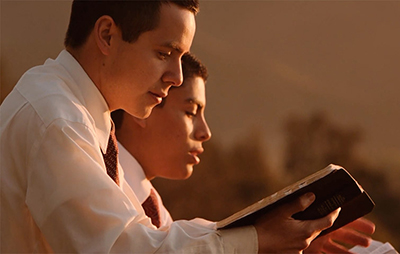 Parents and youth leaders are invited to encourage their youth to participate in this event as a scheduled Mutual activity, with their friends, or at home. 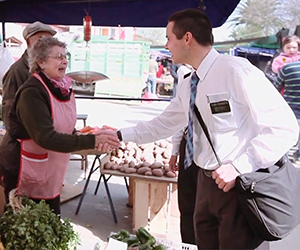 “Our youth love to gather together,” said Brother Beck. “They are strengthened as they share edifying experiences. These live social media events give them an opportunity to gather in a way they never have before in the history of the world.”

The event, titled Face to Face, is the first of four live Facebook events scheduled over the next 12 months. Youth are encouraged to join the social media conversation about these events using the hashtag #LDSface2face.

“Many of our youth feel geographically isolated in their efforts to live and share the gospel,” explained Sister Oscarson.

“Heavenly Father has inspired technology that allows them to engage in conversation with Church leaders and other youth around the world,“ added Brother Beck. ”This is a chance for them to realize that there are hundreds of thousands of youth around the world who are trying to live and share the gospel every day just like them.” 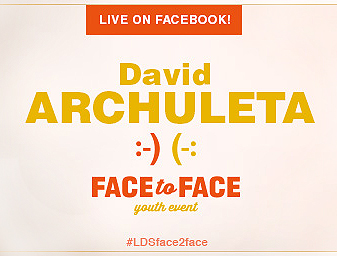