Daughters in My Kingdom: The History and Work of Relief Society to Be Released 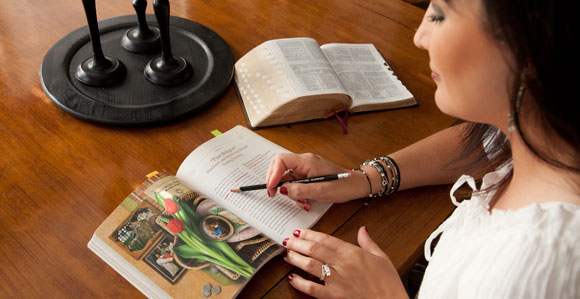 Daughters in My Kingdom: The History and Work of Relief Society, a new book about the work of the Relief Society organization in a historical context, has been prepared under the direction of the First Presidency and Quorum of the Twelve Apostles. The book is an additional resource for personal study and for teaching in the home, in Relief Society, and in other Church settings. The book will be available in English at the beginning of September and in other languages by the end of the year. The book will be available through Distribution Services after the initial shipment is sent to wards and branches in mid-September.

What the Book Is

The book came about because of an assignment to the Relief Society general presidency from the First Presidency and the Quorum of the Twelve Apostles. Although many histories of the Relief Society have been written by independent authors, Church leaders desired that a look at the work of the Relief Society in a historical context be written for the worldwide Church. Daughters in My Kingdom is the result of that charge.

Sister Beck was assigned to be the manager of the project and to determine its course by the spirit of revelation.

“I have never worked on a project that has been more Spirit-guided than this,” Sister Beck said.

Part of that process included deciding which of thousands of pages of historical documents should be included in the book. Sister Beck and her counselors, Silvia H. Allred and Barbara Thompson, studied everything the Church History Library offered on the history of the organization. They also reviewed minutes from meetings in Nauvoo during which the Relief Society was organized; interviews with Belle Spafford, who served as Relief Society general president from 1945 to 1974; and studied Women of Covenant, an independently written history of Relief Society. Following months of review and prayer, the presidency made an outline that became the table of contents. 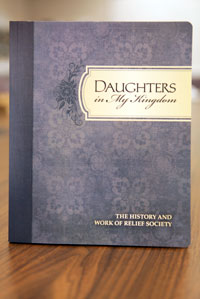 Sister Beck said that the result is not a typical chronological history but a spiritual history of Relief Society. While the book includes some chronology, its overall organization is a topical one. The book includes references to contemporary themes, stories from 50 years ago, and examples from 150 years ago. A visual timeline of historical events relating to Relief Society is also included toward the end of the book.

The Purpose of the Book

Sister Beck said that the book provides a foundation for women’s identity as daughters of God. She believes that a knowledge of that identity is important because the adversary is creating different identities that are being marketed to women. The book, she said, will help women recognize who they are in the Lord’s plan.

“The Lord’s work would not have gone forward without the women [of the Church], and I think a lot of women in our church wonder about that,” Sister Beck said. “[The book] provides value to what we do and who we are in the Lord’s plan.”

Sister Beck said the presidency tried to capture the Lord’s vision for Relief Society and put that message into simple terms that easily translate into multiple languages and transcend culture. The book was also written to be accessible for those who are first-generation members of the Church and may not have had Relief Society as part of their upbringing.

As sisters study the book, Sister Beck said, they will be able to see how Relief Society should work and what they should be doing within the organization. Although the book isn’t changing any policy, it will help sisters understand existing policy and better implement it in their ward and branch Relief Societies.

An Extra Help for Sisters

Sister Beck said that if sisters can see themselves in the work of Relief Society; understand how influential women have been in the development of the Church, both anciently and in latter days; and know their purpose and their identity, those things will fortify them and may change the things they do every day.

Sister Beck hopes that sisters will use the book to encourage and guide them through trials and hardships.

“There’s a lot of strength in the book—a lot of strength we can model,” Sister Beck said. “So on hard days, I hope [sisters] will keep their book handy and will pick it up and read one story or example that will strengthen them.”

Sister Beck also said that she hopes sisters will use the book to learn how to be better visiting teachers.

In addition to a print edition, the book will also be available online on ChurchofJesusChrist.org in September. The website will include videos about the priority messages from the book, information about the book, and the book itself in various formats. Visitors will be able to share selected quotes from the book as well.

Plans are underway for the website to be translated into several languages.