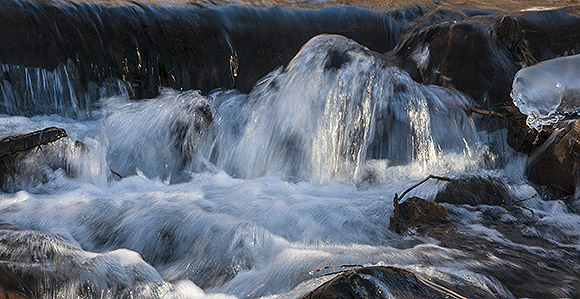 Our Heavenly Father knows each one of us and generously permits us to see and to share His divine power to save.

“That day I learned that the sweetest feeling in mortality is to realize that God, our Heavenly Father, knows each one of us and generously permits us to see and to share His divine power to save. —President Thomas S. Monson

“One warm summer afternoon when I was about 12 or 13, I took a large, inflated inner tube from a tractor tire, slung it over my shoulder, and walked barefoot up the railroad track which followed the course of the [Provo River]. I entered the water about a mile above the swimming hole, sat comfortably in the tube and enjoyed a leisurely float down the river. The river held no fear for me, for I knew its secrets.

“That day the Greek-speaking people in Utah held a reunion at Vivian Park in Provo Canyon, as they did every year. Native food, games, and dances were the order of the day. But some left the party to try swimming in the river. When they arrived at the swimming hole, it was deserted, for afternoon shadows were beginning to envelop it.

“As my inflated tube bobbed up and down, I was about to enter the swiftest portion of the river just at the head of the swimming hole when I heard frantic cries, ‘Save her! Save her!’ A young lady swimmer, accustomed to the still waters of a gymnasium swimming pool, had fallen from the rock into the treacherous whirlpools. None of the party could swim to save her.

“Suddenly I appeared on the potentially tragic scene. I saw the top of her head disappearing under the water for the third time, there to descend to a watery grave. I stretched forth my hand, grasped her hair, and lifted her over the side of the tube and into my arms. At the pool’s lower end, the water was slower as I paddled the tube, with my precious cargo, to her waiting relatives and friends.

“They threw their arms around the water-soaked girl and kissed her, crying, ‘Thank God! Thank God you are safe!’ Then they hugged and kissed me. I was embarrassed and quickly returned to the tube and continued my float down to the Vivian Park bridge.

“The water was frigid, but I was not cold, for I was filled with a warm feeling. I realized that I had participated in the saving of a life. Heavenly Father had heard the cries, ‘Save her! Save her,’ and permitted me, a deacon, to float by at precisely the time I was needed. That day I learned that the sweetest feeling in mortality is to realize that God, our Heavenly Father, knows each one of us and generously permits us to see and to share His divine power to save.”