“I paint about integrity of life. It all has meaning to me, so hopefully it has meaning to those who see it too.” —Kathleen Peterson, Latter-day Saint artist

Visitors to the Conference Center during general conference can enjoy a collection of paintings celebrating the lives of several faithful women from the Bible.

Located on the west side of the Conference Center's plaza level, the exhibition features 11 new oil paintings by Latter-day Saint artist Kathleen Peterson. Sister Peterson is a wife, mother and grandmother who paints in her home studio in central Utah’s rural Spring City.

The paintings in the Conference Center exhibition depict the biblical stories of several strong women, including Mary, the mother of Jesus; Mary Magdalene, the Samaritan woman at the well, Eve, Deborah and Esther.

Sister Peterson said she prayerfully approached her artistic interpretations of each biblical woman of faith. She studied the scriptures and sought inspiration on how each subject would be depicted.

“I tried to illustrate what it seemed like to me,” she said.

On painting Eve, for example, she observed, “I thought she must have been such an amazing individual to really grasp that concept of what she was doing when she partook of the fruit. She was cast of out the garden, but it was the only way that they could really experience life.”

And of the poor widow who tithed her mite: “I tried to do her simple and plain, putting symbolic rich people around her who had a lot and were proud of what they had, but she gave all she had, which was huge.”

Sister Peterson said painting can double as a prayer or meditation. 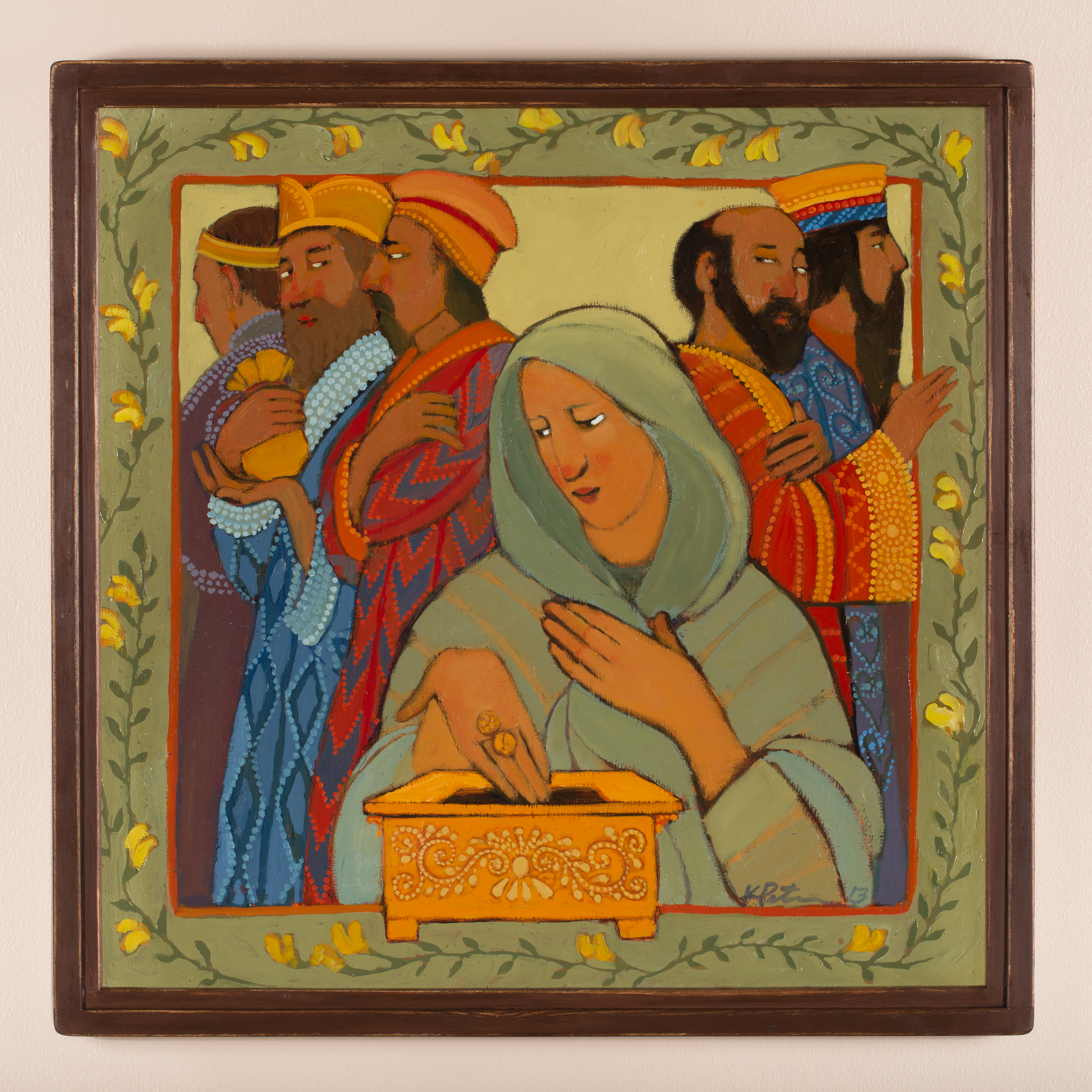 “Widow's mite” by LDS artist Kathleen Peterson will be on display at the Conference Center during the October 2014 general conference. Photo by Scott Davis, Scott Davis Photography (scott-davis-photo.com). 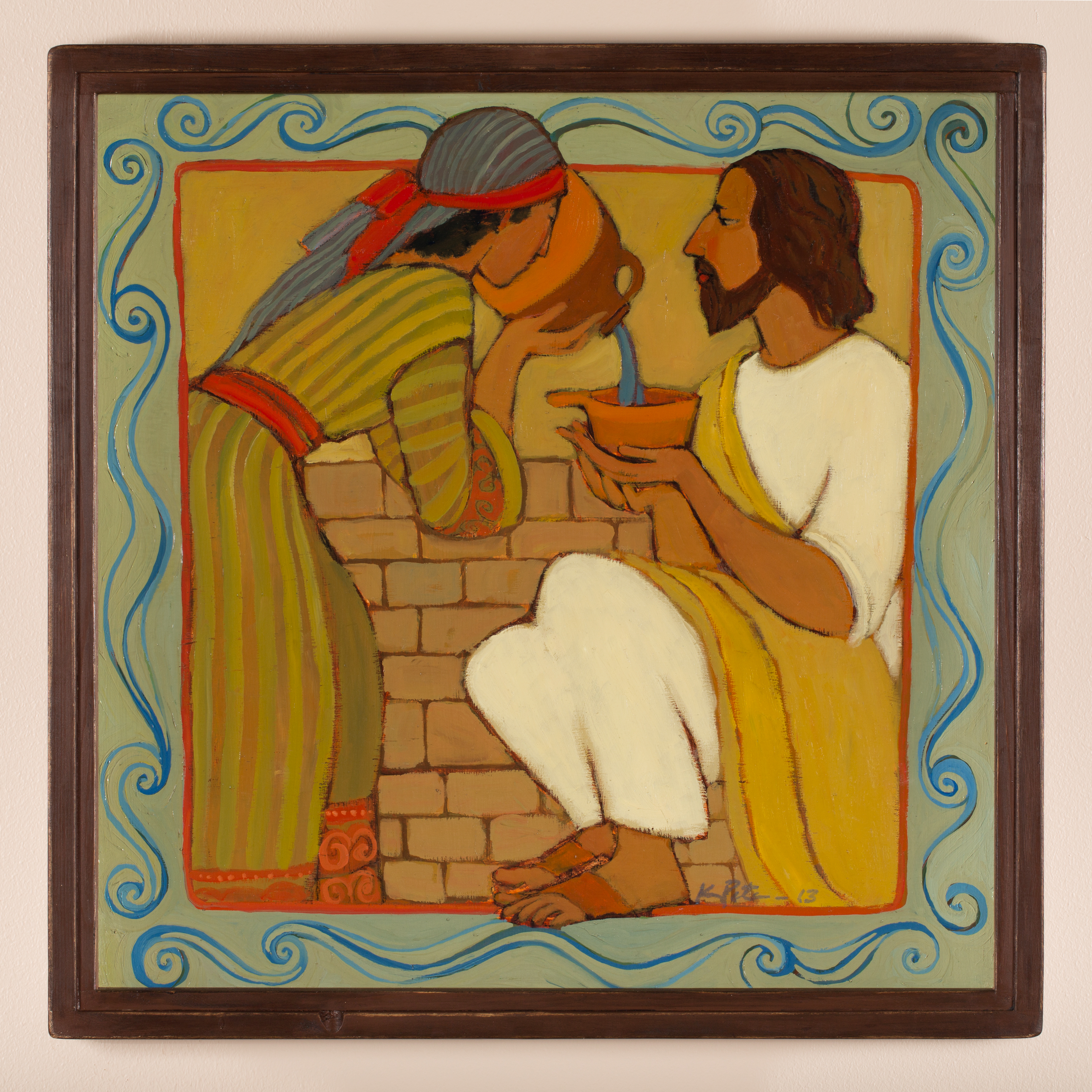 Kathleen Peterson's “Woman at the Well” is part of an 11 painting exhibition on display at Conference Center during the October 2014 general conference. Photo by Scott Davis, Scott Davis Photography (scott-davis-photo.com). 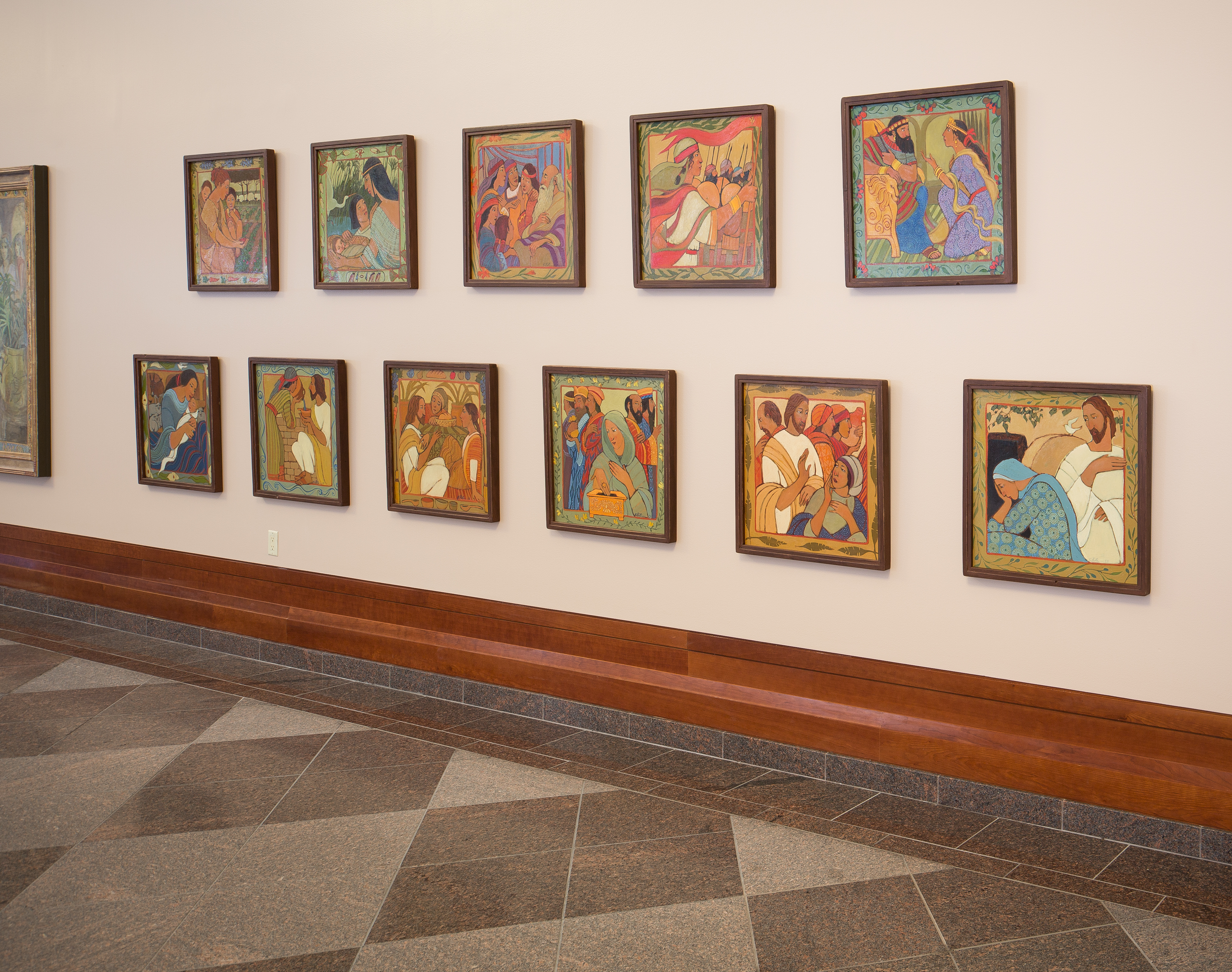