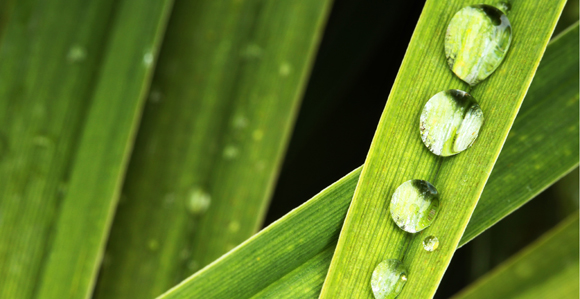 In the South Pacific island nation of Vanuatu, water resources can be slim, but the Church’s clean water project helped locals learn how to better store water.

Maria and Charlie Joe Rewi live high in the lush mountains of Vanuatu, an island nation in the South Pacific. By some standards, the living conditions of Vanuatu are very simple, but the residents of the village of Iamanaer feel very blessed. They can grow and produce almost everything they need. Everything, that is, except water. During the rainy season a small stream emerges at the base of the mountain. With a great deal of effort, each family can carry the day’s water back up the steep mountain trail. In the dry season the stream often dries up, forcing them to walk long distances to find water.

About 10 years ago, Sister Rewi had a dream in which she was taken to a place in a dry streambed. She was told to take her long knife and stab it into the dirt where she would find water. Sister and Brother Rewi went to the place shown in her dream and thrust her knife deeply into the dirt. Water came spurting from the ground. While there was still a need for additional water resources, they recognized this blessing of clean water as a show of love from their Heavenly Father. They say that their miracle water is “more valuable than gold.”

As important as the water miracle was, another dream brought the family a blessing of eternal water that never dries up. She dreamed that she would meet two young men; very shortly thereafter they met the missionaries, whom they recognized immediately from their dream. Soon they, along with their family, were baptized.

Because of their love for the people of their village, Brother and Sister Rewi actively search for ways to make life better for all. Brother Rewi and the village water committee contacted the humanitarian missionaries in Port Vila, Vanuatu, with a request for a water storage tank for their village of about 200 people.

Their request was approved, and a water tank was shipped to the island. In preparation and with much effort, the men of Iamanaer made a road up the mountain. When the tank arrived at the dock, they were there with a truck to transport the tank. At times the road was so steep and treacherous that they had to attach the truck to ropes and pull it by hand. The distance was far and the roads sometimes nearly impassible, but the cargo was precious. Only by sheer will and determination were they able to get the tank up the hill and install it.

Gutters were installed around the roof of a local church, and the rainwater is collected into the water storage tank. With care, water collected and stored during the rainy season will last until the next precious rainfall.