The front entrance of the Albuquerque New Mexico Temple and the fountain in the evening.

Amid rapidly changing health concerns regarding the worldwide spread of the coronavirus, the First Presidency and Quorum of the Twelve Apostles announced on Friday, March 13, temporary adjustments to temple work.

“Rapidly changing health conditions around the world have been a source of growing concern,” wrote the senior leaders in a letter to all Church members. “Many governments have placed restrictions that have required the temporary closure of a number of temples.”

The adjustments came as the First Presidency and Quorum of the Twelve Apostles “prayerfully sought to balance” current limitations “with the need to carry on temple work.”

Church members will be provided with instructions when they schedule their appointments for living ordinances, according to the letter. Individuals with currently scheduled appointments will be contacted by temple staff.

“Steps will be taken in all temples to minimize the risk of spreading disease, including reducing temple staff, limiting guests at living ordinances, and following guidelines for interacting with patrons. Additional information will be provided to temple presidencies, and further adjustments will be made as necessary.”

Church leaders said they “look forward with great anticipation to the time when temples can again operate at full capacity and extend the blessings of temple work to members and their ancestors.” 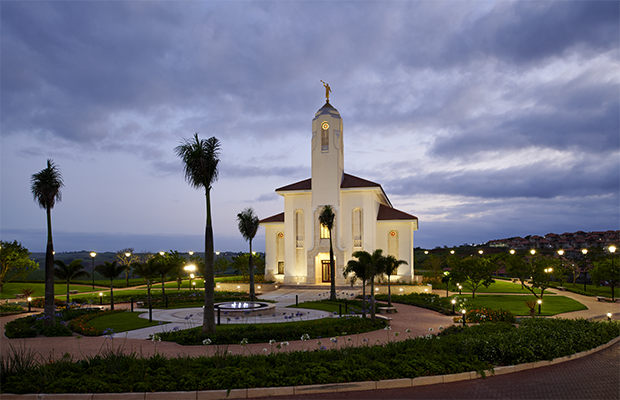 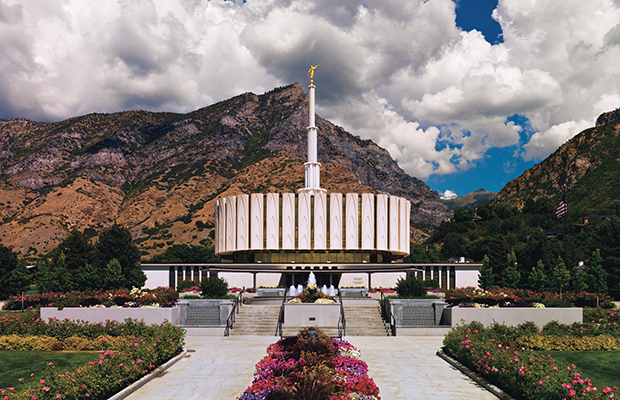 The front of the Provo Utah Temple on a partly cloudy day.