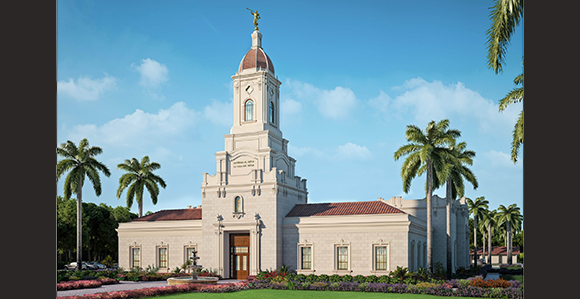 Rendering of the Puebla Mexico Temple. The groundbreaking ceremony is scheduled for November 30, 2019.

The groundbreaking for the Puebla Mexico Temple will be held on Saturday, November 30, 2019, the First Presidency of The Church of Jesus Christ of Latter-day Saints announced on September 24.

Elder Arnulfo Valenzuela, President of the Mexico Area, will preside at the groundbreaking. Attendance will be by invitation only, though the services are planned to be transmitted to stake centers within the proposed temple district.

President Russell M. Nelson announced the Puebla Mexico Temple in the October 2018 general conference, along with 11 other temples. The temple in Puebla will be Mexico’s 14th temple. There are more than 1.4 million Church members in the country, in over 1,800 congregations.

According to Newsroom, a total of 209 temples worldwide are operating, are undergoing construction or renovation, or have been announced.