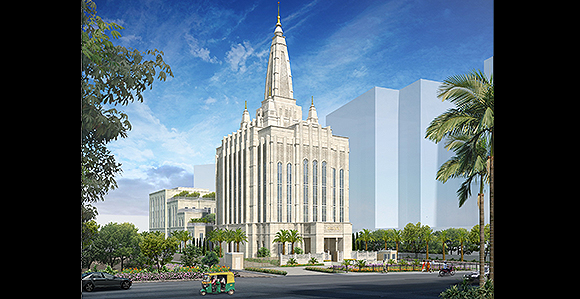 A rendering of the Bengalru India Temple—the country’s first.

A rendering of The Church of Jesus Christ of Latter-day Saints’ first temple in India was released on Wednesday night, January 15.

The artist’s rendering of the exterior of the Bengaluru India Temple, which was announced by President Russell M. Nelson in April 2018, showcases the planned construction and design for the 38,670-square-foot temple.

Located at 2-B, Garudachar Palya, Mahadevapura, Bengaluru, Karnataka, in India, the temple will be built on a 1.62-acre lot along with a new two-level meeting house, new Church offices, a distribution center, and housing for temple patrons. Existing Church offices and the meetinghouse located at the site will be removed during construction.

A groundbreaking date has not been set for the future temple at this time, and further details regarding plans for the temple will be made available to the public at a later date. Project leaders for the new temple will begin working with local government leaders over the coming weeks and months to begin the approval process for construction and design permits.

In a country with nearly 14,000 members and 45 congregations, the temple in India is a much anticipated blessing for Latter-day Saints who have previously had to travel great distances to visit a temple. 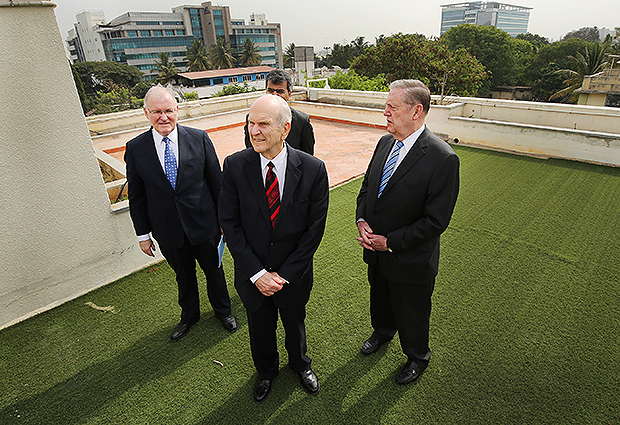