An actor portrays King Benjamin speaking to his people (see Mosiah 1–5) in a scene from the Book of Mormon Videos series.

The first of eight new Book of Mormon Videos episodes was released today on the series’ YouTube page and on ChurchofJesusChrist.org. Featuring the story of King Benjamin’s address, the latest video pulls from the book of Mosiah, chapters 1–5, in the Book of Mormon.

The video depicts the people of Zarahemla as they gather to hear their leader preach the gospel of Jesus Christ one more time before naming his son Mosiah as their new king.

The next seven videos in the series, scheduled to be released weekly on Fridays between today and May 15, excluding April general conference and Easter weekends, will highlight stories from the books of Mosiah and Alma in the Book of Mormon.

Viewers can also subscribe here to receive notifications when new videos are published on the Book of Mormon Videos YouTube channel.

The video series is being released slowly following a multiyear filming project in Utah and throughout North America, which began in 2017. The series is meant to help “bring people to the [Book of Mormon]” in a new way, said Sister Reyna I. Aburto, Second Counselor in the Relief Society General Presidency, who has been part of the video project’s steering committee. 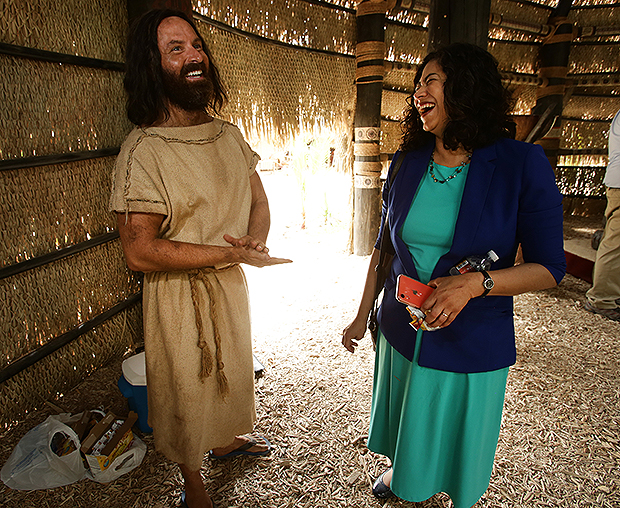