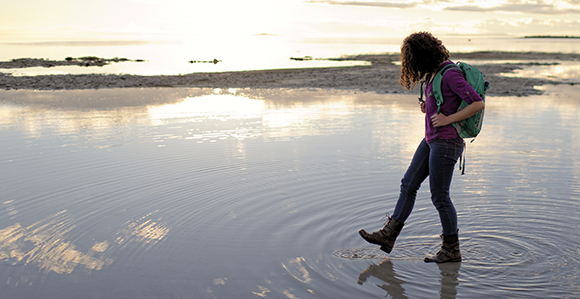 Preventingsuicide.ChurchofJesusChrist.org provides essential information for those who are contemplating suicide, are worried about someone who might be considering suicide, or have lost a loved one to suicide.

The Church has published a new website devoted to suicide prevention. The release of preventingsuicide.ChurchofJesusChrist.org and other helpful resources September 8 purposely coincides with National Suicide Prevention Awareness Month in September and World Suicide Prevention Day September 10.

Preventingsuicide.ChurchofJesusChrist.org is the second Church website published in the past 60 days that deals with serious public health issues. Mentalhealth.ChurchofJesusChrist.org went live June 21 (see related story). The timing for the two websites is appropriate given that 90 percent of people who die by suicide also lived with mental illness, according to the National Alliance on Mental Illness (NAMI).

Other suicide statistics are equally concerning:

A notice from the Church dated September 8, 2016, encourages priesthood leaders to “actively support individuals who are affected by suicide” and make members aware of these new or updated resources:

Preventingsuicide.ChurchofJesusChrist.org, currently available in English, provides essential information for those who are contemplating suicide, including links to crisis hotlines. It also describes proactive measures that people can take if they are worried about someone who might be considering suicide. Finally, it reaches out to those who have lost a loved one to suicide with counsel and comfort.

The website’s Help and Support section for people either struggling with suicidal thoughts or worrying about someone who is struggling includes a list of warning signs.

Also featured on the website is the video “Sitting on the Bench: Thoughts on Suicide Prevention,” which the Church released in December of 2014 (see related story). In the video, a young man named Seth shares what led to his suicide attempt and how he later found hope in the love and acceptance of his family and the Lord.

“Obviously, we do not know the full circumstances surrounding every suicide, Elder M. Russell Ballard of the Quorum of the Twelve Apostles has taught. “Only the Lord knows all the details, and he it is who will judge our actions here on earth. When he does judge us, I feel he will take all things into consideration: our genetic and chemical makeup, our mental state, our intellectual capacity, the teachings we have received, the traditions of our fathers, our health, and so forth” (“Suicide: Some Things We Know, and Some We Do Not,” Ensign, Oct. 1987, 8).

What can I do?