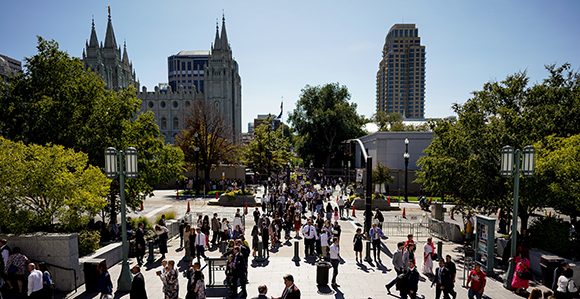 The Church of Jesus Christ of Latter-day Saints again denounced abusive forms of conversion therapy on Tuesday but also announced its opposition to the proposed Utah licensing rule that would ban those therapies, calling it too broad and ambiguous.

The rule should be amended or dropped in favor of a legislative solution, the Church said both in a statement and in a 13-page letter from the Church’s counseling services arm, Family Services, to the Utah Division of Occupational and Professional Licensing.

“Although well intentioned, the proposed rule as written will strongly dissuade many responsible therapists from providing much-needed therapy to minors,” the letter said. “That is especially true of therapists whose counseling respects the religious identity and faith perspectives of Latter-day Saints and members of other faith communities with biblically informed beliefs about gender and sexuality.”