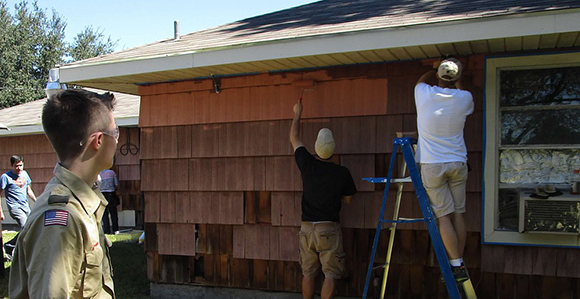 Gloria Adams, 82, made her way past the ladders and buckets of paint in front of her brick home in the Hiram Clarke area of Houston. She looked up to a newly repaired and painted area under the eaves.

“I had a covering to that hole propped up with a stick. I was afraid animals could get in,” she said. “These folks have done a wonderful job. They’re a blessing.”

At a home nearby, Barbara Simms, 68, was, herself, at work with a paintbrush, priming shingles for her wood-shingled home. A swarm of workers was tearing off rotting shingles from her wood home and replacing them with new ones. Others were painting the entire house.

Everyone was smiling: the two elderly women whose homes were getting much-needed facelifts; the men, women, boys, and girls who were taking a beautiful Saturday to work with hammers, scrapers, and paintbrushes; and the two Boy Scouts who were leading the effort through Rebuilding Together Houston.

By the end of the day, two women had homes that were in far better condition than they’d been for years. They had received help in achieving their goal of staying in their own homes. And they had felt the love that had been given by strangers who had become friends.

Rebuilding Together Houston repairs the homes of low-income, elderly homeowners, veterans, and the disabled. In over 30 years, the program has assisted over 11,000 families. The nonprofit organization raises money for materials used for the repairs and provides training for crew leaders. Individual volunteers and crews bring their own tools, contribute some of the supplies, and do the work that doesn’t require professional contractors.

Two of the most recent projects were led by Trevor Mangum, 16, and Gunnar Gregg, 15, members of a Boy Scout troop sponsored by the Hermann Park Ward. Each of the Scouts organized repair efforts for a Rebuilding Together Houston home in order to achieve the highest rank in Boy Scouting—the Eagle.

Much of the work on the brick house repaired by Gunnar’s crew was done by volunteers working high on ladders.

“I couldn’t have younger Scouts work on the ladders,” he says. “But I got help from adult volunteers from my church.”

His family helped too. Gunnar’s parents, Mike and Peggy Gregg, his brother Matthew, 17, and his aunt Deidre Gregg were all hard at work.

At the wood-shingled house where Trevor oversaw repairs, there were tasks for people of all ages. Trevor directed volunteers to work stations, demonstrated what they were to do, and presided over a beehive of activity. Trevor’s parents, Don and Jean Mangum, were in the thick of the action.

One of the house painters, Steven Blake, was preparing to depart to Mexico City, where he would begin his missionary service.

Working nearby, hammering in new shingles, was Dane Roberts, a school assistant principal.

“I used to work in construction, but this is something new for me,” he said.

Other volunteers, Adam and Erin Hansen, were priming shingles, along with one of the youngest volunteers, Cub Scout Seth Davis, 9.

Coincidentally, each of the women who received assistance through the work parties have lived in their homes for about 40 years and each has lost the family member who had been helping with repairs to leukemia—a son who died eight years ago and a husband who died 23 years ago. But they don’t have to face their home maintenance challenges alone.

“We had 47 crews working that weekend,” said Terry O’Reiley, Rebuilding Together Houston director of community relations. “Over the years, numerous Boy Scouts have worked with us on their Eagle projects, and we’d love to have more.

“It’s especially nice getting the youth involved,” she said. “They learn skills and they interface with our seniors. It gives them hope in the younger generation.”

The partnership of Boy Scouts of America, Rebuilding Together Houston, and volunteers from a wide variety of faith-based groups, companies, and other organizations is helping those who wish to age gracefully in the homes that they own but cannot afford to maintain. At the same time, for countless numbers affected, it is rekindling community spirit and building a better Houston. 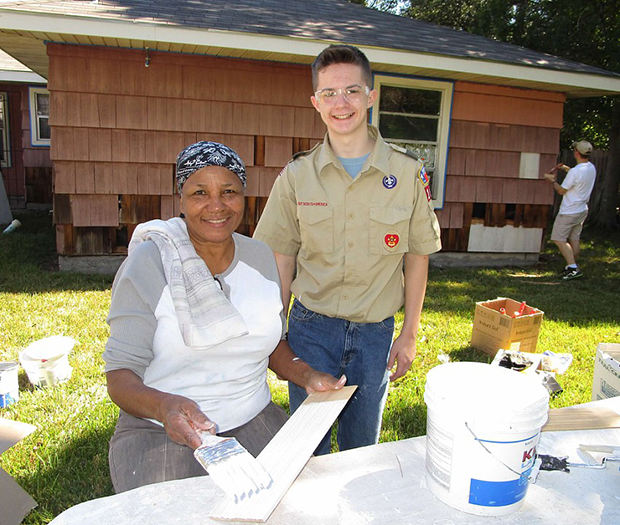 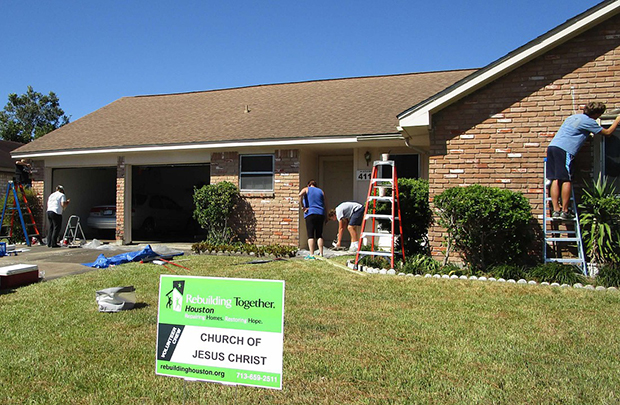 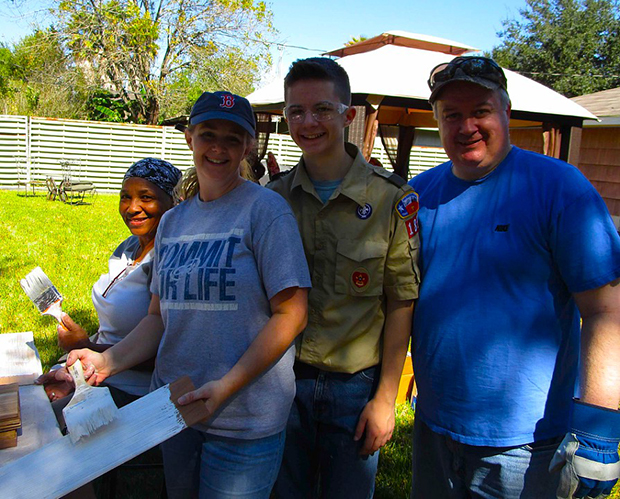 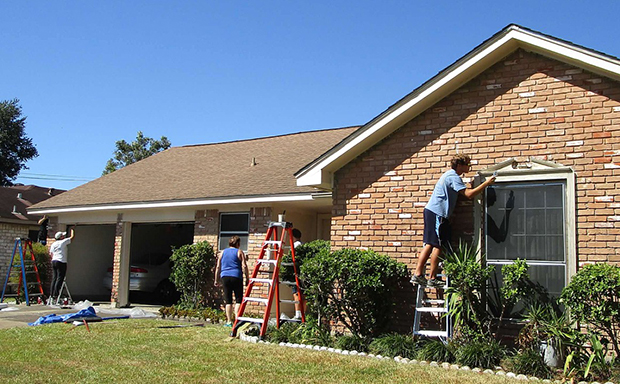