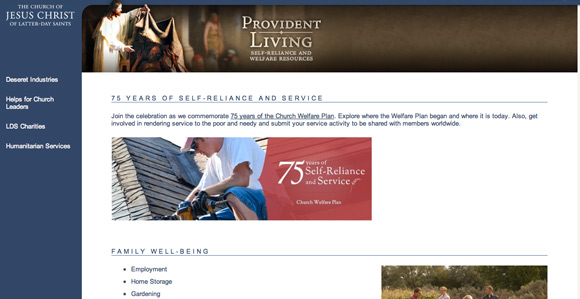 In the July issue of the Ensign Magazine and in Mormon Identities on the Mormon Channel, Luke Erickson, a personal finance educator, provides solutions for becoming free of debt.

“There is not one main cause of debt. There is a wide variety of paths that lead us to that situation,” Brother Erickson said in the broadcast.

The “debt-snowball” method, Brother Erickson said, has been the most effective strategy to debt elimination he has seen in his years as a personal finance educator. This method involves arranging debts from the smallest to the largest balance and then making minimum payments on all the debts except for the smallest, to which one devotes as large of a payment as possible.

Once the smallest debt is payed off, the money that was used to pay off that debt goes to the next smallest balance. This “snowball” process is repeated until all debt is eliminated.

Brother Erickson quotes President Monson, who has said that members will be happier by living within their means and getting out of excessive debt.