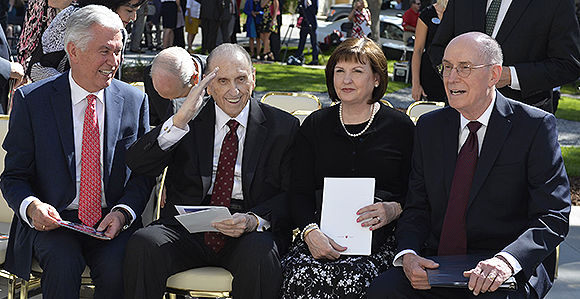 The Church issued the following statement on Tuesday, May 23, regarding President Thomas S. Monson and his involvement in the daily operations of the Church:

“Because of limitations incident to his age, President Monson is no longer attending meetings at the Church offices on a regular basis. He communicates and confers with his counselors on matters as needed. President Monson is grateful that the work of the First Presidency and Quorum of the Twelve Apostles continues without interruption. He appreciates the prayers and support of Church members.”

President Monson, who is 89, has been serving as the President of the Church since February 3, 2008, after serving as an Apostle since 1963, when he was ordained at 36 years old.

In recent years, President Monson has been feeling “the effects of advancing age.” In April of this year, he gave two short addresses during the priesthood and Sunday morning sessions of general conference. He was hospitalized for two days the Monday following but resumed his daily duties the Thursday after, according to Church spokesman Eric Hawkins.

A statement issued in October 2016 noted that President Monson “spoke at general conference and attended all the meetings. He comes to the office every day, attends First Presidency and committee meetings, leads the discussion, and makes decisions. The workload of the First Presidency is up to date.”

President Russell M. Nelson, President of the Quorum of the Twelve Apostles, noted in an October 2014 conference address that the Lord Himself has instituted “a remarkable system of governance that provides redundancy and backup. That system provides for prophetic leadership even when the inevitable illnesses and incapacities may come with advancing age. Counterbalances and safeguards abound so that no one can ever lead the Church astray. Senior leaders are constantly being tutored such that one day they are ready to sit in the highest councils” (“Sustaining the Prophets”).

President Gordon B. Hinckley, who served as a counselor in the First Presidency to two ailing Church Presidents—President Spencer W. Kimball and President Ezra Taft Benson—explained in a 1994 conference address: “When the president is ill or not able to function fully in all of the duties of his office, his two counselors together comprise a Quorum of the First Presidency. They carry on with the day-to-day work of the Presidency. … But any major questions of policy, procedures, programs, or doctrine are considered deliberately and prayerfully by the First Presidency and the Twelve together” (“God Is at the Helm”).

In 2013, on reflecting on his five-year anniversary as President of the Church, President Monson said, “Age eventually takes its toll on all of us. … Despite any health challenges that may come to us, despite any weakness in body or mind, we serve to the best of our ability. I assure you that the Church is in good hands.”

He continued, “Our Savior, Jesus Christ, whom we follow, whom we worship, and whom we serve, is ever at the helm” (“Reach Out to Rescue”). 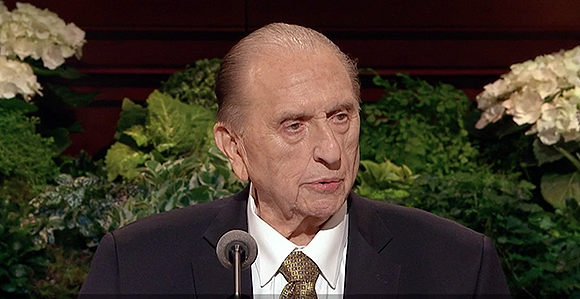